Posted in Limited Information on August 28, 2013

ore set Limited has a tendency to shine light on subjects that remain hidden in more complex formats. It's easy for fundamental Limited concepts to get lost in the fray of color fixing, power, and complex interactions. Core set liberates us a bit and lets us concentrate on some basics for a while.

There are many misconceptions about what makes a good card in Limited, and why. The "why" is the important part. I believe that someone can know something to be true, but without the knowledge of why it's true, it's almost meaningless. I've heard people say a card is good or bad—and be correct—yet still lack the ability to explain why that is the case. I like to dive deep on subjects like this. 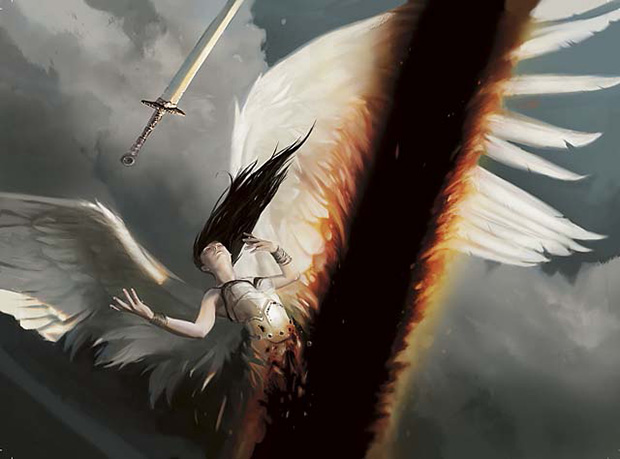 An example: Doom Blade is great. Everyone seems to know this. But why is it good? I know many people who would balk at this question. It's obvious to them, so it's not worth dissecting. I think differently. I think this particular frog is well worth dissecting. I think that doing exercises like this gives us the tools we need to put new and complex cards under the microscope later.

I also think that it helps give us a background when explaining to other, newer players how these fundamentals work. If you think that explaining Magic concepts to new players is just for the column-writing podcasters of the world, you're wrong.

A big part of Magic's appeal is the community aspect, and helping people get better at the game is one of the many ways in which players interact.

Let's start with Doom Blade, as an exercise, and then move to some other more complex—and often misunderstood—cards.

It's a beautiful and simple design. A riff on Terror, Doom Blade represents one of the most simple and clean cards around. It's also a flat-out awesome card in Limited.

But why is it good? What are the inner workings that lead us to this seemingly obvious conclusion?

Well, first and foremost: Doom Blade is removal. And in Limited (especially core-set Limited) removal is king. The main reason for this is that there isn't that much of it around, and it varies greatly in efficiency and potency. Doom Blade offers a rare combination: It's both efficient and potent. It kills almost anything on the battlefield, it kills it dead, and it costs a paltry two mana. It's also instant speed, which opens the door for combat trickery and potential two-for-ones if our hapless opponent is playing Auras or combat tricks.

So, these are the good things about Doom Blade, and they all add up to a great card. Chances are, you probably already knew this. What is it that makes this card better than most others? It's the combination of these things. It's the fact that Doom Blade is removal, cheap, easy to cast, thorough, and instant speed.

It's the fact that it's all of these things that makes it special.

If we were to compare it to another good card, say, Shock, for example, we would find that they have a lot in common. Yet Shock isn't nearly as good as Doom Blade. Shock is removal, it's an instant, and it's easy to cast. But it's not thorough (it doesn't kill Air Servant or Rumbling Baloth, for example), and that matters. And that's all it takes to go from premium to just, well, good.

Doom Blade is awesome because it's a unique combination of desirable attributes piled onto one card. That's what makes it special.

Let's talk about some less-special cards and see how they stack up.

Cancel—and its cousins Negate and Essence Scatter—are fan favorites. People tend to overrate them, however. Or, if they aren't overrating those cards, they are often assessing the cards poorly, even if they do come to a reasonable evaluation in the end.

Cards like Cancel have some pretty serious upside: They counter virtually any spell in the set, they interact with spells that are difficult to interact with on the battlefield, and they do so relatively cheaply. What's not to love?

It turns out that counterspells are very conditional. They are also pretty darn difficult to play correctly.

Counterspells also can't fix problems that already exist. Imagine our opponent resolves some huge creature like Colossal Whale. We desperately draw our card for the turn hoping for something to help deal with Moby Dick over there, and we rip... Cancel.

Yuck. You can see the downside here. (I'll also note that this is another reason why Doom Blade and the like are so good.)

So is Cancel awful? Unplayable even?

The key to counterspells is putting them in the right deck, and then playing them well. What does the right deck look like for counters? Usually, an aggressive deck that can deploy several cheap (and hopefully evasive) threats, then protect them with counterspells. This is particularly effective with flying creatures, as once you get ahead on board, there aren't that many cards in your opponent's deck that you really care about. Creatures with flying or reach, or removal spells, are about it. Anything else you can let resolve, knowing that you have the advantage. 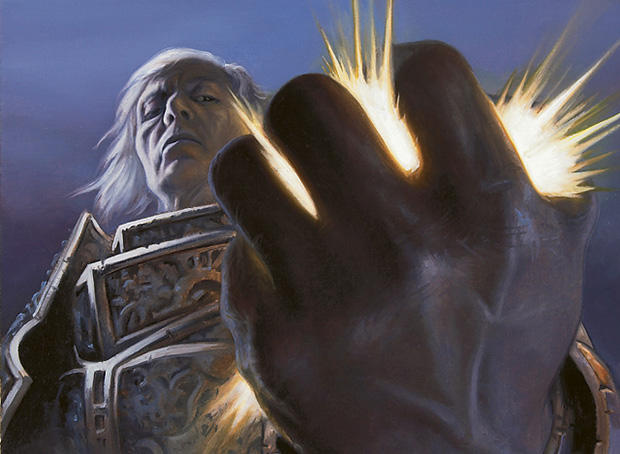 It turns out counterspells are pretty good role players in Limited. You just need to have a plan in which they can perform.

Sweepers—or "Wrath effects" as they are commonly called—are some of the most difficult cards to evaluate in all of Limited. There are many obstacles preventing sweepers like Day of Judgment and Planar Cleansing from truly shining.

First, as we know, Limited is primarily made up of creature-based decks. While that seems like a good thing for a sweeper, you have to remember that your deck is also made up primarily of creatures. We will find ourselves with an advantageous board position and a sweeper stuck in our hand, resulting in a virtual mulligan.

I'll repeat: Sweepers do virtually nothing if we are ahead on board.

Sure, they can be a reset button if things go awry later, but you have to wonder if you would have just won the game instead of worrying about reset buttons if you had another threat or board-affecting spell in hand.

Second, the opponent gets to rebuild before you do. While you may gain some card advantage by casting the sweeper, it's common that it uses up your mana for the turn and you are stuck passing the turn back to someone with cards in hand and mana on the table. Our opponent gets to start deploying threats before we do.

Third, once our opponent is aware that we have a sweeper, it gets far worse. He or she is able to cast just enough threats to pressure us, keeping back some of them in case we Wrath the board. 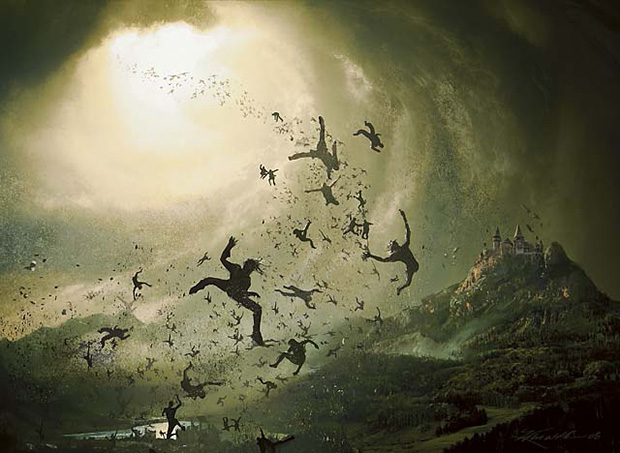 We aren't painting a pretty picture for sweepers here, are we? It sounds almost like they are more trouble than they are worth; but that is not the case. Sweepers are generally first-picks in Limited (depending on the converted mana cost), and rightfully so.

How can this be? We just made a laundry list of downside regarding sweepers. But the upside is huge. The fact is that sweepers offer a nearly unique effect in Limited, and that has a lot of value. Letting our hapless opponent over-commit to the battlefield with every creature in his or her hand, then pulling the trigger on a sweeper is one of the best feelings in the game. Guaranteed Shatterpause, every time. (A Shatterpause is when you cast a spell so devastating, your opponent just sits there in silence for a second before reacting.)

The fact that you get to be the one to push the button on this little beauty is huge. Combine that with the fact that sweeper effects are often just the most outright powerful things you can do in Limited, and you have winning combination.

When I put a counterspell or sweeper in my deck, I know why I'm doing it and I do it with purpose. These are temperamental cards that demand certain conditions before returning a full yield. When I include these types of cards in my twenty-three, I make sure these conditions are met as often as possible.

I would encourage you to take a card you already know to be good and put it under our proverbial microscope. Ask yourself why a card is good and what moving parts make it tick, and the next time you have a decision to make regarding cards like this, you'll have the tools at hand to make the right call.

Posted in Limited Information on August 28, 2013