It doesn't take as much legwork as you may think to make drastic improvements at Limited game play. This article outlines one technique you can use to drill down to the hard facts of a game state, and then make an informed decision.

y now, we’ve had some time to get to know each other. I know you want to learn and improve at Limited. And you know I love value and Cloudfin Raptors.

Are you ready to get your hands dirty? Because that’s exactly what we are doing this week. If you really want to improve your Limited game, it’s going to take some effort. I know, this sounds awful, akin to some combination of mowing the lawn while doing homework.

It’s actually fun, though. We get to be game scientists, and as a result of our effort, we get to win more matches of Magic. That means we are probably having more fun. Even the most casual players I know prefer winning to losing. I am a “Nuts and Bolts Spike,” so I really prefer winning, and today we are going to go deep on a concept that might help you do just that.

Monsters Under the Bed 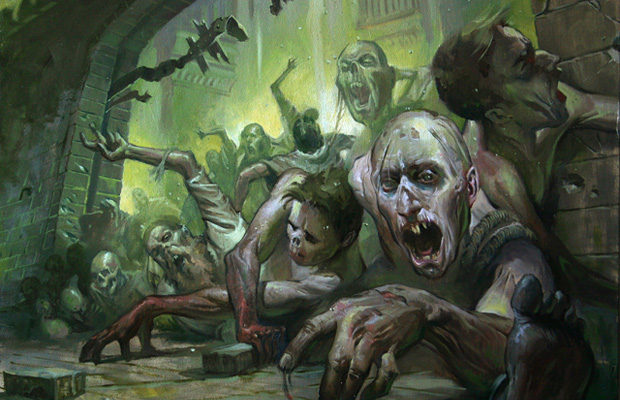 Fear is a weird concept in regards to games. Rarely during the course of a match of Magic will you feel true fear. No, I’m talking about a more vague fear. A mentally paralyzing sensation that leads a normally logical thinker to make awful, unsubstantiated plays.

I’m talking about fear of the unknown. This is a sort of default stance for most humans. If something around that corner might be threatening, they simply won’t go around the corner. Not understanding the consequences of our actions is a first step to making a poor decision. If you don’t know all the possible outcomes, how can you be expected to make a rational choice?

In Magic, this comes up all the time.

“What if he has a counter spell?”

“What if she has a combat trick?”

“What if I attack and I lose because of it?”

These are all reasonable questions to ask during the course of a game of Magic. The difficult part is giving some context to the different choices we face. Magic is hard. If anyone ever tells you differently, he or she has probably stalled his or her development—or is delusional.

I have talked to the greatest pros this game has to offer. They have all agreed that Magic is a difficult game to play at a high level. The basics are simple, but being really good is incredibly difficult.

We are going to tackle that fear of the unknown today. 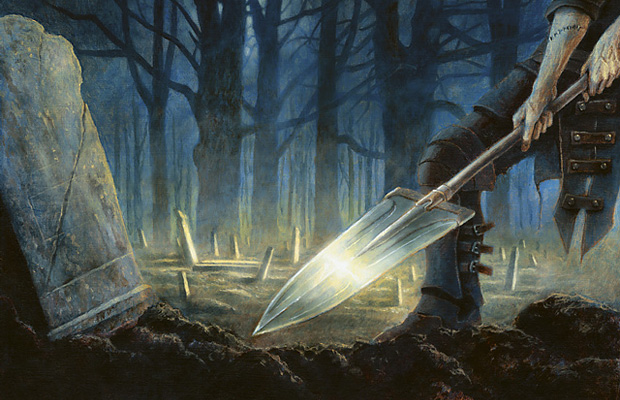 I’m going to start with a relatively simple board state. This exercise is intended to give a foundation from which to make a decision. We won’t be focusing too much on the actual decision; instead, we will focus on the information we have to help guide it. 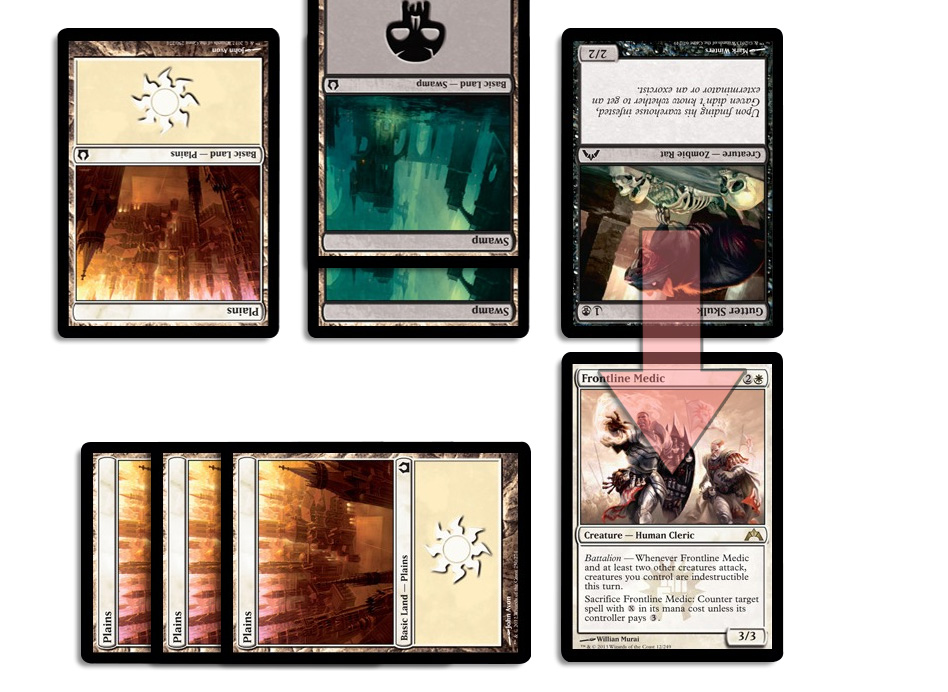 What is the play here?

Just take the damage? Why?

There are many factors that go into this decision. I am going to ignore them for now, because the fact is that most of us don’t have a reasonable basis from which to make the choice. We need tangible information from which to glean some idea of what to do next.

If we don’t have that, we often act on our first emotional impulse, which in this case is fear.

“What if my opponent has something? I don’t want to lose my Medic. I’ll just take it.”

It’s the “something” that we need to focus on. It’s actually simple to figure out what the possible “somethings” are. We have Gatherer and our brains. All we need is to be willing to dig it up.

And that’s exactly what I did: 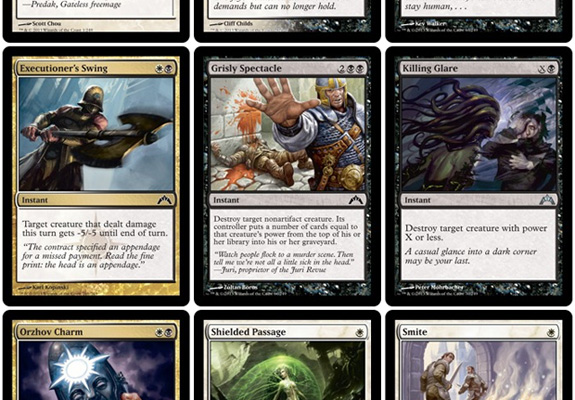 There it is. Those are all of the possibilities our opponent could have. All I did was search Gatecrash for black and white instants.

Beckon Apparition, Devour Flesh, Grisly Spectacle, Killing Glare, Orzhov Charm, and Smite are all either uncastable or irrelevant in this particular spot.

That leaves us with: Aerial Maneuver, Executioner’s Swing, Shielded Passage, and Arrows of Justice.

Looking at Executioner’s Swing and Shielded Passage, we can see that neither is particularly effective in this position. Shielded Passage does little more than keep the Skulk alive, so it’s unlikely our opponent is planning on using that.

Executioner’s Swing means that the Skulk has to bite the dust before our opponent can even play it. This represents a two-for-one in our favor—generally quite beneficial for us. I will note that there are some creatures opponents will willfully two-for-one themselves to get rid of, but Frontline Medic probably isn’t one of them.

So those are out.

That leaves us with Aerial Maneuver and Arrows of Justice.

Now we are cooking with gas. We can actually start to make a rational decision now. Arrows of Justice is an uncommon; did we pass one in the draft? Did we pass any Aerial Maneuvers? Is our opponent capable of bluffing? Would we be okay if our opponent spent his or her entire turn to kill our creature while getting in no damage?

These are all questions that we can logically address now that we have what was once a pretty scary attack pared down to just a couple relevant spells.

And that’s what’s important here. We didn’t rely on vague fear to guide us; we relied on a little elbow grease and logic.

And that’s how you level up.

I have another example lined up, designed to show you the difference when you just take the time to figure this stuff out ahead of time. 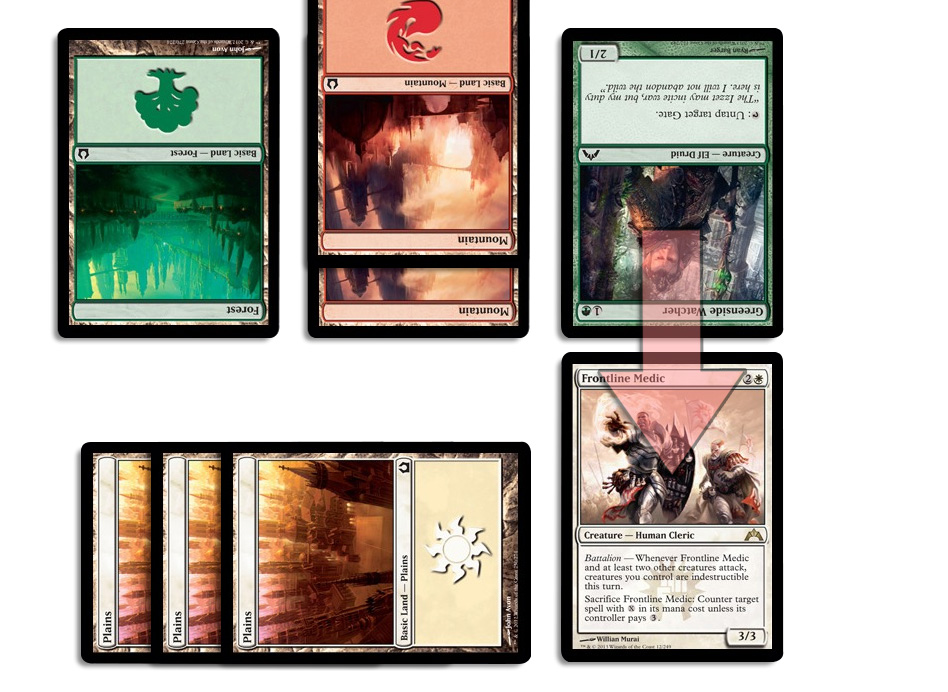 Back to Gatherer we go. After a search for all the green and red instants and green and red creatures with bloodrush, we come up with the following: 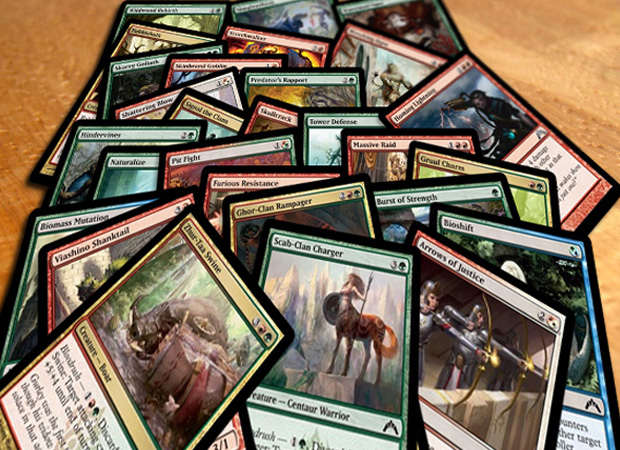 We have a much bigger starting list, thanks in large part to bloodrush. Many of these cards are immediately dismissible, though.

Tower Defense technically affects combat, but not in a meaningful way, so we will dismiss that as a possibility.

Since Burst of Strength, Massive Raid, Scorchwalker, Skinbrand Goblin, Slaughterhorn, and Wasteland Viper all two-for-one our opponent, we can set those aside as well. Assuming that our Frontline Medic isn’t a critical piece of the puzzle for us winning this game, allowing our opponent to two-for-one him- or herself to get rid of it is usually acceptable. (Again, going through this process allows us to make decisions like this, which is what’s important here.)

Rubblehulk is a rare and not always a first-pick-quality card. If we didn’t see one in the draft, it’s generally safe to assume that it’s not something to consider until we actually see it in action.

That leaves the white meat: 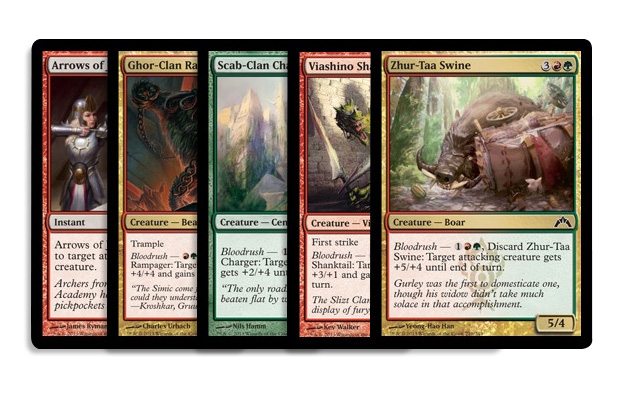 From that massive list, we have five reasonable spells for our opponent to hold. Five is quite a lot, to be honest. Our opponent can reliably represent five different common and uncommon spells that render our Frontline Medic dead and his or her Greenside Watcher alive. Now we have to seriously consider if we want to block here or not.

The key, though, isn’t if we decide to block. The key is that we knew why we were blocking, and what our opponent could have. We weren’t living in some fear-based world were bad things might jump out of the bushes. We put in the work, and we gave ourselves a canvas on which to paint our logic tree.

This technique can be applied not only in combat situations, but also to many other facets of the game.

Another way this vague fear of the unknown manifests itself in Magic is the Random Haste Beast Phenomenon. I have seen people behind on life total stabilize a board and then not attack when it was clearly correct to start attacking. Why? Because they were playing around their opponent playing some scary haste beast they were imagining.

If you can’t think of the card you are playing around, don’t play around it.

What if your opponent what? You have to be able to finish that sentence before you can use it as a guide for your decisions. In our examples above, we definitively answered a similar question.

Playing around our opponent’s next draw step is a broader affair, but the same principles apply.

After playing a set enough, you should have an idea for what is out there. It’s interesting to see the reaction when you force people to answer their own question. They are expressing irrational fear, and they don’t have a framework from which to fill in the possible answers.

Thankfully, we do have access to such a framework. It’s called the Gatherer. While we might not have a mental Gatherer at our disposal at all times, it’s trivial enough that we can remember a situation and when we get home, look it up. See how close you were. See if your fears were justified.

In my experience, they rarely are. There is almost never a Random Haste Beast hiding around the corner. It’s just your brain doing what brains do. And it’s holding you back. 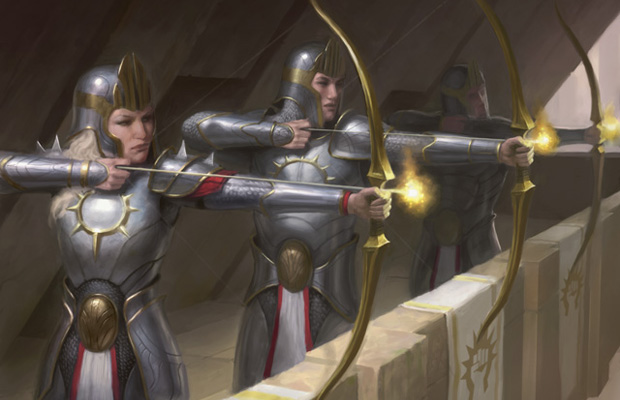 Once you get to the stage of play where you are thinking about what your opponent has, this technique becomes invaluable. Taking a little time to actually make a list of the often-seen tricks and removal for popular color pairs is a great start to really understanding how a format works.

One you lay the foundation of logic and reason backed up by some hard work, you will find that there is nothing to fear at all.