The Decks of Return to Ravnica, Part 1

Posted in Limited Information on October 24, 2012

hen you're drafting Return to Ravnica,simply picking a guild and sticking to it isn't enough to guarantee you'll have a good deck.

You need to be aware of what kind of a deck you're drafting (and/or the types of decks you could be drafting), and which cards are important to that type of deck, so you can make informed decisions along the way.

In order to help you make well-informed decisions, over the next three weeks I'm going to take a closer look at the most prevalent decks in Return to Ravnica Booster Draft in order to identify the commons, and some of the uncommons, that make these decks tick.

And to kick things off, I'm going to start with my favorite guild—Izzet.

Blue-red has been my favorite color combination in Limited for the better part of the last decade. But for the first couple of weeks after the Return to Ravnica Prerelease, I just couldn't figure out how to draft a good Izzet deck. 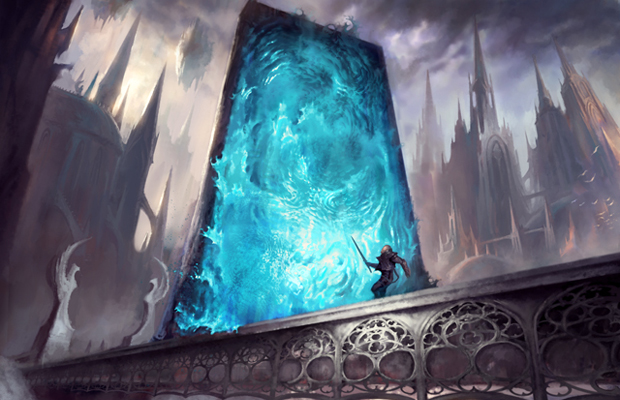 I could identify the most powerful and/or efficient cards in the guild, but beyond that, I was kind of stumped. Fortunately, I was able to learn a lot about how to draft Izzet when I was doing coverage at Grand Prix San Jose.

Between watching a bunch of matches and interviewing Raphael Levy, I learned that there are three types of Izzet decks: Izzet Aggro, Izzet Midrange, and Izzet Control.

And while these archetypes inevitably have a good deal of overlap with one another (for example, cards like Frostburn Weird and Annihilating Fire are always going to find a good home in your deck if you can cast them), these three types of decks also deviate from one another in fairly significant ways.

No matter what your end goal is, it's important to prioritize removal spells. While I will take Annihilating Fire over just about everything , the rest of the red removal spells in the set can fluctuate in value pretty heavily depending on the other cards in my deck.

Explosive Impact and Street Spasm are both cards I would be willing to first pick... but only if I didn't have a serious need for anything else.

If I have a couple of other good expensive spells, I'll probably shy away from Explosive Impact. And while Street Spasm tends to be pretty strong, I'm not afraid to take a creature over the (potentially mana-intensive) removal spell if it will help my curve in a significant way.

Regardless of what kind of Izzet deck you're playing, there are some creatures that will (almost) always pull their weight for you.

Frostburn Weird, Goblin Electromancer, Bloodfray Giant, and to a lesser extent Runewing (this journeyman flier manages to be just good enough to warrant inclusion in most decks) come to mind as creatures that will always do something good for you.

Whenever I'm drafting an Izzet deck, the ultra-efficient Frostburn Weird inevitably ends up near the top of my most wanted list.

While it might not be that flashy, if you need a good blocker or a good attacker, Frostburn Weird fits the bill. This two-mana creature is capable of holding its own against cards that cost three, four, and sometimes even five mana—and is consequently worth taking very early.

While they're okay in Izzet Control decks that just need some extra bodies, unleash creatures like Gore-House Chainwalker, Splatter Thug, and Rakdos Cackler are (obviously) at their best in aggressive decks.

When unleashed, these creatures are more capable on offense than almost all of their peers.

While your default should generally be to put your creatures into play with +1/+1 counters on them early—be aware that you might not want to unleash your creatures if you're planning on using a Chemister's Trick to wreak havoc on your opponent's board.

While Hover Barrier might not find a home in any aggressive decks any time soon, it's a nice piece in controlling Izzet decks since it's capable of fending off everything but the biggest creatures in the set for only three mana.

Lobber Crew, on the other hand, while technically playable in aggressive and controlling decks, shines in midrange decks that both need to find ways to stave off opposing onslaughts and peck away at their opponents' life totals.

Generally, if you're playing an aggressive Izzet deck, the first 10 points of damage or so should come fairly easily for you. But the fact that you've chipped your opponent's life total down to the halfway mark doesn't mean you're half way to winning.

If you never have another way to break through for a point of damage, your initial progress will have been for naught. But if, instead, you have a pair of Explosive Impacts, a Chemister's Trick, or a Blustersquall that will allow you to finish off your opponent, you are in far better shape.

Punching Away and/or Minimizing Potential Liabilities

In some formats, twelve or thirteen creatures (or even less) will allow you to effectively take advantage of all of the spells that blue and red have at their disposal. That's not the case at all in Return to Ravnica Limited.

If you have a lot of cheap creatures, cards like Chemister's Trick, Blustersquall, and Teleportal are going to be great for you since they'll give you ways to actually kill your opponent.

But if your deck only has twelve or thirteen creatures, Chemister's Trick and Blustersquall are going to be clunky for you, at best, and should remain in your sideboard (only to be brought in against other slow decks that you need a way to punch through against).

Similarly, while slower control decks won't usually want to touch cards that only serve to deal their opponents a few extra points of damage, Izzet Aggro decks are able to make good use of cards like Traitorous Instinct and Pursuit of Flight.

I've played either Rakdos Shred-Freak OR Vassal Soul in quite a few of my Izzet decks, but unless you have multiple Izzet Guildgates and/or Steam Vents in your deck, you're going to want to avoid playing both the Rakdos two-drop and the Azorius three-drop in the same deck.

You want to have at least ten red lands if you're going to play Rakdos Shred-Freak and nine or more blue lands for Vassal Soul (although you can probably get away with eight Islands if your deck consists of primarily 2- and 3-casting-cost creatures). Given that most Izzet decks that would want to run Rakdos Shred-Freak are only going to play seventeen lands, you're only going to have enough colored sources to support the Rakdos two-drop and the Azorius three-drop if you have multiple dual lands.

And even if you find the lands you need to cast them, any time you draw both Rakdos Shred-Freak and Vassal Soul in your opening hand (assuming you don't have an Izzet Guildgate), you're going to need to choose which one you play on time.

This might not be an issue for you if you have other two- or three-mana spells in your hand that you could instead spend your early turns casting, but if you can help it, you should look to streamline your deck with spells that don't have particularly tough color requirements instead of stuffing your deck with cards that have directly conflicting costs.

So while it's okay to fit a Bloodfray Giant into a deck that also has a Vassal Soul or two... Rakdos Shred-Freak and Vassal Soul just don't mix.

While there are slightly slower—and slightly faster—versions to be found, generally, Midrange Golgari decks (with a late game based around scavenge cards) are the way to go. 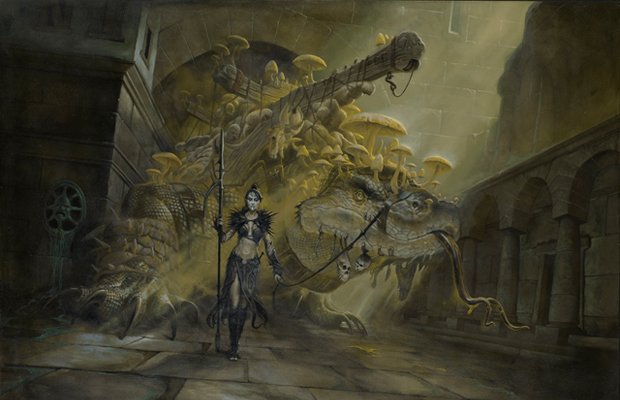 Good news: Golgari decks have access to an abundance of good expensive spells and scavenge creatures, giving you tons of things to do with your mana.

Bad news: Golgari decks will often be unable to use all of their cards effectively because they don't have enough mana.

Korozda Monitor is a solid card. A 3/3 trampler for four is decent, if unexciting. And the ability to scavenge it for three +1/+1 counters once you get to seven mana allows you to get a pretty significant amount of additional value out of it. But it's not often that you have seven spare mana floating around, particularly if your deck has a lot of expensive spells in it.

So how do you avoid losing while you still have a bunch of unused scavenge cards in your graveyard? By keeping the costs of your spells down, that's how.

The more scavenge creatures you have, the fewer expensive spells you need.

Archweaver, Horncaller's Chant, and even Assassin's Strike plummet in value in decks that are loaded with scavenge creatures.

Like in Izzet (and just about every other Limited deck) removal is very important in Golgari decks. And while you might not be able to play too many copies of cards like Launch Party and Assassin's Strike because of their often prohibitive costs, Stab Wound is pretty tough to top.

Personally, I think Trestle Troll is one of the most frustrating cards to play against in the entire set. Whenever my opponent plays a Trestle Troll on the third turn, it throws whatever plans I had completely for a loop.

It doesn't matter if I'm playing Rakdos or Azorius—that 1/4 reaching defender will make attacking profitably a very difficult proposition for me.

But if your Golgari deck doesn't have a Trestle Troll or a Towering Indrik, you're going to need to have a lot of efficient two- and three-mana creatures in order to keep up with quick starts from aggressive decks full of 2-power fliers.

Regardless of what kind of a deck you're playing, you need to make sure you have some good early plays. And, whenever possible, you want those early plays to work well with the rest of the cards in your deck (so they can have some value beyond just being decent blockers during the first few turns of the game).

Drudge Beetle fits that bill pretty nicely by being a reasonable creature early that you can get additional value out of late by scavenging it.

But the true all-star for most Golgari decks is the innocuous-looking Daggerdrome Imp.

The first time I saw Daggerdrome Imp, I dismissed it as being marginally playable.

But if you put Daggerdrome Imp into a deck with a lot of scavenge creatures, then it becomes relatively easy for you to create a gigantic flying lifelinking creature that your opponent will have little hope of racing.

Posted in Limited Information on October 24, 2012