mentioned in last week's article that I am a fan of value. Value is a slang word used in Magic circles to denote when one gains significant advantage from a card or interaction.

Technically, almost any spell you cast nets you some value.

Some, however, net more than others. 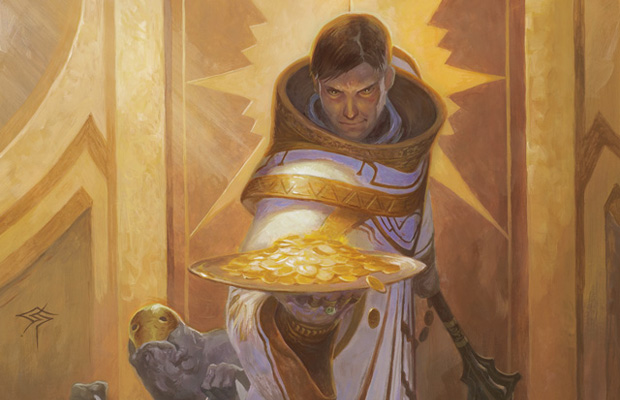 Value comes in many forms. Sometimes it presents itself in the form out outright card advantage. Cards like Mulldrifter, Mind Control, and Acidic Slime offer two-for-ones (or better) simply by being resolved. These are usually high picks in draft, and are the cards you keep your eye out for as you sort your sealed pool.

Once we slide the scale up to the rare and mythic rare weight classes, things can get bonkers. Bombs like Angel of Serenity, Inferno Titan, and most Planeswalkers all command immediate respect and often net extreme value upon entering the battlefield.

These are generally easy to spot. Sometimes they are subtler, but as the format shakes out, the cream always rises to the top.

Value shows itself in less conspicuous forms, however. This week we have a Gatecrash preview card which falls into the latter group. 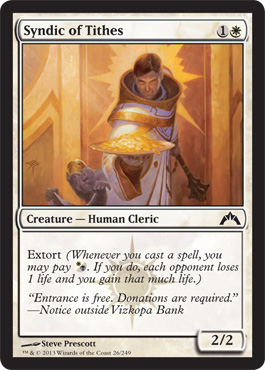 Ladies and Gentlemen, I give you a Value Bear. Syndic of Tithes is the latest representative of a proud line of Value Bears. From Wild Mongrel to Leonin Squire, Ashcoat Bear to Bramblewood Paragon, Beastbreaker of Bala Ged to Carapace Forger, Dawntreader Elk to Gatstaf Shepherd, the tradition of the Value Bear is strong.

Does Syndic of Tithes live up to its proud lineage? 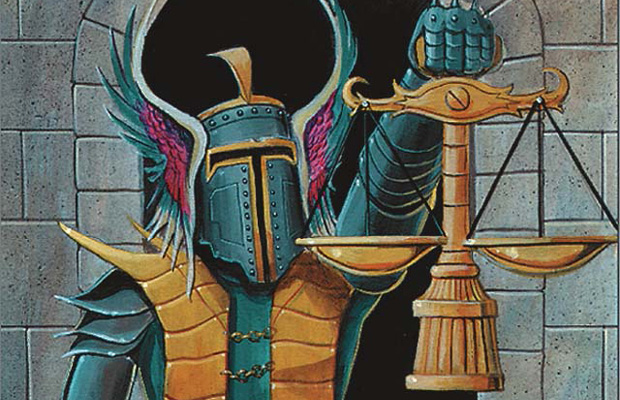 Put it to The Test

Before we talk about extort, let's put Syndic of Tithes to the Vanilla Test. Bears—2 power and 2 toughness for two mana—are in many ways the gold standard of the Vanilla Test. They have long been playable in Limited and this Syndic is no exception. Even if the extort keyword were absent from the card, it would be a reasonable inclusion in most Limited decks. 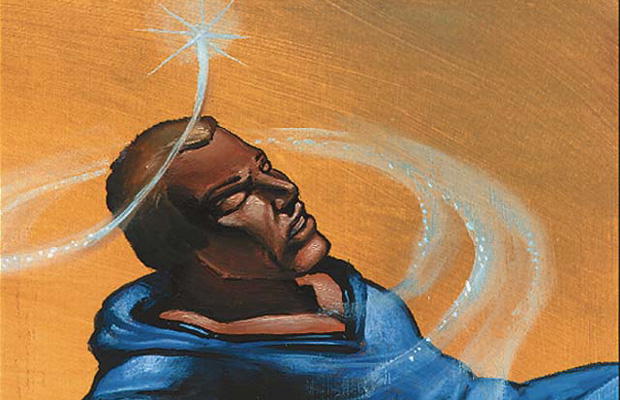 But a vanilla bear this is not. We get a cool new keyword mechanic as well: extort.

Extort is the type of mechanic that I see people overlook all the time. It's not particularly flashy, and it's difficult to conceptualize how it will play out in a game. But extort is a surprisingly flexible and powerful mechanic, even if it comes in small doses.

When preview season is upon us, mechanics like extort can slip through the cracks. I saw this happen with unleash in Return to Ravnica, but we won't be making that mistake this time. After unleash proved itself to be one of the strongest strategies in Return to Ravnica Limited, overlooking something like extort just wouldn't make sense.

Extort doesn't ask much of us. It simply asks that we cast spells. It doesn't care about the color of the spell, nor the cost. Just that it's a spell, and that it's being cast.

The biggest challenge with playing Syndic of Tithes will be knowing when to pay for the extort trigger and when to eschew it in favor of board development. There is a fine line between incrementally adding up enough damage so your clock is one turn faster and needlessly spending mana in an inefficient manner.

Most of the time, you will want to stay on curve, cast your three- or four-drop on time, and ignore the first few extort triggers. It's a trap to think you will further your goal of winning the game by stunting your board development in favor of a few extra damage in the early stages.

Later in the game, extort turns what would be a pretty mediocre bear into a tool with which to finish off your battered opponent. It's very common in Limited to get out to a quick start, leaving your opponent at a low life total, only to have him or her cast some bigger creatures and stabilize the board. This is the time of the match that you rarely want a 2/2 for two.

Extort means that every spell you draw after Syndic of Tithes will likely inch your opponent ever closer to that magical life total: 0. All the while, your life total is ticking upward, giving you a buffer to survive long enough to extort that last precious life point from your opponent. 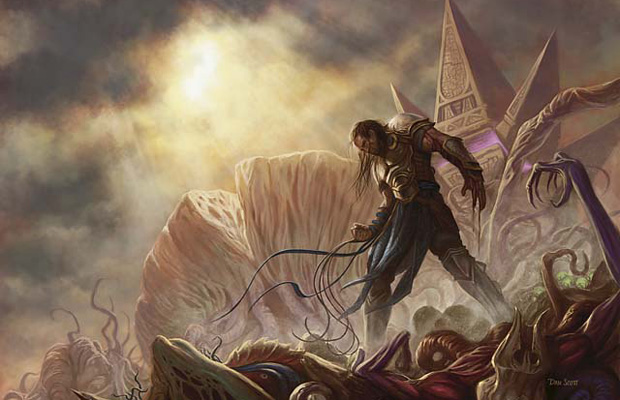 Interestingly, we can use extort to curve out more efficiently than we normally would. This might sound counterintuitive, as paying for extort means tacking on an extra mana to spells that normally cost less. But this is Limited, the realm of forty-card decks.

Things don't always go as smoothly as we plan. This often means we cast a three-drop on turn four or have small gaps in our mana curve. Having a low-cost extort card like Syndic of Tithes can help us use our mana more efficiently.

Using early extort cards to fill in the gaps in your curve furthers your agenda in the early stages of the game. Considering that Syndic of Tithes can both attack and still trigger extort, the damage can pile up quickly. 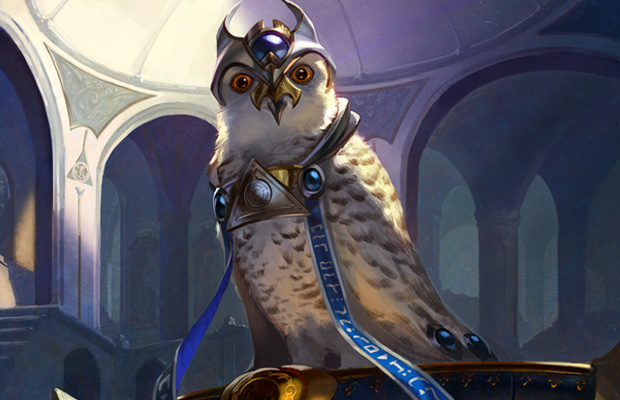 My predecessor on Limited Information, Steve Sadin, is a huge proponent of cheap spells. Readers familiar with his work will know this well, and I have a feeling Syndic of Tithes would fit nicely into a classic Sadin Draft deck.

Syndic of Tithes—and extort in general—rewards an abundance of low-cost spells in your deck. This doesn't mean the card is bad in decks with higher curves, it just means that it rewards you for having ample low-cost slots filled in your deck and maximizes the amount of extort triggers you can actually pay for. 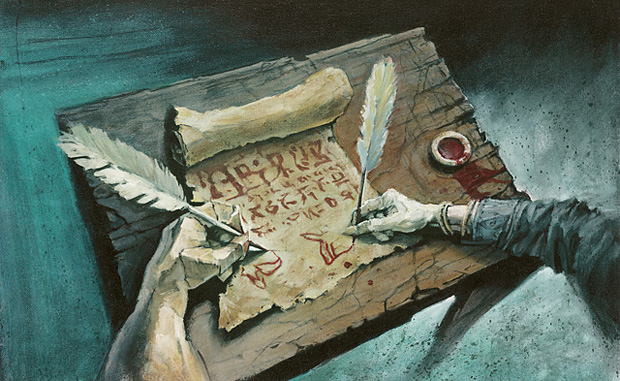 Extort is a quirky mechanic. It's not a linear effect. Having more extort in your deck doesn't make the rest of your extort better in any direct way. I can imagine stalled out board states, where having multiple Syndics in play will allow you to drain your opponent for 3 or 4 damage per spell cast. This is powerful stuff, but each extort creature doesn't get better simply by the existence of another on the battlefield. They are all little silos of value, operating independently.

Still, I could see a benefit of having multiple extort cards in your deck, and on the board. Syndic of Tithes delivers early beats then sits back and drains your opponent's life total after it has become outclassed as an attacker. I love the early game/late game aspect of this card. 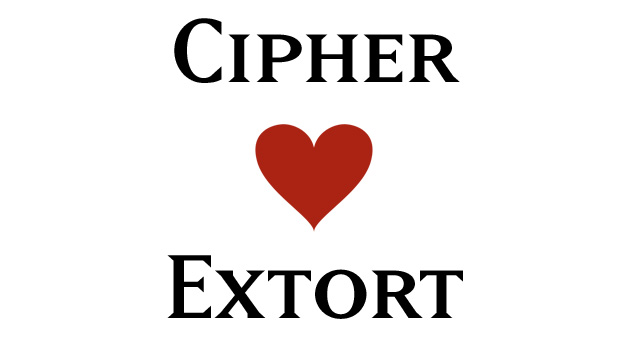 My preview card last week was Hands of Binding, which showed off cipher as Dimir's new keyword mechanic here in Gatecrash. With a little creative thinking, we can see a pretty sweet synergy between extort and cipher.

If you read the reminder text on cipher closely, you will notice that the spell is actually cast when the cipher triggers. That's right; every time cipher triggers you cast a spell. This means that if you have any extort permanents on the battlefield, they all trigger. Considering that the cipher ability made the spell free to cast, it's probable you have plenty of extra mana to pay for the extort triggers.

Dimir and Orzhov share black as a color, so an extort/cipher marriage may well be in our Limited future. 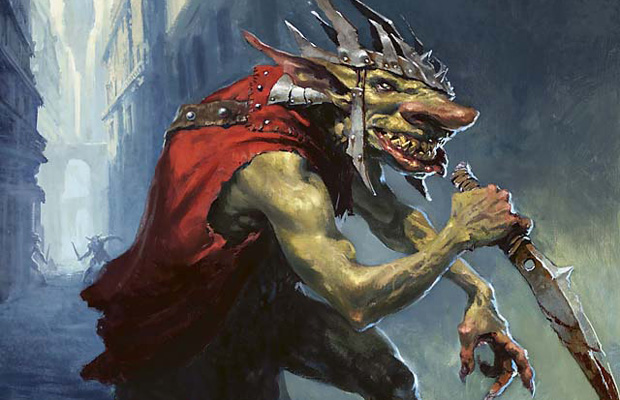 The value of a bear has been pretty steady over recent years. The power and toughness for the price justify inclusion in many of our Limited decks. This one in particular offers a great contrast. It's a card that could potentially impair your mana curve, but at the same time it can improve it.

Syndic of Tithes is a skill tester. If you fall for the trap of sacrificing early game board development for short-term gain, you will pay dearly.

If, however, you use extort to your benefit—filling gaps in your curve and enabling late-game reach—I'm confident you will bask in the riches of victory.