Posted in Limited Information on March 6, 2012

n terms of pure power, Loyal Cathar is far from the best common in Dark Ascension. It has a restrictive mana cost and a limited impact late in the game. In fact, I've played a number of white decks where I've left Loyal Cathar sitting in my sideboard because I wasn't playing enough Plains to reliably cast it on turn two, or because I wasn't looking for any 2-power two-drops (since I instead wanted to spend my early turns ramping up my mana with cards like Deranged Assistant or Scorned Villager).

But despite all of its flaws, there are few cards I'll take over Loyal Cathar first pick in a physical Dark Ascension/Innistrad Booster Draft.

Assuming you are drafting with experienced players, the message you send when you first-pick a Loyal Cathar is that you are going to be drafting an aggressive white deck and there's little that can be done to deter you from that.

In Magic Online drafts (where you can't see what double-faced cards players have taken) Loyal Cathar is a fine card, but it isn't worth jumping through any hoops to get. I usually end up taking Loyal Cathar around fifth pick when I'm drafting aggressive white decks online.

Much of the value I get out of taking a Loyal Cathar in a physical draft comes from letting my neighbors know I'm intending to draft a heavy white deck. Take that element out of the equation and suddenly Loyal Cathar is just another good, but difficult-to-cast, two-drop.

Aggressive white decks are great in Dark Ascension/Innistrad Booster Draft as long as you aren't fighting tooth and nail with your neighbors for them. 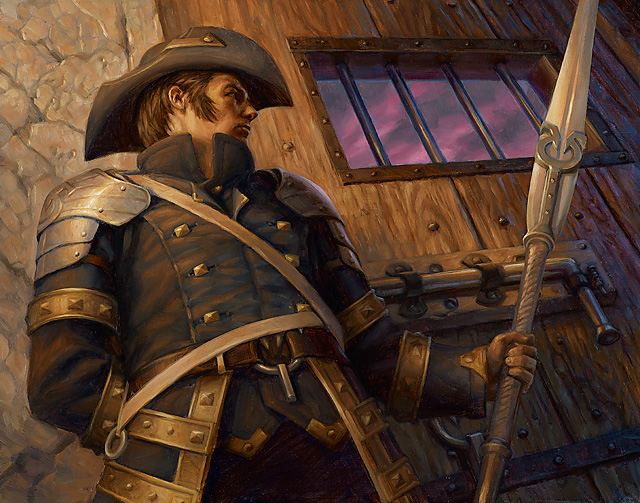 The fact that you can let your neighbors know you are going to draft an aggressive white deck by first-picking a Loyal Cathar is hugely powerful, and is ultimately worth more than almost any other single card.

Keep in mind that if you first-pick a Loyal Cathar before your neighbors make their picks, the player to your right might still look to draft white (particularly if that player opens up a top-notch white card like Increasing Devotion or Requiem Angel). But that player is (usually) going to look to stay clear of white if it's possible to do without giving up a significant amount of power. And the player to your left is almost certainly going to get out of your way, allowing you to reap significant benefits in pack two.

And while I'm always willing to take a Loyal Cathar first (assuming there isn't something absolutely bonkers—and in a color that I like—in the pack), I'm particularly happy to first-pick a Loyal Cathar over a significantly better card in another color.

For example: I love being able to first-pick a Loyal Cathar over a Fires of Undeath or a Mikaeus, the Unhallowed (Mikaeus, the Unhallowed is great, but I really don't like first-picking triple-black spells in this format), because then I will make it very easy to cooperate with my neighbor to the left. He or she will know what I'm drafting and the lengths to which I'm willing to force it—while I will know (with a reasonable degree of certainty) what color(s) the player to my left is in, so I can steer clear of them myself.

A couple of warnings:

Why It's Better to Take a Loyal Cathar First, Rather Than Sixth

If you aren't already drafting white heavily, you shouldn't look to move into white because you got passed a late Loyal Cathar, as the other players at your table are unlikely to have much a reaction to that pick.

If you take a Loyal Cathar sixth pick, you aren't going to do a ton to derail the plans of the drafters next to you. If the player to your left has already taken three white cards, that player might become a bit frustrated when you reveal you are also drafting white—but at that point the player is unlikely to adjust course.

So while it's a good sign to get passed a Loyal Cathar sixth pick when you're drafting an aggressive white deck, since that probably means not many of the players at your table are drafting white, it would be just as good (if not better) to get passed a late Hollowhenge Spirit or a Thraben Heretic.

If you see the player to your right first-picked a Loyal Cathar, you should do everything in your power to stay out of white. Similarly, if you see either of your immediate neighbors first-picking a Huntmaster of the Fells, then you shouldn't take that Immerwolf that's in your pack (even if you do love drafting Werewolves). 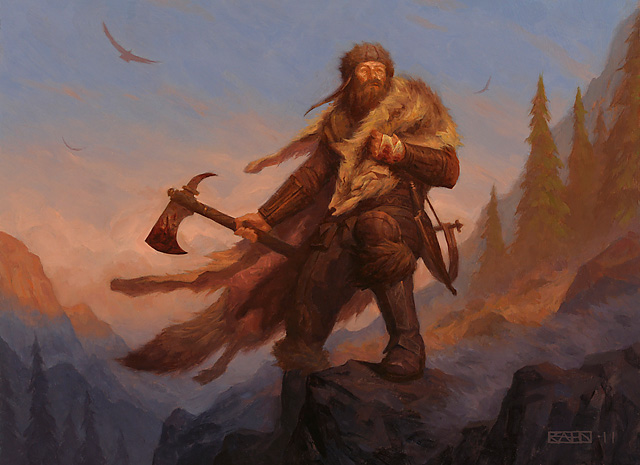 Similarly, if you first-pick an Immerwolf and then notice the player two seats to your right just drafted a Hinterland Hermit second pick, then followed it up with a Scorned Villager third, you would do well to abandon your Immerwolf and look to take your draft in an entirely new direction.

However, you should be careful not to overreact when one of your neighbors selects a double-faced card.

You might still decide to draft red even after the player to your right takes a Huntmaster of the Fells if you have a Hellrider or a Fires of Undeath in your opening pack. You are going to want to do what you can to avoid being in both red and green, though, or else you are going to find yourself scrambling for picks as you fight your neighbor throughout the entire draft.

And if you notice the player to your right taking a Soul Seizer fourth pick, you shouldn't be dissuaded from drafting blue at all. Because even though the player directly to your right is (likely) in blue, the fact he or she is getting passed a fourth-pick Soul Seizer should indicate the color is open enough for the two of you to share it comfortably.

Putting Yourself at the Mercy of Your Neighbors (Or Not)

When you first-pick a Loyal Cathar, a Huntmaster of the Fells, or a Soul Seizer, you send a strong, immediately apparent signal to everyone at the table. This strong signal will (usually) create a friendly environment from which you can draft your deck, as your neighbors will want to do what they can to avoid fighting with you over colors. 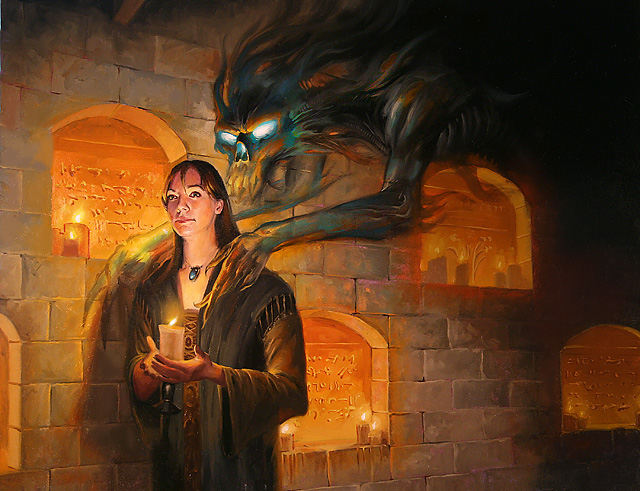 But if you first-pick a Moonveil Dragon or a Mikaeus, the Unhallowed and continue drafting red or black from that point on, you will have some ability to influence your neighbors who are sitting left of you (as you're taking all of the best red or black cards), but you will also be at the mercy of the drafter(s) sitting to your right.

So while you are going to want to do what you can to build your deck around the bomb you started your draft with, if it doesn't seem like you're getting passed the pieces you need to make your deck work, there's no shame in abandoning a first pick—even if it is an amazing card like Mikaeus, the Unhallowed.

You should go into each draft with the goal of putting together the best deck you can, not trying to play the single best card you happen to open. And if that means you will occasionally have to select less powerful cards to properly send signals (like first-picking a Loyal Cathar), or abandoning a top-level card all together because you realize you aren't in a good position to draft a deck around it, then so be it.

Posted in Limited Information on March 6, 2012