Fight to the Finish

fter you've finished drafting, or selecting the core of your Sealed Deck, you will often have to choose between a number of different cards that will make your main deck. You might have eighteen to twenty cards that you know you want to play, but you will have to make some tough decisions about those last couple of cards.

When you are deciding on the last few cards that will go in your deck, you aren't very likely to make your choices based on the raw power level of the card—rather, you will look for the cards that have the best synergy with the rest of the (admittedly more impressive) cards in your deck. 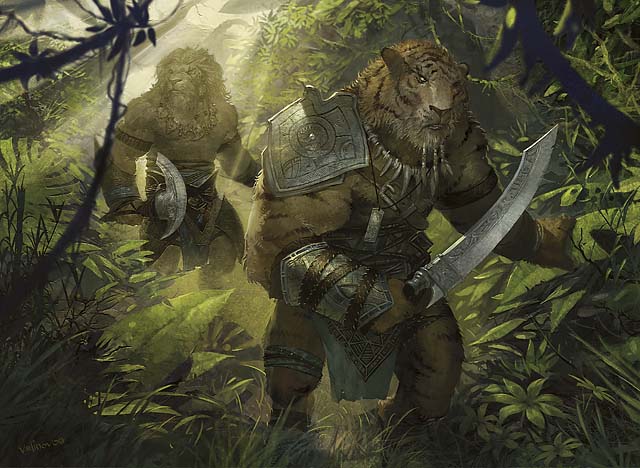 In no particular order: the curve, quality, and style of your deck (as well as a knowledge of some of the cards that you passed) should dictate your final card choices.

Once you develop an understanding of the last few cards that you want to fill out your deck, you will be able to use your picks more effectively and put together some really good main-decks when you sit down to snip your way down to forty cards.

The abstract power level of your deck alone can't tell you much about your final four or five card choices, but it can tell you how many conditional answers you want (and it can also tell you whether or not you want to make a risky splash, but we'll get to that in a bit).

When your deck isn't very good, you will often find yourself scrounging for playable cards. That might lead you to put a bunch of conditional cards in your deck that you might not want to run otherwise.

That Solemn Offering which might otherwise be in your board because you already have a War Priest of Thune and an Acidic Slime in your main could easily end up in your starting forty if you don't have any better options. And an innocuous Wall of Vines, or a Bloodcrazed Goblin could just as easily end up as your twenty-second or twenty-third card if your deck has some serious curve problems and you need some more early-game defense.

When you have a deck of fairly average quality, and you aren't hurting for playables, you are very likely to leave that Bloodcrazed Goblin in the board in favor of something more meaningful. Similarly, that Solemn Offering probably won't make the cut if you already have a creature or two that can deal with artifacts and/or enchantments.

But when your deck is really good, it is often correct to run more conditional cards to help you deal with less common, but potentially deadly, scenarios.

If you have an excellent green-white deck that is loaded with Llanowar Elves, Blinding Mage, a couple of Pacifisms, cheap flyers, and a rock-solid late game led by two Garruk's Packleaders, then you should be more likely to run a Solemn Offering than you would be in a mediocre deck because you will want to have ways to reliably deal with your opponent's Whispersilk Cloaks, Pacifisms and Shiv's Embraces.

If I am trying to fill out my removal, evasion and card draw heavy blue-red deck, then I will be more than happy to include a Bloodcrazed Goblin or two so I can clog up the ground a bit, stopping Scroll Thief in their tracks and acting as a deadly roadblock for Garruk's Companion. 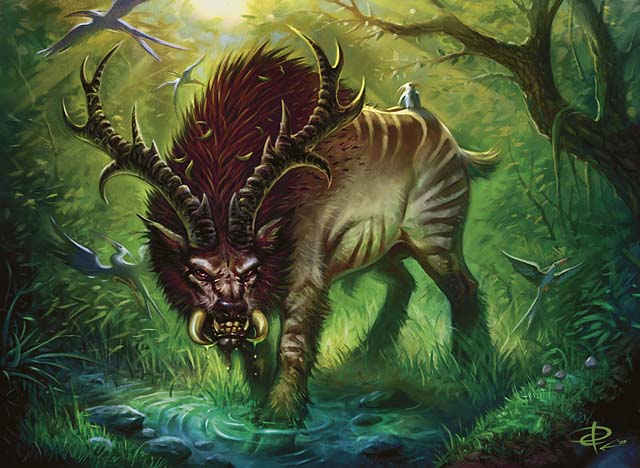 The fact is, when your deck is already really good you can afford to give up a little bit of abstract power in exchange for more resilience.

If you have an excellent, bomb-heavy deck with a really good late game you want to make sure that you have some good ways to survive until the late game—or defeat your opponent before you even get there.

Filling your top-notch deck with conditional answers like Solemn Offering can prevent your opponent from stealing the game with a card like Whispersilk Cloak—but that isn't the only way you can minimize the chance of corner-case scenarios occurring.

You might have the choice between filling the last few slots of your powerful white-blue deck with defensive, or aggressive creatures. You will have to choose between Palace Guard or Infantry Veteran, Maritime Guard or Silvercoat Lion, Ajani's Pridemate or Roc Egg.

Your deck is full of really good cards including Baneslayer Angel, Serra Angel, and Armored Ascension—so you want to play the defensive cards that will help you live long enough for them to come online, right?

Actually, the correct answer is usually to fill your deck up with more aggressive creatures.

Yes, you want to live long enough for your top cards to take over, but you don't want to put yourself all-in on a couple of (admittedly awesome) creatures.

First of all, you can pick up a decent amount of wins just by having an aggressive core to your deck. 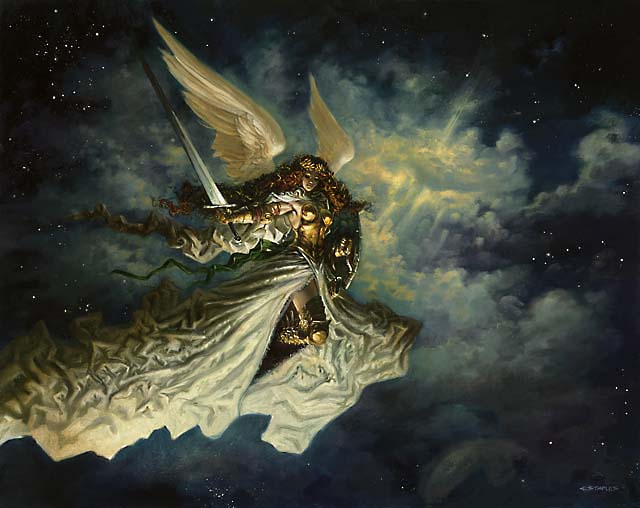 If you just have a bunch of defensive cards that you are hoping will stall you till your Baneslayer Angel (or your dragon, or your green monsters) comes online, then you will feel pretty silly when your opponent gets horribly mana-screwed during the early game. You spent all this time casting high-toughness creatures until finally, turn five or six, you start playing your bombs and your opponent is ready with Doom Blade and Chandra's Outrage that put him or her right back into the game.

If you apply pressure on your opponent, you can get him or her to spend removal spells on your middle of the road creatures. If you come out fast with an Infantry Veteran, a Silvercoat Lion, and a Stormfront Pegasus, your opponent might have to spend his or her Doom Blade on your 2/1 flyer instead of saving it for your Serra Angel.

And if your opponent doesn't have good answers to your aggressive start, you might be able to walk away with the win before your top-notch cards even get a chance to come online.

If you have a Baneslayer Angel in your deck, of course you want to make sure that you live long enough to draw it and cast it, but you also need to do everything you can to make sure that it will live when it finally hits the battlefield.

In order to do this, you have to apply consistent pressure on your opponent throughout the game. If you don't, you will give your opponent the opportunity to stockpile answers for your top cards and grind you out over a long period of time—eventually winning with whatever end-game plan that he or she put together.

By running an aggressive core, you also give yourself the opportunity to beat your opponent before his or her top-notch end game comes online.

Sure you might be happy with your Baneslayer Angel, Serra Angel, multiple Pacifism deck, but if your opponent has two Mind Controls and a number of Cancels and Pacifisms then your late game suddenly doesn't look impressive at all. And if you think that a defensive core will do much to help you beat a deck that has a far superior late game, you are going to need to get your head examined.

When You Just Can't

If you simply don't have the cards to put together a good aggressive core then you shouldn't force it on yourself. Sure you will still want to make sure that you have a decent curve, and that might mean running some Runeclaw Bears or the like to fill out your two-drops—and that might allow for some good, aggressive starts, but you shouldn't feel like you have to break your back to fill your deck with Infantry Veterans if you can't reliably put together a fast start.

Instead, you might want to put together a really good mid-game—filling your deck with a bunch of solid three- and four-casting-cost creatures that can legitimately win games on their own or will at the very least be able to draw out some removal spells from your opponent.

While an aggressive core is excellent for a deck that is full of top-notch threats towards the top of the curve, a defensive core is more than welcome in a deck that looks to grind out an advantage with Foresee, and Gravedigger while keeping top threats off the board with Doom Blade and Assassinate.

That Bloodcrazed Goblin, which wouldn't be very good in a red-white deck that looks to win with high-quality creatures, is great in a blue-red control deck that needs to buy time to take over with Foresee, Cancel, and flyers.

Splashing a third, or even a fourth color tends to require a pretty significant commitment in Magic 2011 Limited. Sure you might have a Terramorphic Expanse, two Sylvan Rangers and a Cultivate, allowing you to splash your Fireball and your Doom Blade with the greatest of ease—but if you aren't green you will be lucky if you have anything more than a Terramorphic Expanse and a couple of scry spells to help you get your splashed mana. 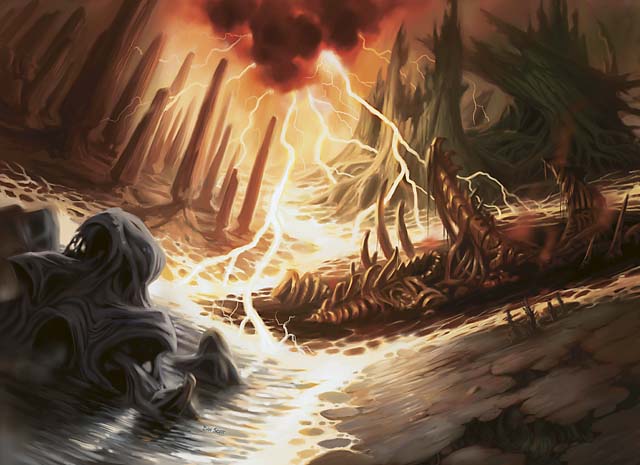 If your deck is extremely powerful, and you don't have many fixers, then it is unlikely that you should splash.

If your deck is extremely weak, lacking a good end-game or a good aggressive core, then you will almost certainly want to splash any really good cards that you might have just to give yourself a shot of winning should your opponent get a decent draw.

But if you feel like adding two Swamps to your aggressive red-green deck to be able to support your splashed Doom Blade will slow you down too much then you shouldn't be embarrassed to leave that piece of premium removal in your board in favor of something as underwhelming as a Goblin Piker.