Posted in Limited Information on February 24, 2009

ou're playing in Pro Tour–Kyoto, and you just started off the tournament with a 3-1 record in Standard. You sit down for your first draft pod and open up a pack that contains:

First off, we know not to even look at Jhessian Lookout, Resounding Scream, Etherium Sculptor and Tortoise Formation. Dreg Reaver, Skeletal Kathari, Ridge Rannet and Thorn-Thrash Viashino are slightly more appealing options than those from the Tortoise Formation crew, but they still don't make the grade.

So that leaves us with Court Archers, Akrasan Squire, Jhessian Infiltrator, Sprouting Thrinax, Grixis Charm, and Prince of Thralls.

The next card that has to go is Prince of Thralls. If we were looking at Sphinx Sovereign, Empyrial Archangel, or Hellkite Overlord (well, I wouldn't take the Helkite Overlord, but I'm getting ahead of myself....), my recommendation would probably be to take it because those eight-drops are all absolutely devastating. And while Prince of Thralls is good, it really isn't amazing enough that you would want to take it over the other Grixis card in the pack, Grixis Charm.

Court Archers and Akrasan Squire are noticeably less powerful than Grixis Charm and Sprouting Thrinax, but they don't require anywhere near the commitment that the three-color cards do. If we're going to look at the single-colored cards, then Akrasan Squire is a much better pick here than Court Archers.

If you are considering taking Court Archers from this pack, then you should almost certainly go with one of the three-color options instead. I don't think I've ever heard anyone say, while building their deck, that they wish they had taken that Court Archers. Yes, Court Archers is a fine card, but it's not the kind of thing that you're ever going to miss.

As for the three-color cards, Sprouting Thrinax actually isn't even an option for me because I don't want to be in Jund at the Pro Tour (more on that in a moment).

So we're down to Akrasan Squire or Grixis Charm.

This pick is very close for me.

Since Grixis Charm is a more powerful card than Akrasan Squire, and it's relevant in just as many of the decks that I want to draft, then I should obviously go with the Grixis Charm, right?

While that logic actually checks out in a surprising number of ways, you always need to be prepared for when things do not go the way that you've planned. For that reason, single colored cards are always worth a little bit more than you want to give them credit for.

In the end I'd take Akrasan Squire. While Akrasan Squire isn't as powerful as your normal first pick, Grixis Charm is just hard enough to set up, and just mild enough (as opposed to something like Naya Charm which is quite spicy), that I don't want to spend my first pick on it.

That, and I really want to draft aggressive white decks at the Pro Tour. 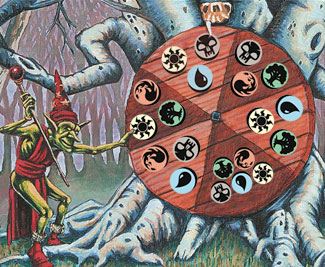 When you're playing at a major tournament—this could be a Pro Tour, a Grand Prix, a Pro Tour Qualifier, the Top 8 of a Magic Online Premier Event, or your playgroup championship—you need to play the strategy that you feel gives you the best chance of winning.

You should be looking to learn things every time you play Magic, but that big tournament usually isn't the best time to try things that you aren't comfortable with.

I already know that I'm not drafting Jund at PT–Kyoto unless I have no choice in the matter. It's not that Jund isn't a good deck to draft; it's just that I have a lot of difficulty winning with it. Maybe my pick orders are off, maybe I try to play my Jund decks wrong, maybe it's because the people I draft with value some of the key Jund cards higher than normal, or maybe it's because the people I draft with just tend to draft decks that are good against Jund. Or maybe it's because Jund isn't a particularly good draft archetype in Shards / Shards / Conflux.

I really don't know what the problem is (yet), and I don't have enough time to find out before the Pro Tour starts in a couple of days. And that's perfectly OK.

One of my favorite parts about new Limited formats is that you simply don't know everything about the format and you must play to your own strengths if you want to do well. This is particularly true at Pro Tours that feature a new Limited format.

When a Pro Tour highlights a new Limited format, you never know what's going to happen. There are always a couple of cards that gain the respect they deserve, and there's usually a new archetype that springs to people's attentions.

At Pro Tour–Amsterdam 2004, my very first Pro Tour, the breakout card was Viridian Longbow. Before the Pro Tour most people considered Viridian Longbow to be a mid-level pick, something that should go around 6th-8th. By the end of the Pro Tour it was known to be one of the top commons in the set.

The breakout deck of that tournament was an Affinity-ish black deck that ran 15 or 16 lands, and focused around Disciple of the Vault and Spellbombs. Back then I wasn't as good at drafting eccentric beatdown decks as I am now, so two green-blue decks and a whole lot of Cobalt Golems later I was wishing I had gone for something a little bit more conventional.

For this tournament, the eccentric beatdown decks that I'm looking to draft actually work (thankfully). I've had a lot of success so far with my two-color white beatdown decks in Shards / Shards / Conflux, and I'll certainly be keeping my eyes peeled for any opportunity to draft this type of deck at the Pro Tour. 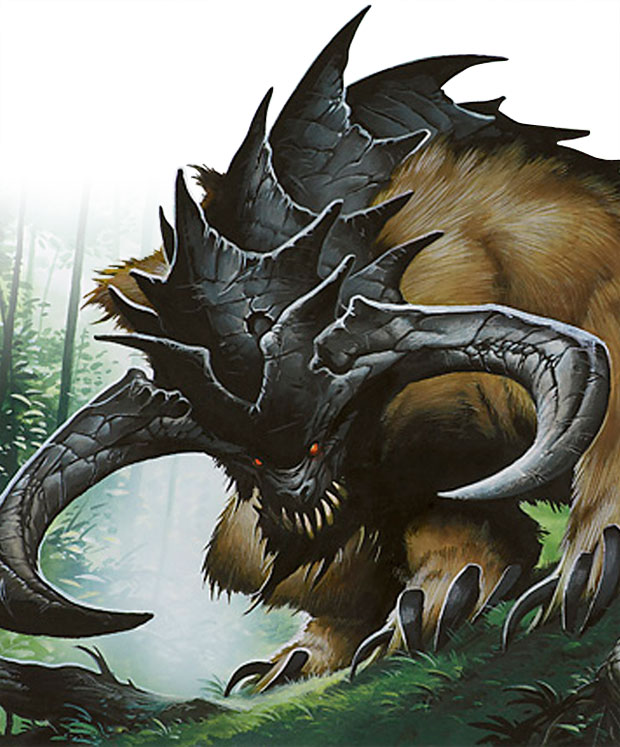 Be sure to take a look at the draft viewers from the Pro Tour. There's a ton to be learned from seeing how the top players choose to draft their decks. As evenhanded as I try to be while writing this column, I definitely have my biases. While I might not like drafting Jund, if you take a look at the draft viewer you might get to see Martin Juza drafting an awesome Jund deck, or Manuel Bucher drafting some wacky deck that you hadn't even considered possible.

Don't let a resource this good pass you by.

While most of you who read this column already seem to have a good sense of just how good the basic landcycling cards in Conflux are, a lot of people still seem to be undervaluing the landcyclers by a significant amount.

You should expect that to change after the Pro Tour.

At the risk of sounding like a broken record, it's just so important to make sure that your deck functions smoothly. If you're playing a turn-three or turn-four Woolly Thoctar, that's a huge play. If you're instead playing that same Wooly Thoctar on turn six or seven, it's still going to be good, but it isn't going to be anything special.

Basic landcyclers make it a lot easier for that Wooly Thoctar to come down in a timely manner without actually raising the mana density of your deck. Landcyclers do almost all of what Obelisks do and they have an awesome spell attached to them. I really can't say enough good things about Absorb Vis and friends.

The Wrong Way to Discern What Colors Are Unavailable

There's a huge amount of variance that takes place in any given pack so you want to be careful not to try to attribute too much significance to things that might not have anything to do with what your neighbors are drafting.

Similarly, the number of cards of a color is a pack is never relevant. The only thing that matters when you are trying to understand what is going on in a draft is playable cards.

If I don't see much playable white during picks 2 through 6, then I'm going to think that the players to my right are probably drafting white pretty heavily. But no individual pack is going to make me think that a color is unavailable.

Reading and sending signals is a very delicate subject, but you should never make the mistake of trying to discern information from the actual number of cards of a color you see go by.

The Problem with Red-Black

In my experience, Red-Black is actually a very poor deck to draft right now. I've drafted red-black decks that have all the ingredients that are usually needed for an awesome red-black concoction: lots of removal and enough playable cards (it's a simple dish, really). The problem is, the creatures just aren't up to the level they need to be to make this type of a deck viable.

Pestilent Kathari, Goblin Outlanders, and Canyon Minotaur are literally the only red or black common creatures that I want to play in Conflux. Red-black decks already had trouble getting enough good creatures in triple Shards; now it's practically impossible.

If you want to draft red-black you are pretty much always going to have to draft a third color or you are going to find yourself wasting your Dark Tempers and other top notch removal spells on run-of-the-mill guys just so you don't fall too far behind.

Removal is generally the best thing you can have in Limited, but if you are using it to catch up instead of as a way to get ahead, you're still going to be in trouble.

Things to Watch for

While you're following the Pro Tour this weekend, keep your eyes peeled for two-color decks and five-color decks. I have a feeling that the most successful decks in this format are going to be the quickest, most consistent ones and the most powerful ones with the best mana.

What decks/cards do you think are going to break out this weekend?

You're still in the draft pod from the previous exercise. You first-picked the Akrasan Squire. Second pick you took a Knight of the Skyward Eye over a Scavenger Drake, a Courier's Capsule and a Blister Beetle. Third pick you took a Resounding Silence over a Tidehollow Strix and a Fire-Field Ogre.

Posted in Limited Information on February 24, 2009