Posted in Limited Information on April 27, 2010

n Zendikar / Worldwake Limited, the most common successful strategies tend to be very aggressive. While there is definitely an opportunity to build a good controlling deck, they are definitely the exceptions and not the rule.

But the simple fact that you are drafting a slower deck in Zendikar / Worldwake doesn't mean that you can afford to skimp much on your early plays. In order to draft a good controlling deck, you need to focus on your early game. If you don't have very good early plays to help you survive until late in the game, it won't matter how good your late-game spells are; you'll hardly ever get the chance to cast them.

In Magic 2010 Limited, there are a lot of winning mid-range decks, and almost as many successful controlling and aggressive decks. If you put your mind to it, and take advantage of opportunities as they arose, you can put together a beast of a deck in M10 regardless of whether your deck was slow, fast, or somewhere in-between.

If you don't have a play that affected the board in a significant way until turn three or four in M10, you'll usually be fine. However, to keep everyone honest, there is always the occasional mage ready to deploy an army of Jackal Familiars (woof!) and punish you for going too slow. 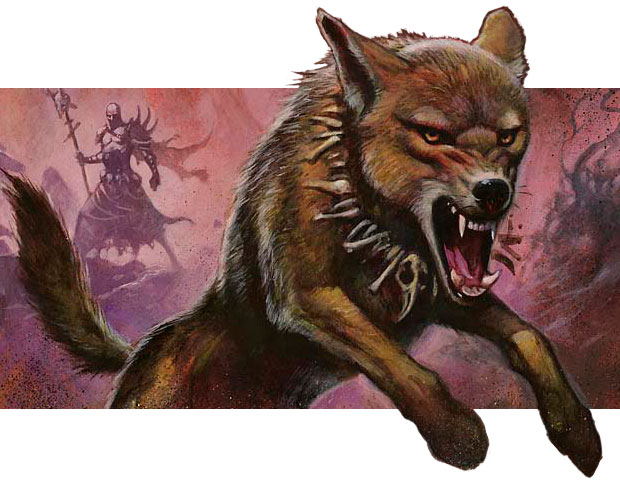 From what we've seen so far of Rise of the Eldrazi Limited, relatively slow, powerful decks tend to be the most successful strategies. Aggressive decks have a very hard time putting enough of a hurt on their opponents to cruise to victory. While you can't completely ignore the early game (you can, of course, still get behind on tempo and lose to fast starts even if this is a "slow format") it is much more important to focus on your late game. You have to make sure that you have enough answers to your opponents' bomb creatures, and you will usually want to make sure that you have some game-breaking Eldrazi monsters to take your opponents out in style and with ease.

But how do you know which Eldrazi creatures are right for you? How much should you give up to be able to cast them? And what lengths should you be willing to go to to have answers for opposing Eldrazi?

How Much Is Too Much?

Even a Rise of the Eldrazi deck without any mana acceleration can reasonably play Ulamog's Crusher or Eldrazi Conscription at eight mana. Even Artisan of Kozilek is a reasonable card to play at—what would in other formats be a prohibitively high—nine mana.

However, anything more than nine mana is really pushing it in a deck that only has eighteen or so lands as mana sources. Sure, you might sneak that Kozilek, Butcher of Truth or that Spawnsire of Ulamog into your deck, but without a way to accelerate into your ten-drops, you'll often find yourself sitting on them until turn fifteen or later. Sure, you will still be able to directly attribute a greater number of your game wins to your massively expensive, game-breaking spell, but unless you have the enablers that will allow you to cast it reliably, you will lose a number of games while staring at an uncastable Eldrazi creature.

While some decks have enough control elements to make it to a late enough stage of the game to cast a Pathrazer of Ulamog without any assistance, you shouldn't think that your deck without any Eldrazi Spawn token generators will be able to support a spell that costs more than nine.

If you have a lot of quality defenders, and a bunch of ways to deal with your opponents most menacing threats, such as Guard Duty and Corpsehatch, then your deck will likely want (and possibly even need) to have a gigantic Eldrazi or two to be able to pummel your opponents with. But if you have a fairly normal, midrange deck with a couple of good removal spells and little to no acceleration, then you will probably be best off leaving your spells that require a double-digit number of mana sources in the sideboard.

In the extremely fast Zendikar / Worldwake Limited format, it is important to play eighteen lands to insure that you can cast your spells in a timely manner and to enable you to consistently trigger landfall. 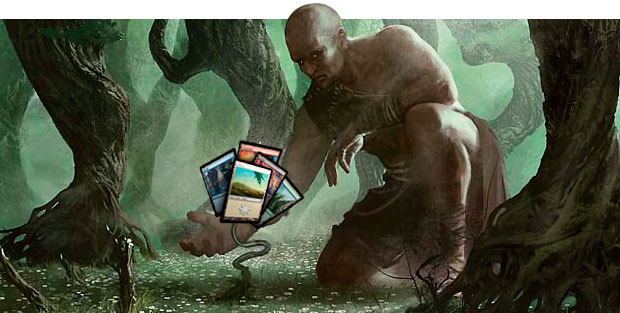 Rise of the Eldrazi Limited is much slower, so it's okay to play seventeen lands, right? Because the games are slower, you'll have more turns to draw your lands and cast your spells. And if you have more time, you'll want to draw more spells than your opponents. Right?

While it's true that Rise of the Eldrazi Limited games are slower, that alone is not a good enough reason to run seventeen lands. Sure, you want to outspell your opponents, but it's more important to be able to cast your spells in a timely manner.

While it isn't as hard to recover from missing an early land drop in Rise of the Eldrazi Limited as it was in Zendikar / Worldwake Limited, you are under a constant pressure to steadily build your mana supply.

You don't want to give your opponent time to draw into answers for your monstrous Eldrazi creatures, nor do you want to give your opponent the chance to cast his or her gigantic Eldrazi creature before you can. There are few things more painful than sitting helplessly as your board gets rapidly annihilated by an Eldrazi while you look at an Eldrazi in your hand of equal or greater size.

How Good Are Eldrazi Spawn Tokens?

If you cast an Emrakul's Hatcher on turn five, you will be able to cast almost any spell in the set on turn six. And if you're able to cast an annihilating Eldrazi creature before your opponent has had an opportunity to really get his or her game going, and he or she doesn't have an answer, then that will almost always be game. 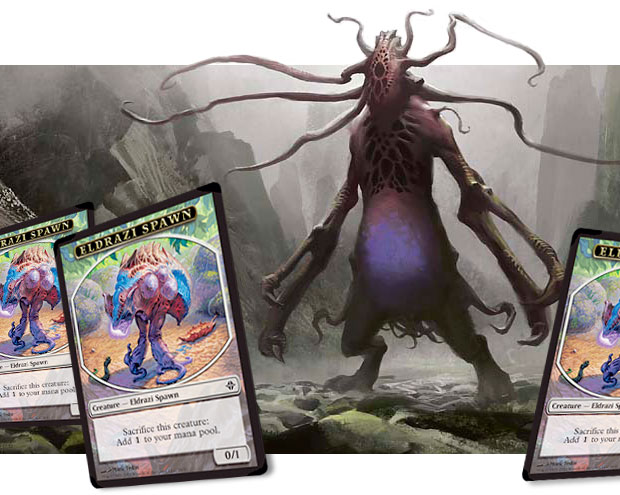 If you can't accelerate out your enormous Eldrazi, and you instead have to wait until you can cast it manually when you get to eight, nine, or even twelve lands, then you will give your opponent all the time that he or she needs to be able to cast his or her own Eldrazi, and to draw whatever answers he or she might have to deal with your game-breaking creature.

This means that spells that generate Eldrazi Spawn tokens are absolute must-haves for any would-be Eldrazi-summoner! Fortunately for you, not only do many of the top Eldrazi Spawn token generators help you cast Eldrazi creatures, many of them are pretty solid even in the absence of any eleven-cost fatties.

Corpsehatch is an easy first pick. Kozilek's Predator, Emrakul's Hatcher, Essence Feed, Awakening Zone, and Pawn of Ulamog are worth taking extremely early (probably first-through third-pick). Dread Drone, Nest Invader, and Growth Spasm are good to pick up anytime after the first few picks, and even Spawning Breath is a fine card to include in your deck.

The one unconditional Eldrazi Spawn token generator that seems underwhelming to me is Skittering Invasion. Skittering Invasion seems reasonable to me in a deck that is trying to cast one of the largest Eldrazi spells, like Ulamog, the Infinite Gyre, or It That Betrays. But otherwise it doesn't quite seem like it's worth spending seven mana on a card that doesn't actually influence the board in any significant way.

So, Which Eldrazi Is Right for You?

Now that we've talked for a bit about lands and ways to ramp up your mana, let's go back to the question of which Eldrazi creatures you can actually afford to cast.

If you have no ways to accelerate your mana, then you will probably want to stop your curve at about Artisan of Kozilek. You probably wouldn't want to play any copies of Hand of Emrakul, even if you get them, because it doesn't impact the board nearly enough for the price that you have to pay for it. However, it is reasonable to include a particularly game-breaking ten drop (either Spawnsire of Ulamog or Kozilek, Butcher of Truth will do) because they are so good. However, Pathrazer of Ulamog and even Ulamog, the Infinite Gyre probably cost a bit too much to be able to seriously consider including in a deck with only 18 lands for mana sources.

If you have one to two ways to generate multiple Eldrazi Spawn tokens, then it becomes reasonable to play anything that costs up to twelve mana. Even though you can cast the largest Eldrazi creature, it doesn't necessarily follow that you will want to spend early draft picks on them. Rather, you will probably be content to include an eleven- to twelve-cost monster in your deck, but you won't actually get the chance to draft it unless there's a weird sequence of packs, or your deck is in desperate need of a way to close out the game.

If you have three or more ways to generate multiple Eldrazi Spawn tokens, then you can not only afford to play anything short of Emrakul, the Aeons Torn, but you can take them over some pretty solid spells.

The easiest way to deal with an Eldrazi creature is to kill your opponent before he or she can cast it. The next best option is to have a removal spell handy.

During the middle stages and even some of the later stages of the game you will often be faced with tough questions as to how to best use your removal spells. Should you use your Corpsehatch now to try to kill your opponent quickly (or to help yourself survive an onslaught), or should you hold it until your opponent casts a Spawnsire of Ulamog that you absolutely have to kill? 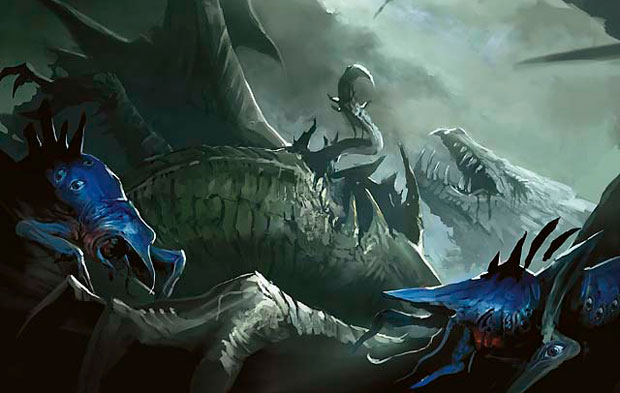 In this format, perhaps more than ever, it pays to be patient. Sure, if you can actually kill your opponent quickly, then you should use your removal spells to clear the path for your attackers. And if you are in an absolute bind where you must kill your opponent's mid-sized threat or die to it, then go ahead. But if you are at or near parity, and using your removal spell on a midrange creature would serve only to provide you with a temporary advantage, then you should probably hold your answer for something more threatening, be it an Eldrazi, a leveler, or even a more traditional bomb like a Conquering Manticore.

While we're all learning how to draft and play this set, here are a few important things to keep in mind:

I'll be back next week with more information as we navigate our way through this rich and unique format.

Posted in Limited Information on April 27, 2010