In this column, we often talk about discipline. Discipline is an important component to improving strategically, and when it comes to card evaluation as well. It also pops up fairly regularly during the draft and even the deck-build portion. The temptation to splash for a card we really shouldn't, or to draft a bomb that is off color, is strong. Normally, I would be the one to tell you to straighten up and stay the course. But this week, we are going to take a look at the other side of this particular coin.

It's easy to forget why we play Magic. For most of us, it's to have fun. To be more specific, it's to enjoy ourselves. For many people (myself included), enjoyment is procured through winning and improving. I enjoy Magic the most when I am winning, but my focus is on how well I am playing, and what I experience during the course of my games. When I play well, I feel a sense of accomplishment. It's a feeling not accurately described by the word "fun." Fun is more lighthearted. Fun involves laughing.

While my personal enjoyment is based more on improving, playing well, and hopefully winning games, I also have another gear at my disposal. Known colloquially as "going deep," it's one of the best ways to enjoy Magic, especially Limited. But it goes beyond that, too. It's also an important part of your development as a well-rounded player. 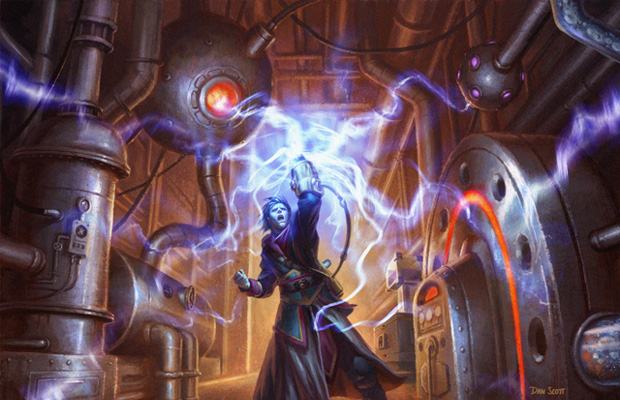 I often compare our pursuit of Limited excellence to science in this column. I like to think of myself as a scientist when it comes to this sort of thing. Inquisitive thought, trial and error, and the willingness to look at new things are all integral to this mission. While it remains important to stay the course in the face of tough decisions, it's also important to recognize when it's time to go off the beaten path and see if you can find something new. More importantly than if you actually find something new, you will have a perspective on the cards and the format that you haven't seen before. This is critical to gaining the type of super-in-depth understanding of a format that the professional players achieve.

While most people won't have the opportunity to do enough raw repetitions of a format to get to that level, you can speed up the process by trying out some crazy decks from time to time. 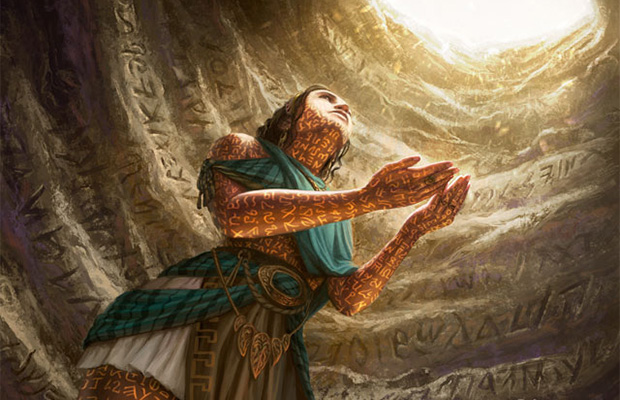 Something that is very important about this process: Make the decision to do this consciously. If you fire up a draft, end up with some wacky build halfway through pack two, and then decide that you are going deep, you are doing it wrong. You can't use it as a crutch; you have to own it.

The fact is, you will likely lose more often going deep than you will by drafting the same archetypes that you already know. After drafting a similar deck multiple times, you get to know it. You will know what the key cards are, which to pick where, and what a good version or bad version of the deck looks like. When attempting a depth run, this won't be the case.

You will have to improvise a bit. Your idea may not work. Sometimes, things just don't come together, but you are always playing with Magic cards and there will still be games to be played. The important thing is that you push your boundaries and try something outside of your normal comfort zone. 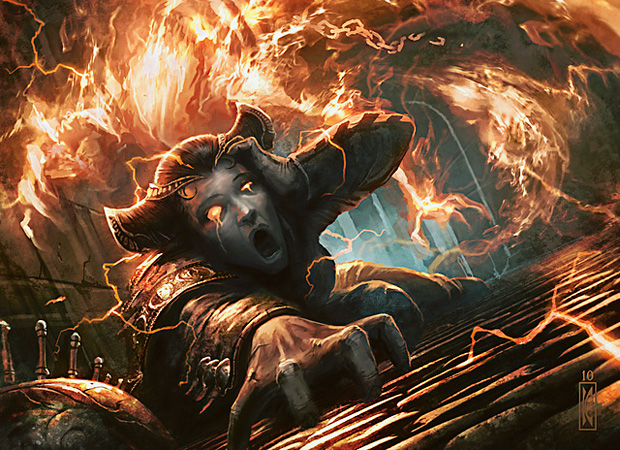 I remember the first time I tried to "break" Burning Vengeance . Usually, when we use that term it's for Constructed, and it's when someone finds a loophole to abuse a card in a way that wasn't thought of before. In my case, I was just trying to do exactly what the card was designed to do. But I wanted to make a crazy draft deck with it, and once I saw it sitting in my opening pack, I moved in.

It can feel very strange to pass on solid, playable cards in the name of experimentation. It also is exactly what must be done. I took that Burning Vengeance and then proceeded to fully draft around it. I picked everything I could reasonably resolve with flashback. I even played some Dream Twist s just to see if that worked.

Innistrad was set up particularly well for this type of thing, but every set has some wiggle room when it comes to pushing the boundaries. It's hard to describe the feeling you get when you are halfway through a draft with a crazy deck like this. It's exciting, and ultimately, it's educational as well.

In my case, it helped me put up my best Grand Prix finish to date. In my third Grand Prix, I was playing Innistrad Sealed. My pool was mediocre, and I was concerned that I wouldn't make Day Two. I was worried about my overall lack of removal. Then I noticed that I had multiple Burning Vengeance s and enough flashback spells to make them worth playing. I tapped into the knowledge I had gained from prior "gone deep" drafts to help me build a better deck for Sealed. Ultimately, I made Day Two, and went 2–1 in both drafts for a respectable money finish in the event.

(I was even lucky enough to get a feature match in the event; you can watch it at this link.)

If I hadn't pushed myself and tried out the Burning Vengeance deck in prior drafts, I never would have found the build that carried me to Day Two in Austin. I had an Olivia Voldaren in that pool too, and that was essentially the best Limited card in the format. Instead, I ran Burning Vengeance , and it led to a successful Grand Prix.

Going deep doesn't mean splashing around with bad cards, terrible mana, and no sense of reason. It does mean picking a specific card, theme, or idea and hammering on it until it bends. In the example I used above, I talked about drafting Burning Vengeance decks in Innistrad Limited.

As you can see, it's pretty straightforward about what it's trying to do. I took that simple premise and expanded it to an entire deck. This is the best way to approach going deep.

It's good for a couple of reasons. First, it lets you take a slice of a strategy and really get to the meat of it. How will you know if something is really good if it happens to be one of four ideas you are trying out at the same time? It's too easy to get lost in the fray. Second, it gives you the highest chance of success. We talked earlier about accepting a slightly less-than-optimal win rate while we try out the fringe strategies. There is no need to turn a slightly discounted win rate into an unworkable one.

The key is to zero in on one idea. It may be a card like a build-around-me uncommon, or it may be a creature type, or maybe pushing the limits on how many one-drops you can run in a deck. Maybe it's a deck that is completely uninterested in attacking. Perhaps you push the boundaries of lands, only including thirteen in your build that tops out at three mana.

I would start with the obvious stuff, and then move into the more obscure areas.

Once you get the deck you are after, try to be reasonable about the results. If you lose with it, don't simply dismiss it as terrible. Ask yourself why you lost. It may in fact be because the deck is terrible. It also could be the result of many other factors. Same goes for if you win with it. Don't assume you have broken the format right away; instead, examine what worked and what didn't work with the new archetype. Often, we can combine bits and pieces of failed attempts to create a sweet new archetype.

The Noose Is Loose

While there is a lot to learn from doing an exercise like this, the main thing is to have fun with it. Enjoy your new freedom, and perhaps come up with the next big deck!