How Much Better Do You Need It to Get?

You sit down for Round 1, and your opponent wins the flip and chooses to go second. 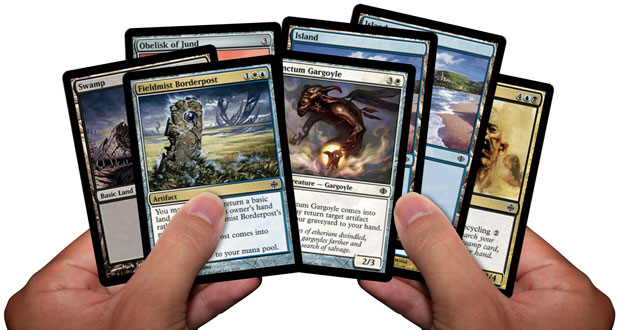 You draw your opening hand, and it contains:

This hand has every color of mana and you have plays from turn three on. You take a glance at this hand and it's an easy keep ...

... But if you take a step back and think about what you actually have, you'll notice that you have a four-mana 2/3, a six-mana 2/4 (which you will be able to play as early as turn five!) and some mana.

If we had different spells this hand could easily be keepable, but as it is something as simple as a Sigiled Paladin on the other side of the table would put us in a dire, dire situation.

This hand doesn't apply pressure on the opponent, doesn't have good defense if they have a fast start, and doesn't have anything impressive going for it later in the game.

I would not keep this hand on the play or on the draw.

Yes, you have all of your mana, but that's really it.

The Problem with Land-Dense Hands

One common fallacy that people believe is that because a hand has a lot of mana sources in it, they will draw a higher density of spells as the game goes on, thus making up for the extra lands that they started the game with.

Only problem is, that's not the way things actually work. 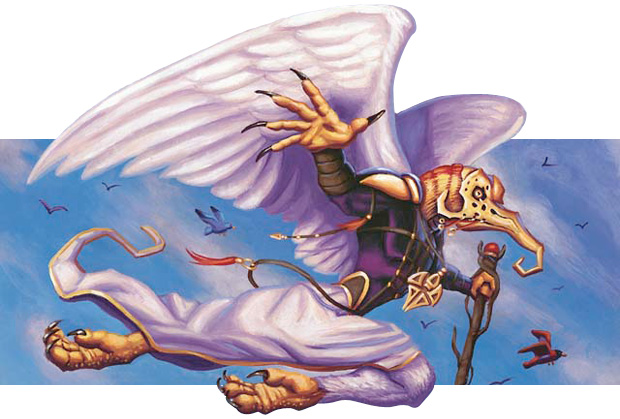 A bird in the hand is worth two in the deck.

In decks with 16 or 17 mana sources, having five lands in your opening hand would make a significant improvement on the overall spell density of your draws. After all, only 11 (or 12) of your remaining 33 cards are going to be mana, meaning that you're going to draw a spell an average two out of every three turns.

The problem is, you're probably only running 16 lands for a reason. That reason is almost certainly that you don't need to draw that many lands.

If you already have five lands in your hand, then that's probably all the lands that you are going to need for the rest of the game. That means every subsequent land you draw will be an irrelevant card.

Fifteen of our remaining 33 cards are mana sources. And we need only one more mana source to turn on every single spell in our deck. That means that we're going to have a lot of irrelevant draws in our future.

It's one thing if a hand is in need of a specific piece to kick into fourth gear; it's an entirely different story if your plan is to just generally draw well.

While there are plenty of times where you have to trust in the strength of your deck to relieve you from your awkward starting hand, you have to make sure that at the very least your hand is better than the average six-card hand. So while having a lot of lands in your hand does slightly raise the average quality of subsequent draws, that won't change the fact that your hand is on life support.

The hardest mulligan hands tend to have five lands and two spells or five spells and two lands. Four-land, three-spell and three-land, four-spell hands are usually keepable unless they have a tragic flaw (the flaw could be no action, missing a key color of mana, not fast enough, etc.). One land, six-spell hands can be a bit tricky, but they are very rarely worth keeping. And I've never heard of a one-spell, no-spell, or seven-spell hand that I'd consider keeping in Limited. 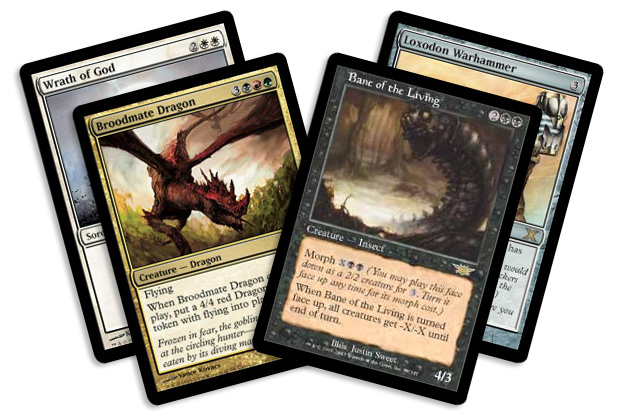 It really doesn’t matter how good that one spell is…

In order to keep a five-land hand (or a three-land, Borderpost, Obelisk hand) you're going to need to have some very good spells. If the hand in question had a Sharding Sphinx or a Tower Gargoyle instead of a Jhessian Zombies, then I would say keep it in a heartbeat. But when your spells are slow, and ultimately comparable to two- and three-drops, then your hand really isn't cutting the mustard.

Always ask yourself whether you can recover if you stumble a bit. Well, that depends on your hand and, just as importantly, on your deck.

Decks That Are Good at Catching Up

The deck that we're looking at right now is OK at catching up, thanks to some awesome creatures and good one-for-one removal spells. It could be reasonable to keep a hand that doesn't have all that much going on for it, safe in the knowledge that your draws are going to be, on average, better than your opponent's draws.

Now you might be thinking to yourself, "But wait, I thought that you said we shouldn't keep this hand. Wouldn't having good mana and a couple of spells be enough to justify keeping this hand?"

The problem with this hand (in the context of this deck) is that it has very little going on early, and what it does have going for it is barely worth the time that you're going to have to spend on it. If this hand had two spells that were good early, such as Metallurgeon and Fleshbag Marauder, then we would have a different story on our hands (in my opinion that hand is borderline keepable, and I wouldn't fault anyone for keeping or mulliganing it) but as it is, we're almost certainly going to fall behind early. Then we're probably going to continue falling behind in the middle of the game unless we draw some really good cards. Then the slightly higher average quality of our draws might start to kick in and give us a fighting chance.

This hand needs a lot of good things to happen to it just to get back to even. And that simply isn't good enough.

About This Deck's Mana

I was sent this deck list and mulligan question via email, and I thought it was interesting enough (and polarizing enough) to share. But, as a number of you pointed out in the forums, the mana on this deck is slightly off.

In the forums, Sol Malka articulated the changes that I would want to make to the deck when he said:

Black is the primary color, and yet there are currently:

(Note that I am counting Esper Battlemage and Esper Stormblade as mono-blue and Crystallization as mono-white, since the chance of having that single color and being useless is minuscule. Reborn landcyclers count as "sources" but not "spells".)

A straight swap of -1 Island, -1 Plains, +2 Swamp will achieve a ratio that's in balance with the deck's spells. I'm not a fan of 2 red sources for 2 Terminates and 3 green sources for 3 green cards -- there are too many ways for this deck to fail.

This deck is playing too much mana!...

If there were any other blue, white, or black spells worth running then I would almost certainly have cut my red and green spells, allowing me to further improve my mana and run fewer mana sources.

But barring any knowledge of the deck's sideboard I would simply swap one Island and one Plains for two Swamps.

This deck has some mana problems, including splash difficulty, but the mana is not terrible.

However, when your deck has legitimately bad mana, something along the lines of 6 Mountains, 6 Swamps, and 5 Forests in your Jund deck with heavy red, black, and green requirements, then the way that you look at your hands has to change. 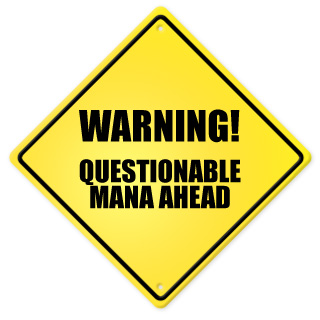 If you have a 6/6/5 mana base, then that's almost certainly a sign that something has gone wrong. But that doesn't mean that you have to despair; it just means that you have to make your subsequent mulligan decisions according to your deck's needs and limitations.

So, if my mana were truly awful but my spells were good, and I were presented with a hand that would leave me without a mana concern in the world but a couple of fairly dinky spells, then I would almost certainly keep that hand in a heartbeat.

Well, it's a question of what you can reasonably expect to happen. When you dip down to six with a deck that has bad mana, things probably aren't going to look too pretty. If, on the other hand, you keep your hand with perfect mana, then you are going to have a pretty good chance of being able to play your game normally—something that you would need to get lucky to do regardless of the circumstances.

But that's not the way to think at all. You really don't want rely on rules of thumb when you're asking mulligan questions about borderline hands. You can think of past examples as guidelines that might make your future decisions easier, but you really have to think about things on a hand-by-hand, deck-by-deck basis.

Sometimes your deck will be very mediocre, but you have some Wild Nacatls and other good early creatures that could potentially give you a good shot to win. Then ditch your mediocre hand and try to get a good one!

You sit down for a Shards / Conflux / Alara Reborn draft. You open up your first pack, and it contains: