o prepare for my article for Werewolf Week, I decided to grow a mangy beard and attack people in the woods after dark—I mean, play a lot of Innistrad Limited.

If you are playing a deck full of Werewolves, then you're going to want to dump your (non-instants) as early as possible, as you won't want to cast two spells in one turn once your seemingly harmless village dwellers have transformed into terrifying fanged creatures that more closely resemble beasts than men and women. 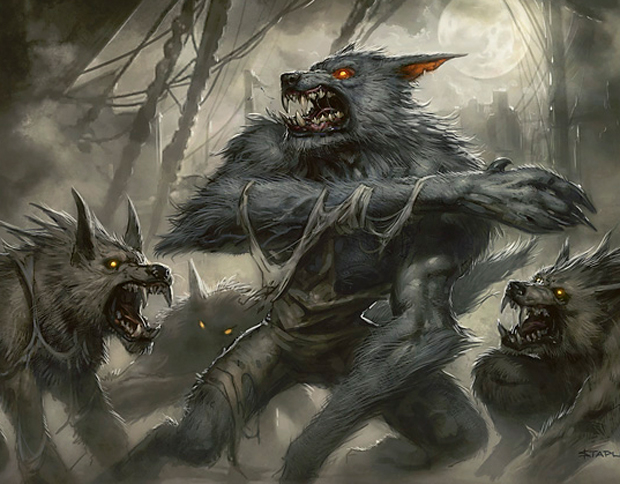 If your opponent goes even a single turn without casting any spells and you're playing an aggressive Werewolf deck, then you're going to be in great shape. But if you're playing a (relatively) slow deck that has some Werewolves in it, then they're just going to be some more good creatures.

While I haven't played many Werewolves myself, I have had a chance to play against the sets hairiest creatures quite a few times.

One important thing to keep in mind while playing Innistrad Limited is that none of the transform cards in white, blue, and black check to see how many spells have been cast, or when they were cast. Rather, they all trigger for specific (and unique) reasons. Cloistered Youth can transform into Unholy Fiend for free on its controller's upkeep, Ludevic's Test Subject turns into the gigantic Ludevic's Abomination once you've invested a dozen mana into it, and Bloodline Keeper can transform into Lord of Lineage once you've got five or more Vampires on your side of the board (though you might choose not to transform it if you think your opponent is holding a Smite the Monstrous).

However, if your opponent is playing red and/or green, then you'd better be prepared to face some Werewolves.

Wondering how the presence of Werewolves should influence your play?

Using Your Mana Inefficiently for Fun and Profit

We've been trained to use our mana efficiently. If we have a spell that we know we're going to want to cast in the next couple of turns (and that's not choice removal or a trick), then we should just cast it whenever we have the spare mana that we need to do so.

In most formats, if you have a cheap piece of Equipment, like a Silver-Inlaid Dagger or a Blazing Torch, or a card that fetches a land like a Traveler's Amulet or a Caravan Vigil, it would generally be correct to just cast it whenever you have a spare mana lying around so you wouldn't have to worry about it later.

Sure, there are exceptions to this, like when you are planning to surprise your opponent with a few extra points of power from an Equipment, when you need to hold cards to play around a discard spell (it's better to lose a Swiftfoot Boots to your opponent's Mind Rot than to lose a Fireball), when you need to surprise your opponent by killing off a key blocker with your Blazing Torch, or when you're holding up mana to represent an instant like a Mana Leak or a Shock. But the bulk of the time, you just want to cast those cheap spells ASAP, as you don't want to get to a turn where you desperately want to cast a creature, cast the Equipment, and equip it, but you are a mana short so you can't...

Werewolves change all this.

Now you are directly incentivized to hold onto cheap spells so you can use them to minimize the effectiveness of your opponent's Werewolves. You can either cast your Blazing Torch on a turn where you don't have any other spells to cast to keep your opponent's Werewolves in Human form, or you can use it as your second spell on a turn to transform those opposing Ironfangs or Howlpacks of Estwald into far less intimidating Village Ironsmiths or Villagers of Estwald.

Your opponent has a Rampaging Werewolf on the board, and the only spell in your hand is a Dead Weight. What do you do? 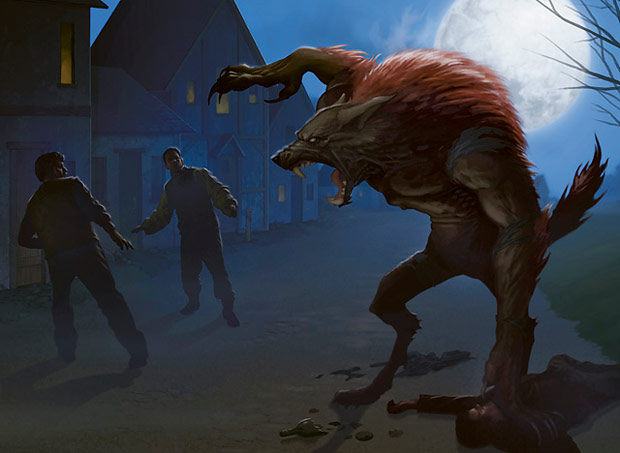 If you have a Fortress Crab or a Voiceless Spirit, then you're probably going to want to cast the Dead Weight immediately so you can stop getting hit for 6 points a turn. But if you have an otherwise empty board (and a reasonably high life total), or if you already have a large enough blocker to hold off your opponent's 6/4 Rampaging Werewolf, then you're probably going to want to hold onto your Dead Weight until you draw another spell that you can cast on the same turn. That way, you can sit and cackle as your opponent's Rampaging Werewolf turns into a 1/0 Tormented Pariah that will immediately die (because it has 0 toughness). 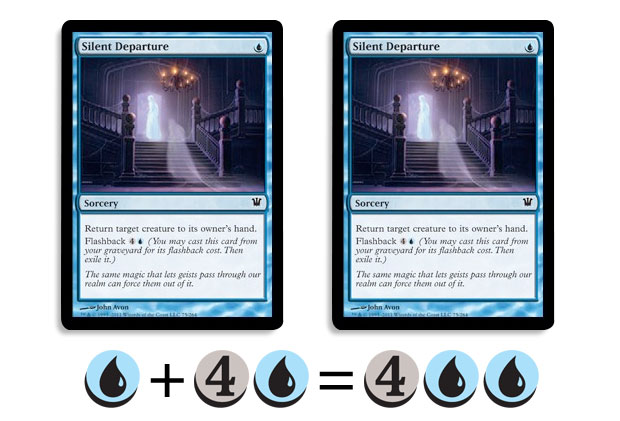 Your opponent will need to spend the next two turns recasting the creatures that you bounced with Silent Departure, and this will keep those pesky Werewolves from transforming.

Heck, any sort of reasonably priced flashback card can give you a humongous swing in any race where your opponent is leaning on Werewolves. Travel Preparations (which is much stronger than I had initially thought it would be) and Feeling of Dread are excellent ways to turn off opposing Werewolves, and they allow you to punch in for big chunks of damage. You can cast the spell, and immediately flash it back, or you can cast any of your other spells and your flashback card to give yourself a bit of breathing room. All the while, you will force your opponents to make tough decision as to whether or not he or she can afford to take off more time to transform Werewolves when you might just force them to transform back again a turn later.

If you have a Werewolf or two on your side of the board, then you should be even more wary to let creatures die against opponents who are playing green than you would be normally.

Your opponents might normally feel inclined to hold onto their Festerhide Boars, and Somberwald Spiders until they can cast them with morbid bonuses. But, if forced to choose between passing a turn with no play and letting Ulvenwald Mystics turn into a 5/5 regenerator, or playing out their Festerhide Boars as 3/3s, then most players are going to choose to play out their creatures without morbid so that they can keep your Werewolves in less threatening forms (for at least a little while).

There will probably only be one or two decks at any given draft table that rely heavily on werewolves. No, this isn't a lot, but that doesn't mean you can afford to ignore them. When you sit down to play Innistrad Limited, you should be prepared to draft, build your deck, and mulligan with Werewolves in mind 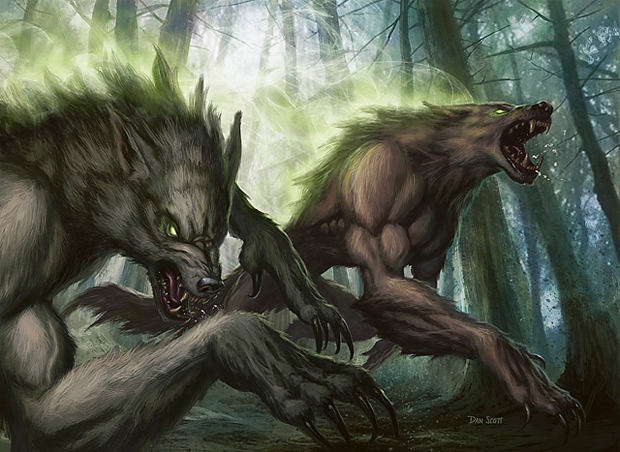 It's always important to have a good curve, but it's especially crucial to make sure that you can cast spells on command (or that you have a lot of removal) when you're playing against decks that are full of Werewolves. If you take a turn off from casting spells, AND your opponent gets to transform all of his or her Werewolves, you're going to fall pretty far behind.

If you want your main-deck configuration to be a controlling blue-black deck, then you should go out of your way to make sure that you have access to not only cheap, premium removal spells like Dead Weight, but also cards like Sensory Deprivation, Silent Departure, and Typhoid Rats that can set your howling opponents back in more ways than one.

Heck, it can even be worth it to draft, and sideboard in cheap cards like Traveler's Amulet even when you don't really need the mana fixing, just so you have another way to make sure that you don't get blown out early by your opponent's two Merciless Predators, or get clobbered to death later by a 7/7 Krallenhorde Wantons.

Don't be afraid to cast Midnight Haunting on your own turn if that'll stop transformations from happening, and feel free to board out countermagic like Dissipate if leaving up mana for it will make your opponent's creatures way better.