nnistrad Limited is filled with opportunities to gain subtle advantages over your opponents. But in order to gain these advantages, you're going to need to keep an open mind about things while you're playing, drafting, and building your decks.

It's been a long couple of days, and I have a flight in a couple of hours, but before I take off, I wanted to make sure to share some of the lessons that I learned while doing coverage at Grand Prix Santiago.

While the common and uncommon transform cards like Villagers of Estwald and Village Ironsmith didn't seem to have a huge impact on the way that people drafted, the rare transform cards like Daybreak Ranger, Bloodline Keeper, and Kruin Outlaw made their presence felt in every draft that they made an appearance in. 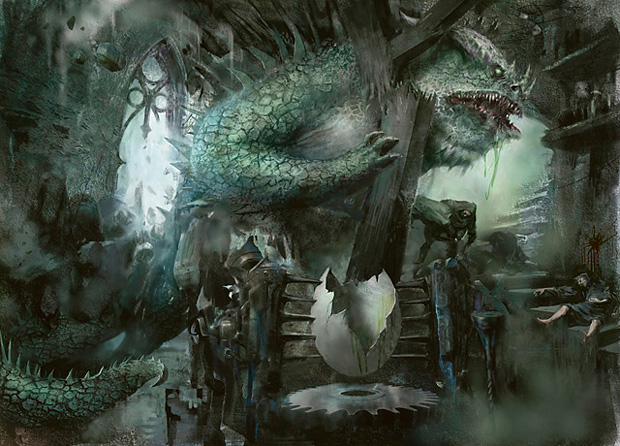 Going into the first draft on Day Two at Grand Prix Santiago, Martin Juza confided to fellow coverage reporter and Daily MTG columnist Brian David-Marshall that he really wanted to draft a blue-black mill-yourself deck that took full advantage of cards such as Forbidden Alchemy and Armored Skaab.

However, Juza realized that he needed to veer away from this plan when he saw the two players to his right take Ludevic's Test Subject / Ludevic's Abomination and Bloodline Keeper / Lord of Lineage with their respective first picks.

Juza went on to 3-0 the pod with an evasion-heavy green-white deck that topped out its curve with two copies of Kessig Cagebreakers. Had the players to his right opened (and passed) a Reckless Waif and a Grizzled Outcasts, say, there's no question that he would have gone down an entirely different road.

Why do the rare transform cards have such a huge impact on drafts?

The short answer is that while most players will feel okay abandoning a Villagers of Estwald if the green isn't coming to them, it can be incredibly difficult for players to get away from something as good as a Bloodline Keeper.

Consequently, the players sitting near the lucky recipient of the game-breaking vampire will typically understand that they shouldn't even try to fight over black (if they have any choice in the matter).

Silent Departure is one of the highest-impact cards in the format. If you have an aggressive draw backed up by Silent Departure and your opponent stumbles even a little bit, it won't be long until your opponent is reaching for his or her sideboard to try to find some more cheap blockers to survive your onslaught. 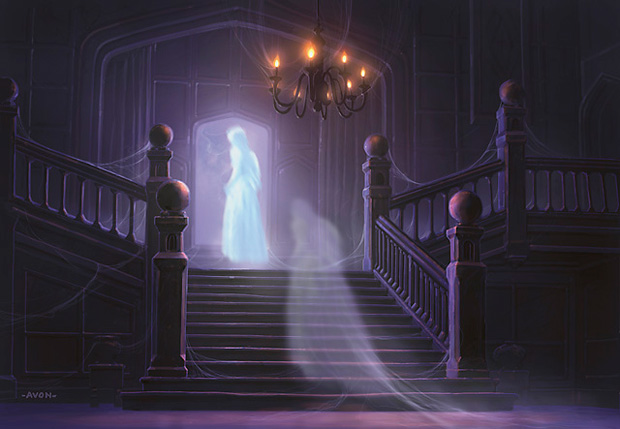 However, the blue bounce spell is only good if you have creatures that you can attack with.

Paulo Vitor Damo da Rosa was seen cutting a copy of Silent Departure from his Sealed Deck because it just didn't fit in with his plan. Paulo was playing a controlling deck that couldn't afford to waste cards to gain a bit of time.

"It's a tempo card, not a control card," explained the Brazilian pro. If you're not exerting pressure, you're just forestalling the inevitable while throwing away cards

Innistrad Limited is still in its infancy as a format, and consequently players are still figuring out what it takes to make different draft archetypes work.

Even the top players in the Player of the Year race are currently refining their understanding of how to win not only with fringe strategies that rely on getting multiple uncommons or rares (such as those that revolve around Burning Vengeance), but with the decks to beat.

While it might seem like it's easy to hit the mark with straightforward aggressive green-white decks, there are still a lot of interesting questions that you need to ask yourself while you're picking up Travel Preparations and Chapel Geists.

While some of these questions may have very straightforward solutions to them once players have had more experience with the format, right now they are very tough to answer.

Rats Off to Ya!

Innistrad has a number of defensive creatures that can absolutely shine under the right circumstances. While you might not want to play any defensive creatures in your hyper aggressive green-white deck, if you're playing a blue-black mill-yourself deck with multiple copies of Forbidden Alchemy, you will often need to fill your deck with at least a few defensive creatures to ensure that you will be able to live long enough for your high-powered cards to take over. 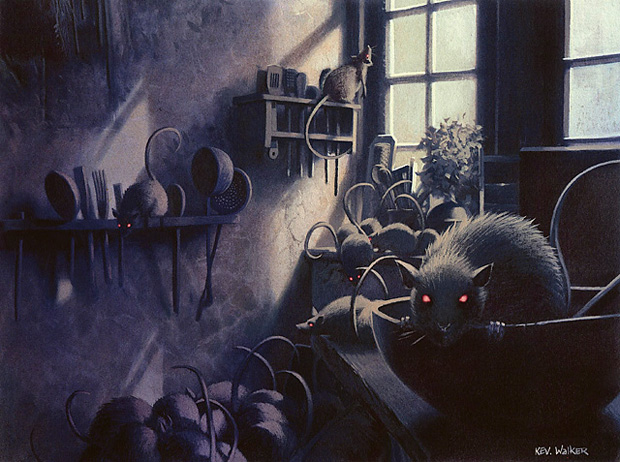 But just because Typhoid Rats isn't the flashiest card doesn't mean that it isn't important. It can punch in a few points of damage early and it give you something to do with your mana while you're pulling ahead on cards with things like Forbidden Alchemy and Think Twice.

If you don't have cheap defensive cards such as Typhoid Rats or Sensory Deprivation in your blue-black control deck, you're going to get overrun by players with aggressive decks.

And that just isn't something that you can afford to have happen.

What Are You Representing?

Martin Juza came up to me after he lost his quarterfinal match to eventual champion Igor Silva Pinto with his hands clutching at his head and a completely dejected look on his face. Before I could even ask him what was wrong, he exclaimed that he couldn't believe how badly he had played the match. 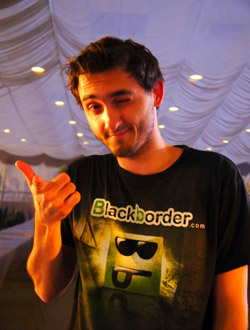 Juza, fully aware of the fact that Pinto had a Bloodline Keeper in his deck (that Juza had almost no way of beating if it resolved), started the third game by playing a Forest and an Island.

Juza played a second Island on his third turn and passed the turn to Pinto with all of his mana up. Pinto then played his fourth land, and seeing that Juza was clearly representing Dissipate, decided not to cast the Bloodline Keeper in his hand—instead playing a spell that was in no way essential to his game plan.

Juza tapped out for a creature on his next turn, giving Pinto the window that he needed to run out Bloodline Keeper, which he quickly took over the game with.

You see, Juza was holding Frightful Delusion, a card that Pinto had not seen from Juza's deck in either of the first two games.

Had Juza played a second Forest, instead of a second Island, Pinto would not have had to worry about Dissipate, and consequently would have been very likely to play his Bloodline Keeper on turn four. Had that happened, Juza would have been able to counter it and put himself very much back into the game.