Posted in Limited Information on September 12, 2012

t can be scary (and potentially deadly) to spend a lot of mana for a card that doesn't have an immediate impact on the board.

You're under a lot of pressure and you need a way to get yourself back into the game immediately? Too bad you're going to have to wait at least another turn for that big spell that you just cast to do anything.

Even when you get off to a good start, you'll have to choose between pressing your advantage and relegating a potentially devastating card to a near useless status... OR taking a full turn off to (potentially) pull further ahead later.

Not only that, but stumbling on mana will only further delay your ability to get a relevant impact out of your card.

So why should you willingly play—let alone spend an early draft pick on—an expensive card that takes at least a turn to do anything?

Because it's very powerful, that's why. 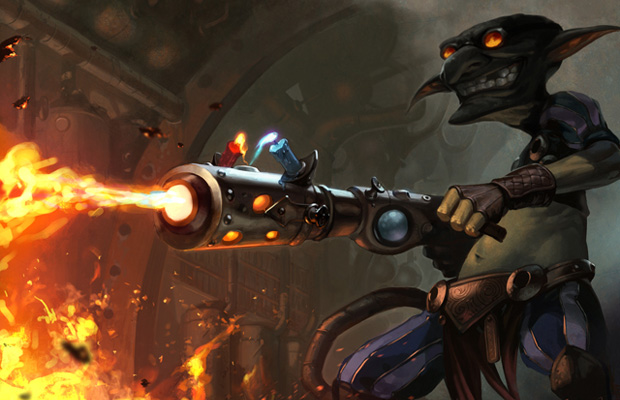 So what can you do with a Pyroconvergence?

Does your opponent block, allowing you to kill the 5/4 by casting even a single multicolored spell?

Or does your opponent take the damage, moving that much closer to a point where you can burn him or her out with your Pyroconvergence?

Either way, you're in good shape. And even if you don't have a multicolored spell in your hand, you will definitely have opportunities to make very believable bluffs... 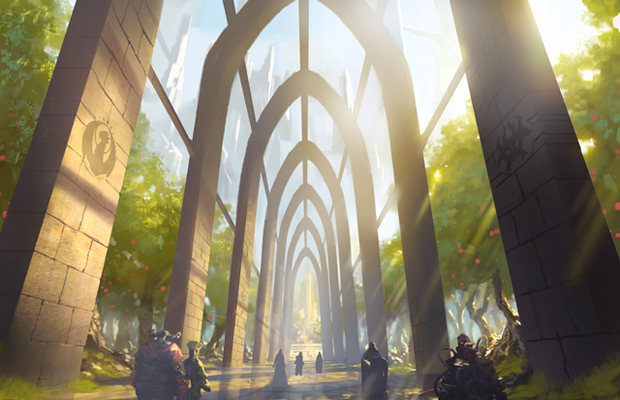 Fixing It So Your Pyroconvergence is Great

"Okay, I get it—a card that can consistently kill off my opponents' creatures, and eventually finish them off, is good. But how do I get the most out of it?"

But any time you have eight or more multicolored spells, you can be pretty confident that you will get more than your mana's worth from Pyroconvergence.

So how do you maximize your chances of drafting a powerful deck full of multicolored spells?

By prioritizing mana fixing, that's how!

Golgari Guildgate, Transguild Promenade, Gatecreeper Vine, and other high-quality mana-fixers should all shoot up in value for you once you've drafted a Pyroconvergence.

Once you've grabbed a handful of dual lands and/or Gatecreeper Vines, you should feel comfortable grabbing gold cards split across your three colors. But if you don't get much, or any, mana fixing, you're going to want to keep most, or all, of your cards within two colors.

So while acquiring a critical density of (good) multicolored cards should be a priority of yours, it's important to keep in mind that if you don't take the time to grab good mana fixing you're just going to end up losing a lot of your games because you can't cast your spells.

You've gotten a little bit ahead on the board thanks to Pyroconvergence and your opponent just spent a full turn without casting anything.

Should you play out all of your remaining multicolored spells and rush to victory before your opponent draws anything that might get him or her back into the game?

If you're going to be able to secure a victory quickly, or you're particularly afraid of something you know is in your opponent's deck, then go ahead and do it!

But if victory still lies somewhere in the distant future, then you should probably hold onto your excess multicolored spells so you can use them to kill off key creatures as your opponent plays them. 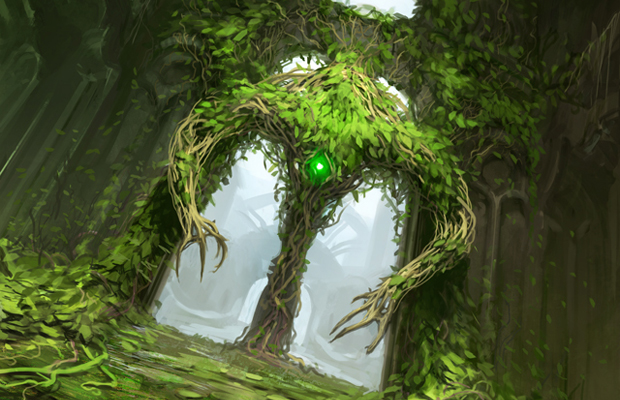 Getting Yourself Into Trouble

You drafted a deck with ample mana fixing, a copy of Pyroconvergence, and a bunch of good multicolored spells.

Now you just need to make sure you don't shoot yourself in the foot while trying to make the most out of Pyroconvergence.

Don't let yourself fall too far behind in order to get a little bit of extra value out of your Pyroconvergence.

You can fall behind pretty quickly when you take a full turn off to cast a card like Pyroconvergence. And if you're already behind, then that extra time might be just the opening that your opponent needs to close out the game.

So don't let yourself fall too far behind if you can help it!

Once you have your Pyroconvergence on the board, your draw steps are going to be better than your opponent's because every multicolored spell you draw comes with a free Shock attached to it.

So while you might not be able to immediately take over games where you were forced to cast some of your multicolored spells before Pyroconvergence, you shouldn't worry too much about missed equity. If you can progress the game to a point where you're at a relatively healthy life total, with some good defense, and a Pyroconvergence on your side of the board, you're going to be in really good shape. 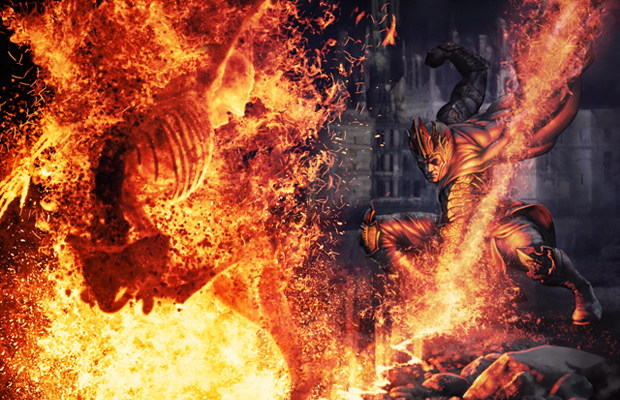 If you are going to wait to cast anything—it's usually better to hold off on casting your cheapest multicolored spells than it is to wait to cast your three- and four-drops.

Of course, it's tempting to play out your cheapest spells first. But if you're not under a lot of immediate pressure, it will usually be better for you to save your cheapest multicolored spells for after you've cast Pyroconvergence than it will be for you to wait on your three- and four-mana spells.

Not only are your three- and four-mana spells more likely to have an immediate impact on the game than your one- and two-drops would have, waiting on your Slitherheads and Rakdos Shred-Freaks will also make it relatively easy for you to cast multiple cheap spells (and get multiple Pyroconvergence triggers) in a single turn. This will allow you to quickly get caught up, or even take control, in games where you were well behind just a turn earlier.

In order to unlock Pyroconvergence's true potential, you're going to need to bend your draft around it. You're going to have to take mana fixing over good spells, and you might even need to take multicolored cards over comparably powerful monocolored cards.

But while you're jumping through those hoops to make your Pyroconvergence works, you're also going to gain access to all of the best spells that you see in three (or four, or even five) different colors. And even if you don't draw the potentially game-dominating Pyroconvergence once in your draft, if you have good mana and a bunch of great spells, you shouldn't have anything to complain about.

Posted in Limited Information on September 12, 2012