Lording Over Your Draft

Posted in Limited Information on March 20, 2012

ed-Green Werewolves and White-Blue Fliers are two of the best decks in Dark Ascension–Innistrad Limited. If you begin your draft with an Immerwolf or a Drogskol Captain, you're going to be off to a great start.

And if you don't end up fighting (that much) with your neighbors, you're probably going to end up with a really good deck. 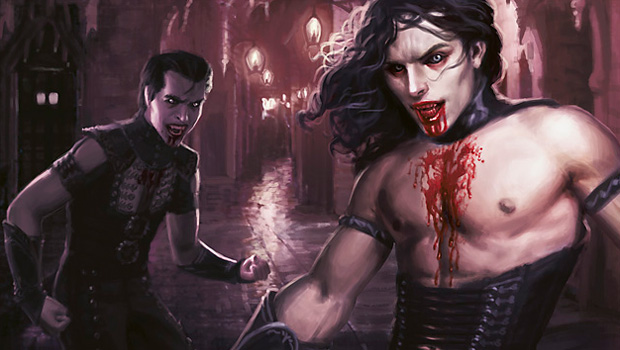 But if you find the Werewolves or the Spirits are drying out after the first couple of picks, you're going to need to do something to salvage your draft or end up with a deck that has a lot of trouble winning...

Even if you are drafting a "Vampire deck," that doesn't mean you need to take every Vampire you get passed during the course of the draft. If you see a good removal spell, such as Geistflame, in the same pack as a marginal Vampire like the expensive Stromkirk Patrol, you're going to have an easy pick on your hands. 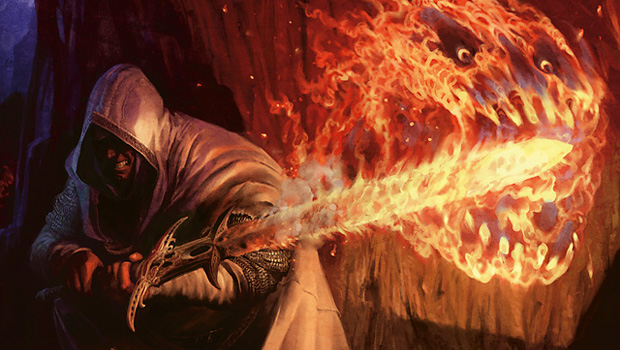 So even if you've already drafted two Stromkirk Captains and a Rakish Heir, there's little reason for you to pick up a borderline-playable five-drop when there's a really good removal spell in the pack.

But if you find yourself looking at a Geistflame and a Vampire Interloper (or a Bloodcrazed Neonate)—then you have a tough pick on your hands.

In most decks, Geistflame is going to be a significantly better pick than either Vampire Interloper or Bloodcrazed Neonate. But if you have two Stromkirk Captains and a Rakish Heir, these aggressive two-mana Vampires go WAY up in value.

It's easy to overlook this, especially when you are trying to make a pick in a timely manner, but the "best card" in your colors isn't always the best card for your deck.

(This might not seem like an all-that-difficult skill to master, but being able to recognize when a normally unimpressive card like Bloodcrazed Neonate is actually going to be an amazing addition for your deck can significantly boost your chances of winning.)

So if you already have a couple of lords in your deck, you shouldn't hesitate to take aggressive creatures that will get pumped by them, even over cards that are significantly better in the abstract.

And if you have a single lord in your deck, you should still bias your picks in favor of cards of the appropriate creature type. But you shouldn't throw conventional wisdom out the window just because you have a single, fragile way to pump your creatures.

With a single lord in your deck, you have the potential for some explosive draws, and the ability to go over the top during stalemates. But there are going to be a lot of games where you don't draw your lord, and there are going to be almost as many games where your lord gets killed—or countered—and you're stuck with a bunch of un-pumped creatures.

If those creatures are good to begin with, you're going to be in fine shape even if you don't have your lord in play. But if you're obsessively taking Zombies of varying quality to take advantage of your one Diregraf Captain, then things aren't likely to go that well for you.

Could I? Should I? In a Draft?

It's clear that a lot of good things can happen if you take a lord like Immerwolf early—but should you look to draft your entire deck around any single lord?

The short answer to that question is no. If you take a Stromkirk Captain or a Diregraf Captain early, you shouldn't make any wildly counterintuitive picks, even if your neighbors are ignoring the cards you want. There aren't that many good Vampires or Zombies in this format (nor are there that many ways to reward you for collecting a bunch of Vampires or Zombies beyond a lord you began your draft with). 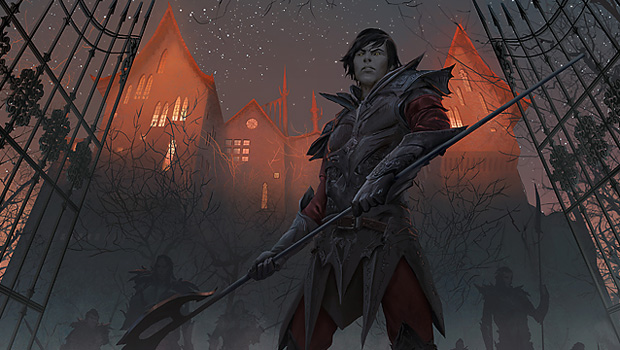 With a Stromkirk Captain or a Diregraf Captain in your deck, you're going to want to prioritize good removal spells and efficient on-curve creatures just as you would if you didn't have a lord in your deck. You should, of course, take on-tribe creatures over similarly powered off-tribe cards, but that should really be more of a tiebreaker that swings close choice rather than a reason to take a relatively underpowered card.

Of course, if you pick up a second Stromkirk Captain, then that's a different story entirely...

But if you have even a single Immerwolf or a Drogskol Captain, you should put a priority on drafting Werewolves and Wolves, or Spirits, respectively.

The bulk of the good, cheap, creatures in red-green are Wolves, and almost all of the best fliers in white-blue are Spirits. So while you will often be forced to choose between taking a card that is good on its own or a card that will work well with your lord if you are drafting Vampires or Zombies, those dilemmas are unlikely to come up when you're drafting Werewolves or Spirits.

If you are paid off, your deck is going to be really strong. And even if there isn't an abundance of good Werewolves or Spirits in your draft, red-green and white-blue are strong enough, and deep enough, color combinations that you can succeed even if your tribal cards only end up as a small subtheme in your deck.

When Do You Play Your Lord?

So you've finished drafting and now you're in the middle of a match. When should you play your lords to get the most out of them?

Before we answer that, let's think about the expected impact a lord will have in some common game states. 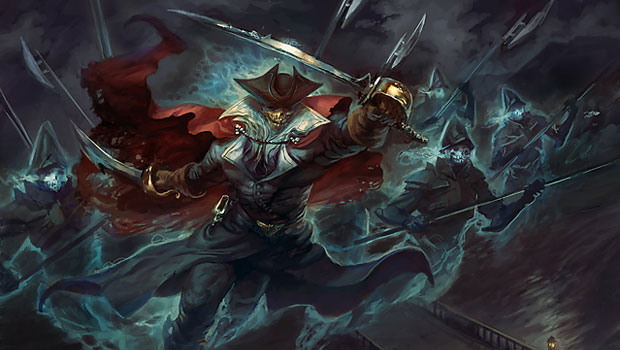 If you're already ahead on the board, a lord will often allow you to close out the game in short order, as it allows you to build on your already existing advantage. Even if your opponent is able to deal with your lord, your opponent still has more work to do to catch up to you.

If you and your opponent are in a tight race, a lord will do a lot to swing that race in your favor. Your lord immediately pumps your creatures, opening up favorable attacks, increasing your damage output, and (often) allowing you to stop your opponent from making some of the attacks he or she was counting on.

If you and your opponent are stuck in a stalemate, a lord will often allow you to go over the top of your opponent. Just be careful not to make any big attacks or blocks that leave you vulnerable to a removal spell! You don't want to lose because you drew one of the best cards in your deck.

If you and your opponent have exhausted each other's resources, a lord is a good card to draw simply because it's a creature (and you get the added benefit of boosting future creatures you might draw).

If you're behind on the board, a lord might help you catch up (as it makes most of your other creatures better), but there's no guarantee that it will have a significant impact on the game.

What can we learn from this brief, and fairly vague, overview?

You want to play your lords when they're going to have an immediate impact on the board and, whenever possible, you want to avoid getting destroyed by an instant-speed removal spell.

This typically means waiting to play your lord until you already have a couple of on-tribe creatures it can pump.

But if your draw is good enough, or bad enough, that you don't mind putting your lord in harm's way early—even if you don't have a way to take advantage of it immediately—then go for it. You shouldn't give up a ton of mana, or life, simply because your lord is a "good card."

So if you're way ahead, way behind, or in a tight race—you should play your lord whenever you have the spare mana available (assuming you don't have any better plays that you could be making). But if the game is dragging on, and you aren't going to get an immediate benefit from playing your lord, then it will often be in your best interest to wait a while to play it.

Your lord isn't going to go bad in your hand. In the meantime, you just might tempt your opponent to waste removal spells on less-effective creatures or to tap low and set the stage for a very profitable attack for you.

Posted in Limited Information on March 20, 2012