Posted in Limited Information on October 10, 2012

Ravnica can be a very exciting place to visit. There are token generators, defenders, scavengers, and multicolored spells overloaded into packs. But unless you have a good sense of direction, it can be easy to get lost when you're playing Return to Ravnica Limited.

Because of the abundance of mana fixers and gold spells in the set, there are possibilities open to you in Return to Ravnica Limited that wouldn't be available in other formats. But in order to take advantage of these opportunities, you're going to need to keep your final deck in mind throughout your drafting (or sealed-deck building) process. 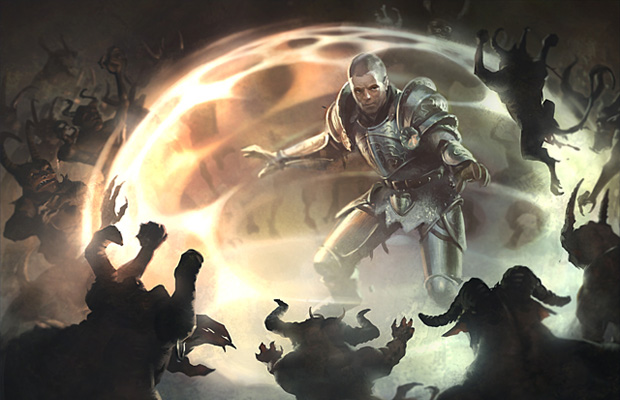 Keep a Close Eye on Your Mana

So while it is prohibitively difficult to build the mana base necessary to support four- or five-color decks in most formats, in Return to Ravnica Limited many things that would otherwise be considered impossible, or at the least inadvisable, are well within your grasp.

With the Gates at common, Transguild Promenade, Axebane Guardian, Gatecreeper Vine, and the Keyrunes, it is possible to get enough mana fixing to reliably cast spells in all five colors.

However, if you don't get many (or any) mana fixers, you're going to want to stick to two colors, or two colors with a light third-color splash.

Because even if you play eighteen lands, the best mana base (sans fixers) you'll be able to put together in your Azorius deck splashing for Explosive Impact will have eight Plains, eight Islands, and two Mountains (plus or minus one or two lands in each of your colors). If you try to add a fourth color to that equation, the results will be fairly disastrous.

But if you're instead playing a base-green deck with a couple of Gates, a Transguild Promenade, and a Gatecreeper Vine, you'll be able to play spells in three, four, or even five colors with relative ease.

Focusing on What Matters

When you're trying to draft a five-color deck, it can be easy to get distracted by a card like Doorkeeper, which can shine alongside the many mana-fixing defenders you would hope to build your deck around.

Don't get distracted by Doorkeeper!

Gatecreeper Vine and Axebane Guardian are essential tools for players looking to play three-or-more-color decks featuring powerful, but expensive, spells. Without these green mana fixers, you're going to need to rely heavily on Keyrunes and whatever Gates you're fortunate enough to get to support your splashes.

Despite the fact that these defenders are great in multicolored decks, Doorkeeper simply isn't the kind of card you should go out of your way to build your deck around. Doorkeeper just needs too much to perform at its best. And even when you have the "right deck for it," Doorkeeper leaves a lot to be desired.

Doorkeeper requires a stable board, a lot of other surviving defenders, and a steady mana investment (over several turns) in order to lock up victories for you.

Yes, it's a decent blocker. Yes, it works nicely with Axebane Guardian. And yes, it can act as a win condition in drawn-out games. But Doorkeeper isn't powerful enough to justify taking it over the cards (mana fixing, removal, bombs, and extremely efficient creatures) that can actually enable the decks that Doorkeeper would be good in.

If you can grab some Doorkeepers without having to waste premium picks on them, then by all means take them. No matter how critical of Doorkeeper I might be, it can stillkeep you alive, and eventually win games for you...

But so can a lot of other cards.

Do You Actually Have Spells Good Enough to Justify Splashing?

Three-or-more-color decks that lack good mana fixing tend to range from relatively reasonable (but prone to mana problems) to positively putrid. However, even if you can pick up enough mana fixing to play a five-color deck, that doesn't mean you want to.

The spells you would be splashing need to be good enough to justify the effort that it takes to support them.

All-purpose removal spells like Arrest, and late game bombs capable of single-handedly winning you games like Cyclonic Rift, tend to be very worthwhile splashes. But if a card is only going to offer you a minor upgrade over an on-color alternative (for example, an off-color Centaur Healer versus an on-color Stonefare Crocodile in your Golgari deck), then it almost certainly isn't going to be worth it for you to bend your mana.

Remember: You Can Always Keep It Simple

It's very tempting to try to play every good spell you see when you're drafting Return to Ravnica. Sometimes you'll end up with a powerhouse of a deck that's able to breeze past the opposition. But there will be times when your efforts seriously backfire. If you're overly ambitious, you prioritize the wrong things at the wrong time, or you're surrounded by too many other players who are also going out of their way to snag mana fixing so they can play five-color decks of their own, your many-colored deck can end up with some critical flaws.

Remember, you don't have to play a lot of colors to win in Return to Ravnica Limited.

In fact, the "easiest" way to draft a good deck in Return to Ravnica Limited is to pick a guild and build a two-color deck with a good curve, a way to survive through (or win during) the early game, and as many all-purpose answers as you can get your hands on to protect yourself from your opponent's best card(s).

Rakdos decks that top off their curve with Explosive Impact and Azorius decks full of fliers and detain creatures seem to be the best aggressive decks. Izzet decks that look to survive early onslaughts with cards like Frostburn Weird and thrive during the mid-late game with removal, counterspells, and evasion creatures are a bit tricky to draft (despite my best efforts, I'm yet to put together a successful Izzet deck), but when they come together they tend be extremely formidable.

While it is certainly possible to draft a good aggressive Selesnya deck (particularly if you get cards like Call of the Conclave and Vitu-Ghazi Guildmage)—the best Selesnya decks I've seen, up until this point, tend to dominate the mid-late game by overwhelming their opponents with token armies (Druid's Deliverance is a lot better than it might appear at first glance).

Yes, even if you try to stick to two colors, there are things that can go wrong. You can run into trouble if you have neighbors trying to draft the same guild you are, or there are five-color drafters near you taking all of the bombs and removal spells you hoped to get for yourself, or you simply don't get the cards you need to fill out your curve. 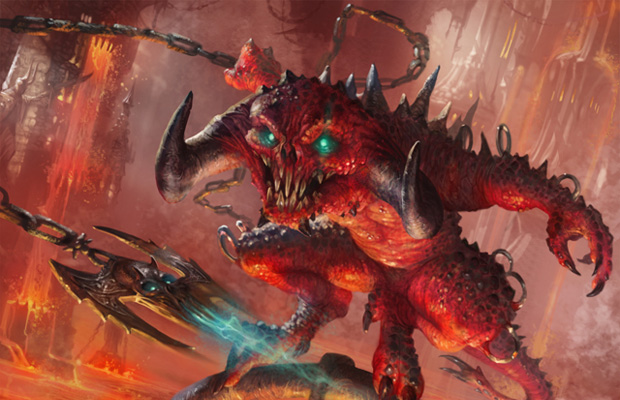 Are You Fast Enough?

Two-color decks that are capable of executing quick kills are (perhaps unsurprisingly) very effective in Return to Ravnica Limited.

In my very first Return to Ravnica draft, four of the six players in the draft played three or more colors. While we were playing out our matches, there were a lot of murmurs from the many-colored players about how worried they were the format would be dominated by high-powered rares.

Amid all those complaints, the players who had drafted aggressive two-color decks quickly put together 2–0 records

In the next draft I played in, the players who drafted aggressive Rakdos decks were once again able to dismantle their opponents who had drafted many-colored decks.

While it's certainly possible to put together a good multicolored draft deck, if you're too slow you're just going to die before you can cast your "superior" spells.

At the end of the day, you need to be fast and/or powerful to win. And if prioritizing mana fixing is going to prevent you from drafting a good curve or snagging enough powerful cards to put yourself over the top against other good decks, you're going to be in a very tough spot when it comes time to play your matches.

Posted in Limited Information on October 10, 2012