Posted in Limited Information on May 8, 2013

t's payoff time. We have waited for this for a long time: all three sets from the Return to Ravnica block, all lined up, all ready to be drafted. It's been a long journey, as we adapted to the two-color guild system when Return to Ravnica first came out, then took our experience into Gatecrash to apply it there. We learned much about how that system functioned, and the benefits and weaknesses of such an approach. 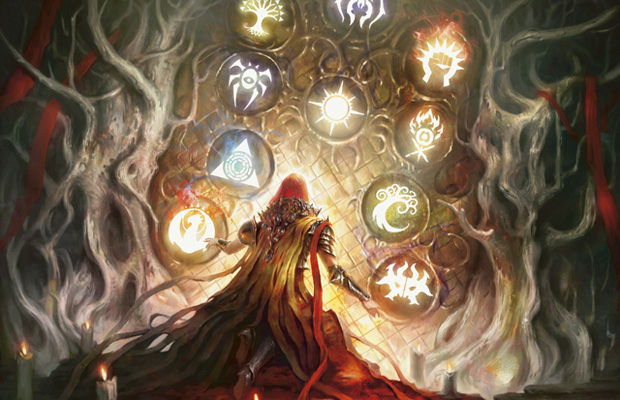 Now that we are in a full ten-guild environment, things can be kind of daunting. When you open that first pack of Dragon's Maze, the world is your tapestry. Everything from traditional two-color guild decks to full five-color madness is possible. Your first few picks can dictate a lot about what direction you go, but an astute Limited scientist like yourself has forethought to use as a tool.

We are going to talk about planning your drafts and navigating future picks in this week's article.

First, though, I want to take a look at how I approach brand-new formats, as it seems to be a bit differently than that of many of my fellow Draft devotees.

Shot in the Dark

I tend to enter new formats with as open a mind as I can. Magic players seem to want to push themselves to make conclusions as early as possible. I have never understood this approach.

Jan van der Vegt
@DasDzy
Alright question about DGM draft, on a scale from Invasion to Zendikar, how fast is this in your limited opinion?
3:56 AM - 30 Apr 2013

This is a totally valid question. Jan wanted to get a feel for how fast this new format is—if the average game ends quickly or if the games tend to go long—before he started his first draft. This information could help him draft the correct type of deck, it could lead to better in-game decisions, and it could help prioritize picks.

Imagine if you played Gatecrash Draft for the first time and opened a Primordial. On the surface, these appear to be bombs: huge creatures with legitimate spells attached to them. But after playing Gatecrash, it becomes apparent that resolving a seven-drop isn't likely to happen too often.

Yet when I read Jan's tweet, this is how I responded:

Jan van der Vegt
@DasDzy
Alright question about DGM draft, on a scale from Invasion to Zendikar, how fast is this in your limited opinion?

While I realize my answer to him wasn't really an answer at all, I felt compelled to ask the question. Any answer he received just has to be based on pure theory or was just made up. The fact is, nobody in the outside world had drafted Dragon's Maze enough to answer that type of question at the time he asked it.

Sure, I am interested in people's theories, and I have some of my own, but I try to keep them in the sandbox until I have gotten my hands on the cards long enough to back it up with at least anecdotal evidence.

There seems to be a rush to be the first to plant your flag on the correct answer for questions like this. Don't fall into that race. Either way, you will be inundated with the opinions of people whose opinions you trust (and people whose opinions you don't) from the beginning of the set to the end. It's up to you to filter that information and apply it with the hands-on information you have gathered yourself.

The prevailing wisdom about Dragon's Maze Limited is that it's much slower than the previous two formats. Looking at the cards, I can see how this is probably true. But such a blanket statement this early certainly doesn't tell the whole story. It's an assumption, a guess.

Are there fast decks available? If the format is slower, does that mean that seven-drops are playable? Even good? Are there ways to punish slow decks in the format? If there are aggressive strategies, how many are there and what do they look like?

Even if people's first assumption is correct, labeling a format "slow" at this early stage hardly tells the whole story.

Remember, one of the most fun things about Limited is figuring it all out, and nobody can do that without cracking some packs first. 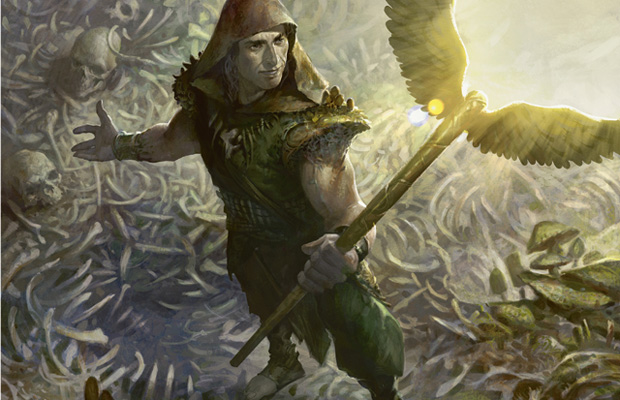 Time to get our hands dirty. You are sitting at your first full-block draft, about to open your Dragon's Maze pack. Before you do, let's think a bit about what direction things may go in and how we can best prepare ourselves for it.

The first indication from the release weekends (and from R&D) is that we are being encouraged to make three-color decks. The mana fixing is there and three-color decks offer enough variety, power, and flexibility to be the best choice. While we realize we can probably get away with five-color (if we want to sacrifice some consistency for power) or even just pick a guild and stick to it (if we don't mind giving up power for consistency), let's assume that three-color decks are the norm.

There are ten three-color combinations in Magic. A nice way to envision these is to take each guild (of which there are ten), and then think of the three colors that aren't in that guild. For example, the not-Izzet deck would black, green, and white (commonly called the "Junk" or "Doran" colors). Each subset of three colors has its own strengths and weaknesses. We won't be getting into those nuances in this article, but we will be looking at our plan of attack based on a three-color deck.

One of the biggest lessons from drafting Return to Ravnica and Gatecrash was the importance of gold cards. Gold cards dictated what direction we went in a draft. Gold cards are why we didn't see off-guild builds in these two sets. In these sets, the gold cards were all on-guild. This means that the set rewarded us for drafting on-guild, by giving us access to the most powerful cards in the set: the gold cards. By that same logic, it also punished us for not drafting on-guild color pairs.

This is still true in a world with Dragon's Maze. But it's going to play out a bit differently than before. 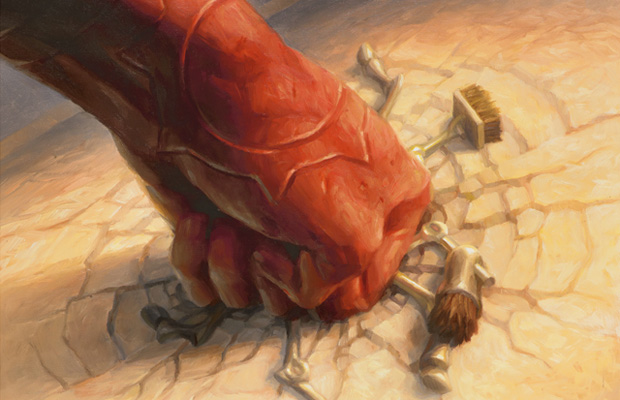 When planning our picks for future packs, there is an important piece of information we need to keep in mind. Namely, one of the last two packs will only have one guild's worth of gold cards available to us. The other pack will have two. I've constructed an example to show you what I mean.

You have just finished drafting your first pack of Dragon's Maze. In your pile, you have (among others) the following cards: 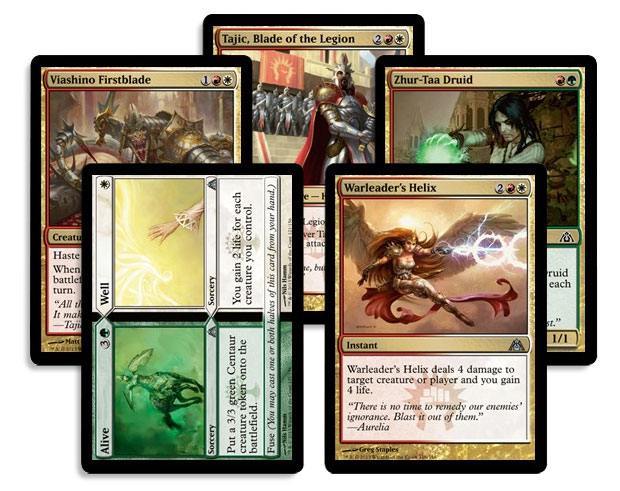 You are looking very Naya at this point (the Shards of Alara name for the not-Dimir three-color grouping). Normally, you would happily go about your business drafting the best red, green, and white cards you found in the next two packs.

But then something happens. In the Return to Ravnica pack, you start to feel like your colors have dried up a bit. You aren't getting as many playables, and you even consider stretching out for a fourth color to compensate. Why is this happening?

If you look at how the sets are laid out, you will discover that this was predictable. Every three-color combination has one set with two guilds' worth of gold cards available and one set with one.

In Naya's case, it gets sweet gold cards from Gruul and Boros in the Gatecrash pack. In the Return to Ravnica pack, however, it only has access to the Selesnya gold cards. Every three-color combination is like this, although sometimes they are switched. This is important: Some of the three-color decks will have only one guild's worth of gold cards in the Gatecrash pack. So if you find yourself in, say, Grixis (the Shards of Alara name for the blue, black, and red shard), your draft may follow this pattern:

You pick up a bunch of awesome cards in Dragon's Maze, then it feels like things have gone awry in the Gatecrash pack. Are your colors being cut? Maybe the packs are just kind of dry? More likely, it's because you only have Dimir to choose from in the way of gold cards. Sure, you will pick up other good, playable cards in the Gatecrash pack, but they won't be on the power level of most gold cards. This is where you just have to stick it out. If you put your head down and make the best of this pack, you will be amply rewarded in the Return to Ravnica pack. There, you will have access to both Izzet and Rakdos, and all the glimmering gold value that comes along with them.

This is important knowledge to have. It means you won't jump ship in the second pack, moving into other colors unduly. It also means you can plan for that last pack if you happen to be in a color combination that gives you two guilds, then one guild, in that order. 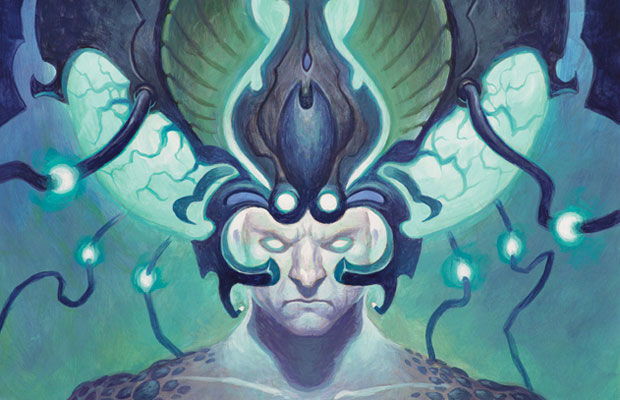 Hopefully, this will help smooth out some of your early drafts. I recommend sticking with three colors in the early part of the format, then branching out later. I also advocate trying out weird or new cards that might be good, but that you may not be quite sure about. This applies especially to rares, as you won't see them as often. By dipping your experiment toe in the vat a little early, you can be better prepared after you get settled into a format later.

This new format looks to be one of the most exciting and interesting formats we have had in a while, and I can't wait to find out just how deep this particular well goes.

Posted in Limited Information on May 8, 2013