Posted in Limited Information on March 10, 2009

Yes, this deck is awesome, but the card pool was extremely strong this draft so it's reasonable for you to assume that the other decks at the table are similarly powerful.

It's your first match and you're playing against a player from across the table, so you have very little clue what might be in his deck. You win the flip, choose to play, and draw your opening hand, which contains:

Do you keep or mulligan this hand?

I mulligan the hand, and here's why. When a hand is missing a piece to become functional, you better be in great shape if you draw that piece. That isn't the case with this hand.

Cancel in our hand. Even if we draw the blue source that we need, we're going to be short a blue source to turn all of our cards online.

Because we don't have many creatures in our hand, even if we do draw a blue source, we're going to have to waste our Agony Warps in unprofitable situations.

This fact shouldn't tip the scales too far on deciding whether or not to mulligan a hand, but it's important to note that when you have to use a lot of your removal early to stay in the game, you become much more susceptible to whatever your opponent tries to do. So, we have a hand that's virtually down a card that we need to get lucky with to even be able to play a game. 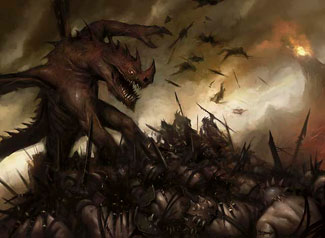 We can't keep this if we're on the play against LSV or on the draw against a guy who was rare-drafting every chance he got.

As risky as this hand is, there just isn't anything to offset the risk. You draw an Island and your reward is that you have a hand that's about equivalent to most 6 card hands. And that's a terrible place to be.

What is a Speculative Hand?

Keep in mind that you don't want to have to get lucky just to be able to play a game.

The only situation in which you want to keep a speculative hand is if you're actually going to be significantly ahead if you draw what you need.

For example, if I'm playing an aggressive white-green deck and my hand consists of:

... then I'm going to seriously consider keeping my hand.

Yes, I only have one land, but I am dangerously close to exploding. If I draw another land within the first two or three turns, then I'm probably going to be in very good shape. If I don't, well, things are going to suck.

I can see plenty of situations where it would make sense to keep this hand. If you're in a situation where you draw a hand like this take that extra moment to think about what you need to have happen, and whether the risk is worth the reward.

Sure, you might get stuck on one land and curse your decision for the rest of the (probably short-lived) game, but if you decide that it's statistically the right play, then you should definitely go for it.

When a Hand Is Partially On

Let's look at our bonus exercise hand, but change the Zombie Outlander into a castable Dregscape Zombie, making our hand:

I still mulligan the hand. This has a lot to do with the Cancel problem causing us to functionally have a six card hand, but it still boils down to the fact that even if we draw a blue source, we aren't necessarily ahead.

But if we make one more minor tweak to the hand, swapping Cancel for Fatestitcher ...

... now we've got a hand that's really worth talking about.

We have some seriously high-quality blue cards and a two-drop that can help us from falling too far behind even if we don't draw one of our nine blue sources for a couple of turns.

I'd ultimately mulligan this hand on the play and on the draw, but it would be really close. The thing is, this deck is good enough that I can expect to draw a better six-card hand. However, with a lot of decks this type of hand would be a very reasonable keep.

When you have a mulligan decision that is very close, you really have to think about the contents of your deck in order to figure out the right course of action. The difference between nine sources and ten is much bigger than you might think.

Sometimes 2 Is Less Than 1

1 Cylian Elf 1 Druid of the Anima

And you draw an opening hand that consists of:

This deck has a lot of big, powerful cards, but it also has some pretty significant curve issues (so many expensive spells!). I've heard people use this as a defense for why they should keep hands like the one in question, saying things like "I have a bad curve, so I kept because that's just how my deck is." However, that logic just doesn't hold. If your deck has curve issues, that means you're pretty unlikely to draw out of this situation in a favorable way.

This hand is a clear mulligan no matter how you look at it. Even if you draw a bunch of lands to cast your spells, you still probably won't be in good shape because you aren't playing a spell until turn four (unless you draw one of your five red sources / landcyclers). 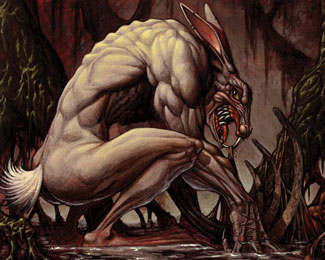 Interestingly enough, in this case our two lands, which are in both of our primary colors, are noticeably further away from fulfilling our mana requirements than the one-land hand that we drew with the aggressive white-green deck. Weird, right?

There are times where I'd keep hands like this, just not in decks like the one that we drew it from. If the rest of the deck were loaded with two-drops, then this would be an easy keep as pretty much all of your draws would be relevant. As it is, we have a slow draw, with a slow deck, and we need to get lucky to even make our plays. This is definitely not a hand worth keeping.

Not With This Deck

With a lot of decks I'd keep that hand. It's not amazing, but it has a lot of good defense that will allow me to get deep into the game—unless my opponent is playing a deck with a lot of evasion or really big creatures, that is.

But if my deck is very aggressive, then I just can't keep this hand. I'll keep this hand if I expect my future draws to be as good or better than my opponent's.

If my deck is focused on using cheap, aggressive, creatures to get out ahead of my opponent, then my draws probably aren't going to be up to the same level as my opponent's. If I'm drawing Cylian Elves while my opponent is drawing Jungle Weavers, then I'm probably going to lose.

If my deck is particularly focused on large creatures, such as a "5 power matters" Naya strategy, then I would keep this hand because I could feel confident that things would get better for me as the game progresses.

When You Have to Keep a Weak Set of Spells

Generally if your hand has a weak set of spells, then you have to mulligan. But that can all change if you have a deck with really bad mana.

A deck that is plagued with mana problems probably isn't going to mulligan very well.

So, if you're playing a blue-black red deck with a 6 Mountain, 6 Swamp, 5 Island mana base, and you draw an opening hand of ...

The fact that you already have so many of the pieces that your deck needs to operate means that you are going to have a much better value on your draws than you normally would.

So, while this hand isn't very good on its own, it will be able to progress through the game fairly well, and it has some early creatures to help buy us enough time to start doing interesting—

—yes, I'm justifying a bit, but a six-card hand for a deck with bad mana is generally going to be pretty bad.

You're playing the same deck from the bonus exercise last week. You lost a close Game 1 to your opponent's Jund deck when, after the board was stabilized, he made a bunch of tokens with Necrogenesis that pummeled you and sent you reaching for your sideboard to bring in Relic of Progenitus.

Your opponent opened the game on a Forest, you started with Swamp, Relic of Progenitus, your opponent then played a Mountain and passed the turn. You know that your opponent has 2 Jungle Weaver and a Ridge Rannet in his deck (that can help power up his Necrogenesis). You draw for your turn and your hand consists of:

What do you do on your turn?

Posted in Limited Information on March 10, 2009