Over and Under (Estimating, That Is)

Posted in Limited Information on December 9, 2008

n last week's bonus exercise we had just sat down for a Tuesday Night Draft at the local shop. There were some good players in the draft, but there were also some very inexperienced players who we know will need at least a few more drafts before they start drafting powerhouse decks.

You open up your first pack and it contains:

What do we take?

First we have to ask, what don't we take?

Unplayable: Soul's Grace and Cathartic Adept just aren't cards that you want to shuffle up in your Shards Limited deck. If you're short on cards, and you are thinking about playing one of these cards, do yourself a favor—add another land. You won't be missing your milling Zombie Wizard or your life-gaining instant anytime soon.

Glaze Fiend can be really good if you have an artifact-heavy Esper deck; otherwise it can be worse than Cathartic Adept.

Thorn-Thrash Viashino is usually pretty good, but it's only really good if you have a token- or Elvish Visionary–heavy deck.

Shore Snapper is always going to be fine, but if your opponent doesn't have any Islands then you're probably going to be a little bit disappointed that you had to play with an extremely Grey Ogre in your deck.

Bant Battlemage is a decent card, and I'm usually happy to include it in a Bant deck with a heavy exalted theme, but it just isn't that special. Yes it can make a creature difficult to block, but that's about all that this 3 mana 2/2 has to offer. While playable, Bant Battlemage just isn't worth spending an early pick on.

Even if these cards were at their best, they wouldn't be worth taking too early (well, except for Glaze Fiend, but you usually won't know how good it is 'til pack 3).

Good: Skeletal Kathari, Call to Heel, Steward of Valeron, and Gather Specimens are all good cards that I'm happy to have in my deck.

Call to Heel is a good trick, but it can't hold up to the power of an actual removal spell like Bant Charm or Executioner's Capsule.

Skeletal Kathari is a reasonable creature, but it just isn't special enough to spend a first pick on.

Great: Vithian Stinger, Blood Cultist, Bant Charm, and Executioner's Capsule are all very good cards that I'm happy to first pick. None of them are spectacular bombs, but they are all very good.

So since they're pretty similar in value, we'll just take one and call it a day. 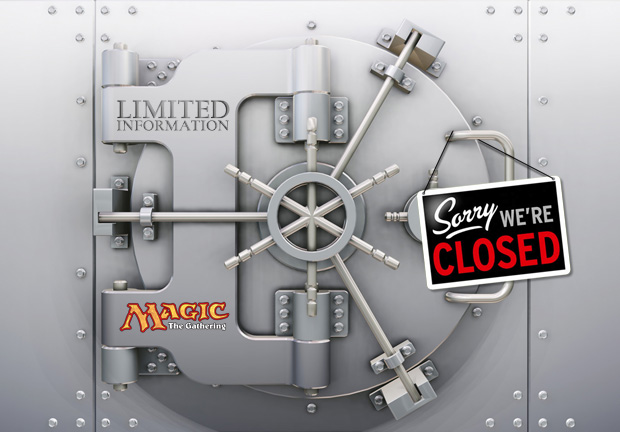 Even though these cards are pretty close in value, this pick will have a huge effect on our draft.

So now we have a red card, a black card, and a blue-white-green card. I can understand the temptation to take the Bant Charm and let the people to your left deal with all of those red and black cards, but it isn't quite worth it.

Bant Charm is around the same power level as Vithian Stinger and Executioner's Capsule in decks that can play them. The difference is, it's really easy to find one color of mana to play your pinger or your creature-killing artifact, but it's not trivial to draft a deck that can support the three colors of mana that you need for Bant Charm.

You can draft tons of different decks that will want Vithian Stinger or Executioner's capsule, but there are only a couple of different decks that will want Bant Charm. The risk that Bant Charm will end up in your sideboard is greater than the negative effect that you get by taking a red or black card and passing the Blood Cultist that shares a color with it. Even if you do end up drafting a Bant Deck after passing the charm, you might be able to splash your first pick.

So we're down to Vithian Stinger versus Executioner's Capsule.

These cards are fairly close in value, but I've found that Vithian Stinger is noticeably better on its own. However, Executioner's Capsule can become amazing if you've drafted an Esper deck with Sanctum Gargoyle(s).

There was a time not too long ago when I would sign up for a draft on Magic Online and knowing that Esper cards were noticeably undervalued. I would take the Executioner's Capsule and then watch the Sanctum Gargoyles roll in.

But it's not that easy anymore. People have caught up on how good Esper is and are starting to draft Esper cards at a more appropriate level.

Since you're at a local draft, you might know that it's still easy to draft a nutty Esper deck with these players. In which case, take the Executioner's Capsule and don't look back!

But under most circumstances you aren't going to be able to reliably draft a great Esper deck. Because of this, I'd take the naturally superior Vithian Stinger over the potentially superior Executioner's Capsule.

One more quick note: contrary to popular belief, Vithian Stinger actually tends to be a better splash then Executioner's Capsule. One of the things that Executioner's Capsule normally has going for it over Vithian Stinger is that you play cast it and use it all in the same turn. If you're splashing it, you're going to have to wait a full extra turn, and use your splashed black mana again (which could be a huge hindrance if on your game if you draw one of your other splash cards) to actually kill a creature with the capsule. 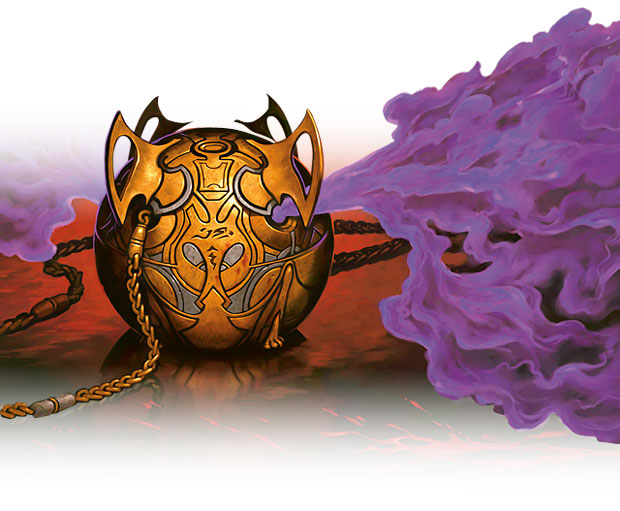 I've noticed a lot of people talking about what signals they were sending based on their first pack. While I'm really glad to see that people are paying attention to signaling, you want to be careful not to overestimate the importance of a single pack.

The first few picks of a draft are extremely important; they set the stage for what's going to happen during the final forty-some-odd picks of the draft. But it's not about any one pack.

The second through fifth picks are usually the most important "signal" picks of a draft. However, you want to try to avoid taking any one of these packs as too big of a signal. Some packs are just deep or light in a color(s) and can severely misrepresent the intentions of the person passing to you.

You are (almost) always going to be passing some strong cards when you take your first pick. Those cards are going to be drafted by your leftward neighbors. This is going to happen and there's nothing you can do to change this. But if you back up your first-pick Vithian Stinger with a series of red cards, then you will probably be able to minimize the red in your leftward neighbors' decks.

Note that there are exceptional situations where a single pack will send completely draft-defining signals. For example, the pack we got passed last week, which had Cruel Ultimatum, Tower Gargoyle and Crumbling Necropolis. It would be hard to imagine a situation where the person to our right would take a blue-black card out of that pack.

So keep your eyes peeled for signals. You're rarely going to learn something definite from any one pack, but rather you collect a little bit of information each time which you ultimately piece together to get your image of how you think the draft is going.

"Maybe I should go black." 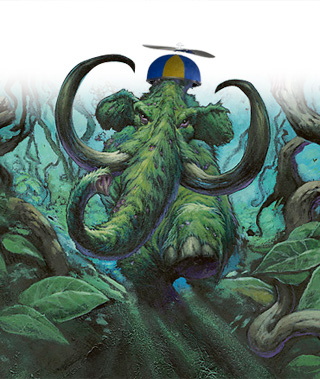 I noticed players in the forums talking about how they would prefer a certain card in the pack because it's better against "kiddies" or "noobs" who tend to play "lots of giant monsters" or "lots of 1- toughness creatures" or ....

When you're drafting, nothing is more important than quality. Stereotyping someone or several people as "noobs who like 5/5s" just means that you're going to put yourself into a position where you're going to lose to your inexperienced opponent when they decide to draft a sweet beatdown deck. In fact, if you used a "noobs like 5/5s" approach, you would be no better than the hypothetical "noobs" you were insulting—taking cards for completely arbitrary reasons.

However, there is room for a certain amount of metagaming when you are drafting, like taking Naturalizes slightly earlier than you would normally if you know that the best player in your draft is likely to draft Esper. Or taking Excommunicates higher than you normally would if you know that someone really likes drafting devour decks.

So, if you want to draft cards based on the quality of the players at this table, then you should be drafting cards with the best player(s) in mind. The players who consistently draft solid decks and have solid play to back it up are the ones that you are going to want the most help beating.

Hindering Light is a really tough card to evaluate if you haven't played the format much. Interestingly enough, it's not that tough to rate if you already have considerable experience with Shards Limited.

If my deck is white-blue with a small splash, I'll usually start a single Hindering Light. Otherwise I'll leave it in my sideboard for when I'm playing against a deck that I know has a lot of good stuff to counter.

The problem with playing Hindering Light in a deck that is short on blue or white sources is that you might not even have the mana available to play it when it would be good. Especially if your white splash is to play Tower Gargoyle, and Tower Gargoyle is the card you most want to protect ... 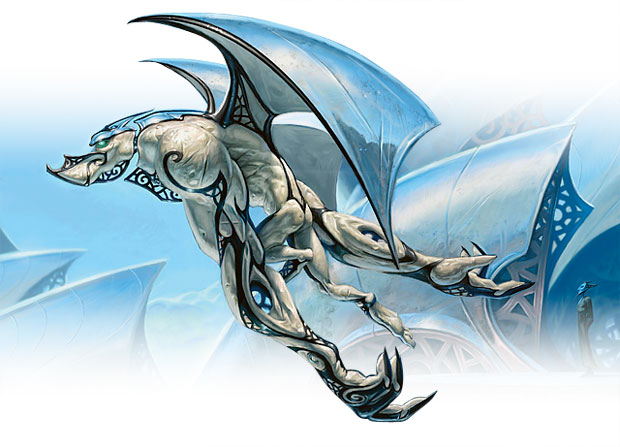 I'll take a Hindering Light if there's nothing else of note in the pack, and I might take it a bit higher if I'm solid blue-white.

You're playing in a 32-person single-elimination Grand Prix Trial. In order to walk away with the byes you need to go 5-0—suffer a single loss and your tournament is over. You open the following Sealed pool:

How do you build this pool so you have the best chance of going 5-0 and walking away with three greatly coveted byes?

Posted in Limited Information on December 9, 2008