Peering Into the Dark

he Dark Ascension Prerelease is this weekend, and I'm eagerly counting down the days until I get my chance to pull ahead early with Gather the Townsfolk, mug incoming creatures with Nephalia Seakite, and fill my graveyard with flashback spells thanks to Thought Scour.

Just Sunday night, at midnight (EST), the entire set was previewed—so if you haven't already seen it, be sure to head on over to the Dark Ascension Card Image Gallery to see every single card in Dark Ascension.

Don't worry, I'll wait for you to finish going through it.

Done looking at the set? Great! I've got a little bit more supplemental reading for you: Tim Willoughby's Dark Ascension Prerelease Primer, an article which should get you up to speed with everything you need to know about the new mechanics in Dark Ascension, a refresher on the basics of how to build a sealed deck, and information about how you might become a zombie this weekend. 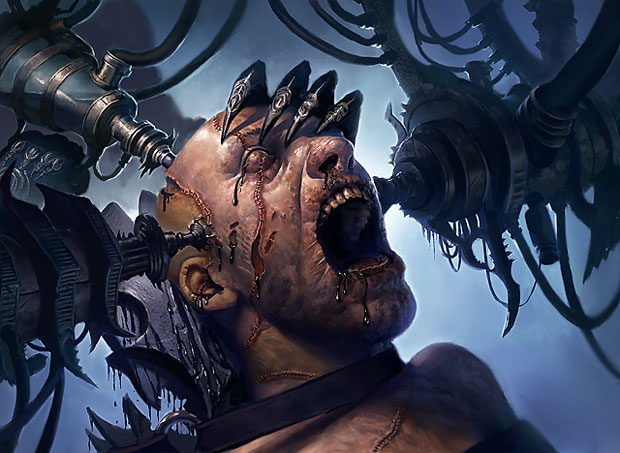 Is this weekend's Dark Ascension Prerelease going to be your first time playing Sealed Deck? Haven't played Sealed Deck in a couple of years, and you're worried about shaking off the rust? Well don't worry, because I've got a two-article crash course to get you caught up to speed. First off, you should read Jeff Cunningham's guide to building your first Sealed Deck, then once you've got a good grasp on the fundamentals, you should check out this (early) article of mine for help understanding how to evaluate your colors.

Here are some additional thoughts to consider.

Even if you have enough cards to build a mono-colored deck, that doesn't mean you want to. Your overall card quality increases considerably when you dip into a second color, and it doesn't cause your mana to get significantly worse than it would be if you played just a single color.

While you typically get humongous benefits from adding a second color, your overall card quality usually won't improve much if you were to choose to play an even mix of three colors—even if you find an off-color bomb (like a Falkenrath Aristocrat for you blue-black deck) or removal spells worth splashing off of 2–3 of the appropriate mana sources. And in exchange for that marginal increase in card quality, you'll have to put up with a lot of trouble from your mana.

Make sure your deck has a way to win!

One surprisingly common mistake players (even top pros) make when building sealed decks is to build a deck that doesn't actually have a good plan for how to win games.

If you have a good mana curve full of (potentially) aggressive creatures, a bomb or two, and some good removal spells, your deck has plenty of good routes to victory. But if you put together your deck and realize you have a bunch of good controlling creatures, some bounce spells, a little bit of card drawing, but no way to break through once you stabilize, you're going to need to go back to the drawing board. 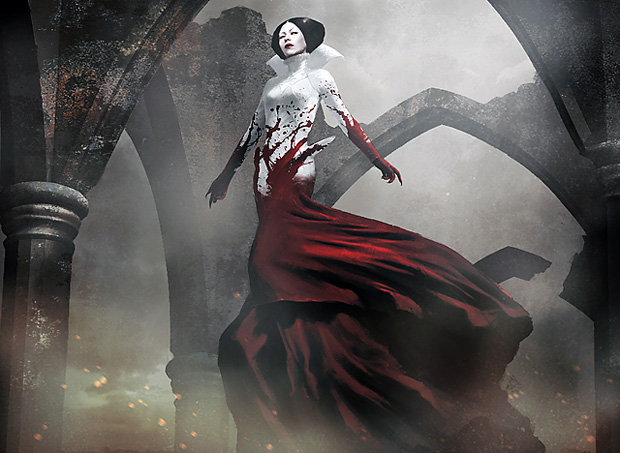 Now, your victory condition doesn't have to be fantastic in order for you to win (particularly if the rest of the pieces in your deck are good) but it does need to be there. So even if you have enough cards to put together a White-Blue Control deck without a splash, if you don't have any good bombs or enough evasion creatures to reliably win, it makes a lot of sense for you to splash. For example, splash green for a Gravetiller Wurm (which you will then use to trample over your helpless foes).

Check to see if there are any natural synergies you can take advantage of.

There are a lot of cards in Dark Ascension and Innistrad that work well together. You should, of course, keep an eye out for gamebreaking two-card combos like Invisible Stalker and Butcher's Cleaver, but you should also look for ways to build your decks in the most synergistic ways possible. Just like in Constructed and Draft, the cumulative impact of having a bunch of cards that work well together can be far more significant than playing the disjointed best cards in your pool.

If you can play a bunch of good aggressive creatures with undying, and supplement them with high-quality morbid cards and cheap (but conditional) removal spells like Deadly Allure and Prey Upon, you're going to be able to put a world of hurt even on opponents who happen to have better individual cards than you. Why? Because you are allowing your cards to perform to their fullest potential. 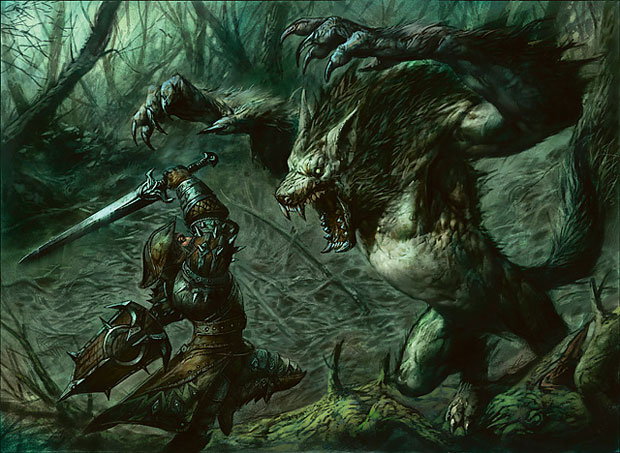 While this is a bit less likely in Sealed than it is in Draft or Constructed, you might find you have a bunch of good flashback spells and other graveyard-reliant cards like Headless Skaab and Relentless Skaabs. In this case, you're going to want to fill your deck with as many self-milling cards as you can reasonably find. So while you might not want to play just any 2/1 for two in your sealed deck, if it's a Screeching Skaab that's giving you a very real chance to play your Headless Skaab on Turn 3 you'd be remiss not to play your self-milling zombie.

What are they doing?

Innistrad, and now Dark Ascension, have some cards in them that encourage some very strange plays. 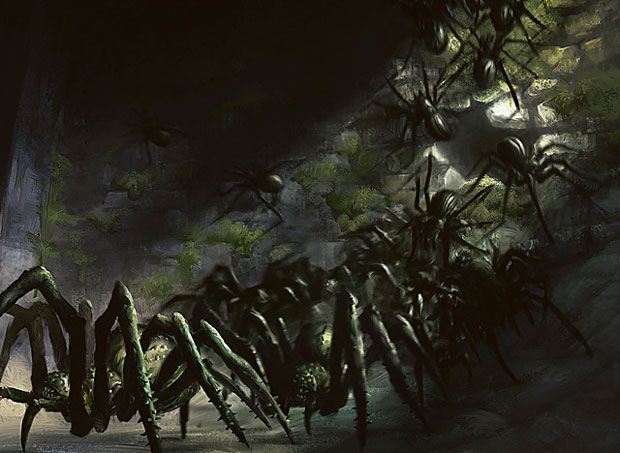 With respect to the (would be) dead...

Given the prevalence of morbid cards in the format, trades are less attractive than they would be normally. If your opponent gives you the option for (what appears to be) a somewhat advantageous trade, he or she probably isn't offering you a gift—rather, your opponent is probably attempting to set you up for a backbreaking Morkrut Banshee or a gigantic Gravetiller Wurm.

Will you be able to go game after game after game without killing any of your opponent's creatures, and thus turning on morbid? Of course not! But that doesn't mean that you want to walk into anything either.

If your opponent is playing black-green and you have the choice between trading your 3/2 for an incoming 2/3 or letting the creature through, you'll often be better off taking the 2 on the chin than letting your opponent plop down even something as simple as a plus-sized Ulvenwald Bear.

The abundance of graveyard-reliant cards in the format means that even if you only have a single flashback card in your deck, you are still going to want to mill yourself with cards like Selhoff Occultist and Thought Scour, so as to not turn on your opponent's cards. 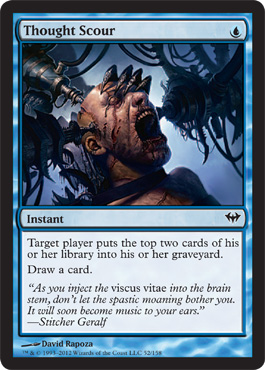 Be wary of that fateful hour!

When you're rushing to kill your opponents before they draw their bombs or the removal spells needed to take out your evasion creatures, you normally want to sneak in every point of damage you possibly can. Fateful hour makes this plan a bit more complicated when you are playing against white decks... 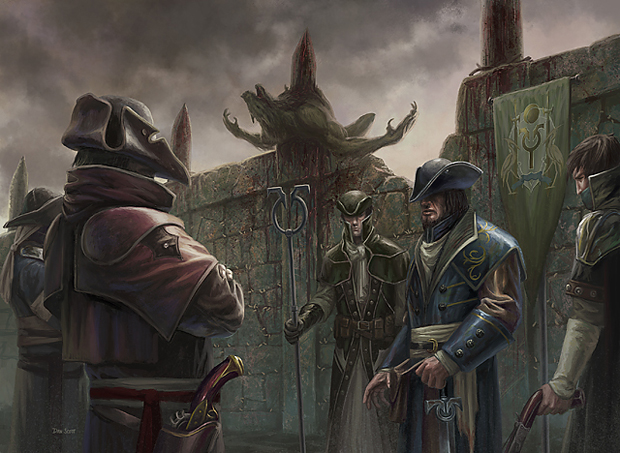 The fateful hour mechanic allows players to catch up very rapidly once they fall to 5 or less life. Even if an opponent "only" has a Gather the Townsfolk, that player can still generate five tokens, which should be enough to swing most close games to their favor. 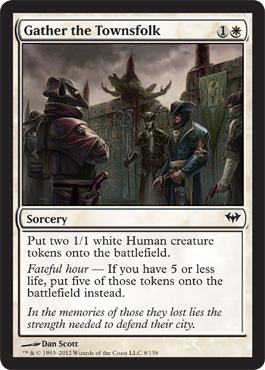 So if you can map out a big attack that leaves your opponent at 4 life or a different, slightly less aggressive play that keeps your opponent at 6, then (assuming you can afford to do so) it's often correct to play a bit more conservatively and wait until you can knock your opponent from 6 to 0 in one fell swoop. That prevents your opponent from getting a chance to get maximum value out of cards that would otherwise be pretty marginal.

(Note that white has the best fateful hour cards in the format, and while green has a couple of cards with fateful hour on them, you shouldn't be all that worried about them.)

Make sure you have a game plan. 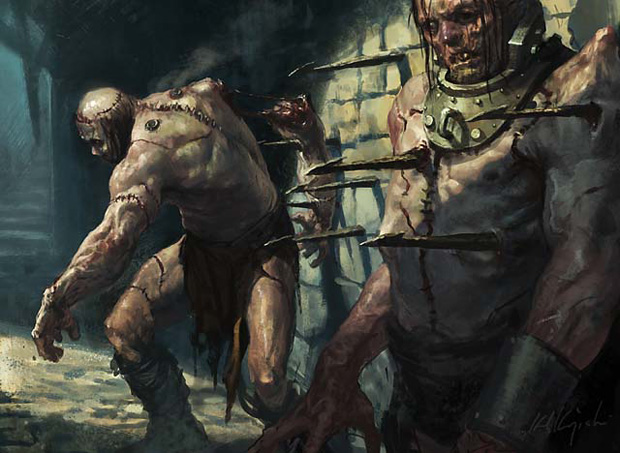 And if your plan is to stall the game out until you can deck your opponent with Increasing Confusion, you should be more concerned with protecting your own life total than you should be with sneaking in a few points of damage here and there.

No matter what your route to victory is, or even if you have to change it midway through a game, make sure you know what your plan is at all times, and do your best to progress the game toward a point where your ideal situations actually come to fruition.