One of the biggest advantages that top-level tournament players have over their opponents is that they don't have to spend a ton of time considering each and every decision. They've already played through and thought about common game-play situations enough times to intuitively understand the implications of their plays.

The fact that top-level players don't need to agonize over questions such as "Whose turn should I use my tapper on?" allows them to instead spend their time looking for unique, game-specific opportunities as they arise.

It's my hope that after reading this article, you will be able to spend a little bit more of your mental energy figuring out what combat tricks your opponents might have in their hands, and a little bit less time trying to figure when (and on what) to use your tappers.

vacynian Priest is the latest in a long line of "tappers," a term that has been pretty much universally applied to creatures that can tap other creatures. (Some bits of Magic slang can be difficult to decipher the meaning of when you first hear them, but fortunately the term "tapper" has a fairly clear origin.) 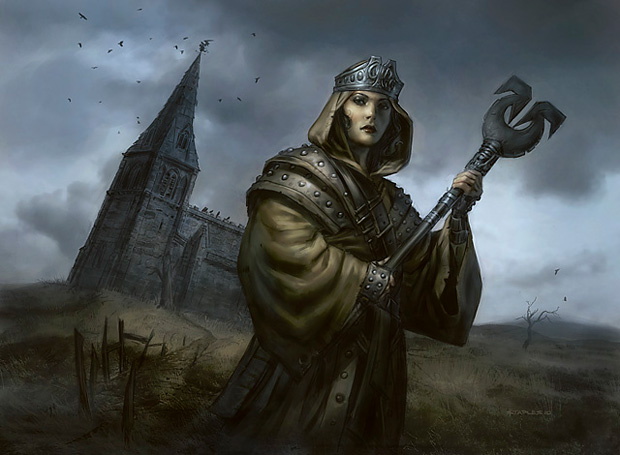