ot every draft goes exactly according to plan, but there are still plenty of things you can do to improve your chances of winning when the packs haven't been particularly kind to you. In order to take advantage of these odd opportunities, you're going to have to be willing to throw a lot of your preconceived notions about which cards are good—and which cards are bad—completely out the window.

"Bad cards" will frequently end up playing a key role in my decks—particularly when things have gone awry.

Some cards, like Battle Hymn, are simply not fit for play in Limited. Sure, Battle Hymn might do some crazy things in the right Commander deck, but I'd be hard pressed to imagine any situation where it would be worth including in a Draft or a Sealed Deck.

However, most other cards in Avacyn Restored have some good applications. I've decked people with Dreadwaters, stolen key creatures with Unhallowed Pact, and even gone off with Primal Surge a couple of times.

The important thing for you to do is to figure out which chronically underappreciated cards can actually do good things for your deck and which ones are going to be of little (or no) value for you.

Raging Poltergeist is expensive and incredibly fragile, making it a poor fit for most decks. But if you combine Raging Poltergeist with a Hanweir Lancer, a Wingcrafter, or an Angelic Armaments, then it can make short work of your opponents.

Raging Poltergeist can also act as a good sideboard card against green decks with big creatures. If you simply need a way to block Nettle Swines and Pathbreaker Wurms, you could do a lot worse than adding a couple of 6/1s to your deck.

And even if you're just pairing it with a Nearheath Pilgrim, that can be enough to swing some otherwise close races firmly in your favor.

You aren't going to win very frequently if you're just playing a bunch of below average cards that don't work very well together. But you can win a surprisingly large number of games by finding synergies between fragile or conditional cards.

When I set out to draft mono-black decks, I usually try to draft a controlling deck that's full of removal. But if that doesn't happen, and I can tell I'm going to need to draft an aggressive mono-black deck centered around cards like Soulcage Fiend, then Predator's Gambit shoots up in value for me. It gives me a way to steal wins and close out games that might otherwise be just out of reach.

If I'm drafting a white-blue control deck full of Angelic Walls and Defangs, and I'm not seeing the Angels that I would typically want to win my games with, I will jump at opportunities to pick up Stern Mentor and Galvanic Alchemist with the intent that they will be my secondary (or in some cases primary) victory condition.

And if I know Stern Mentor is going to be one of my primary routes to victory, and my opponent is playing either red or black, I will often wait to play my Stern Mentor until I can protect it from opposing removal spells with a Cloudshift, a Peel from Reality, or an Elgaud Shieldmate.

Defang is an easy card to dismiss, especially if you've been playing for a long time. And while Defang might not compare very well when put side by side with an all-star like Pacifism, it can still be a very valuable role player in the right deck.

Now it's true that Defang doesn't stop your opponent's creature from blocking—so in hyper aggressive decks that are desperate for ways to punch through damage, it won't be a very good fit. But if you're hoping to slow the game down, or neutralize otherwise devastating threats, Defang might be just the card you need.

I'm not a huge fan of Tormentor's Trident. It requires a sizable mana investment, and it has very limited applications on defense... But if you slap it on a Wandering Wolf, then it won't take very long for you to knock your opponent down to 0.

If I have a great green deck full of Trusted Forcemages and Druid's Familiars I usually won't bother with Tormentor's Trident. But if I don't get any of the standout green cards, and I know I'm going to need to find a way to break through for wins with cards like Wandering Wolf and Howlgeist, then I'll jump at the opportunity to get a Tormentor's Trident or two for my deck. 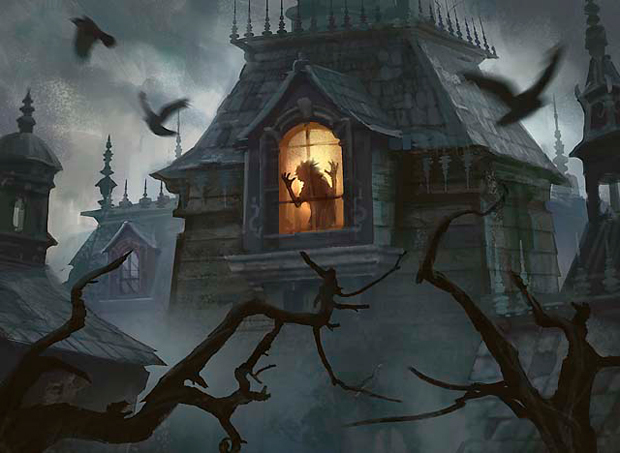 It's no secret that Thatcher Revolt is amazing in the right decks.

But if your deck doesn't have any good synergies with it, then Thatcher Revolt becomes one of the absolute worst cards in the set. At best, you'll be paying three mana to punch through 3 points of damage, and often times you'll have a card that does literally nothing for you.

So when you're drafting and building your deck, it's important for you to remain aware of how many copies of Riot Ringleader, Kruin Striker, and Vigilante Justice you have available. If it's Pack 3 and you don't have any cards to complement it, then you should be ready to take any of the other cards in the pack.

I've heard Homicidal Seclusion described as the best non-rare card in Avacyn Restored by numerous Pro Tour Champions... but that doesn't mean you should blindly include it in every one of your decks.

If you're playing a blue-black deck with eleven creatures and a bunch of removal spells, Homicidal Seclusion is going to be absolutely bonkers for you.

If you have creatures with powerful enter-the-battlefield abilities, such as Mist Raven, then Conjurer's Closet can do some wonderful things for you. But if you don't have any enter-the-battlefield abilities, then the best thing you can hope to do with your Conjurer's Closet will be to shake off a Defang, a Spectral Prison, or an Unhallowed Pact from one of your creatures.

If you can't envision a way your deck is going to win short of your opponents running into crippling mana problems, running out of spells on turn four, or otherwise having their decks fail on them, you're going to need to figure out your backup plan. 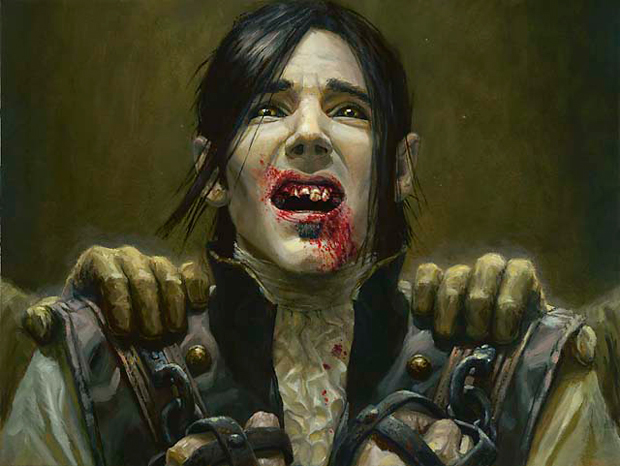 That might mean going a bit out of your way to punch through damage with a card like Raging Poltergeist. Or doing everything you can to stall the game until you can win with your Archangel. Or leaping through a few hoops to pump your Wandering Wolf up to an absurd size.

Or it might be as simple as picking up a couple of copies of Renegade Demon because you simply need a big creature for your black control deck.

No matter what your route to victory is, you better make sure you have one. Because at the end of the day, playing with "bad cards" is still a lot better than losing.