Posted in Limited Information on May 2, 2012 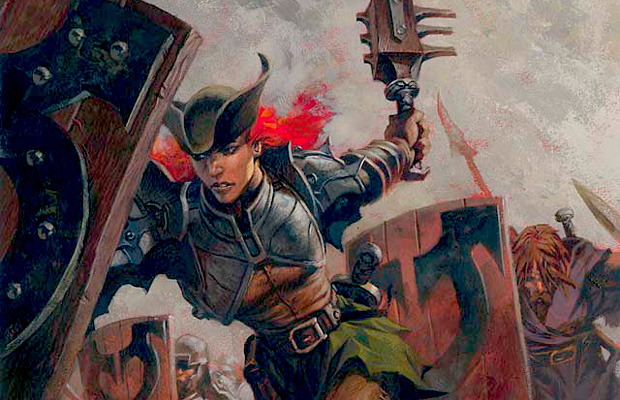 My biggest miscalculation (that I've discovered so far) came when I was guessing the speed of the format. I expected the Avacyn Restored Sealed format to be relatively slow and bomb dependent—but over the course of the Prerelease (and in the days since) I discovered that decks tend to be a lot faster than I had anticipated they would be.

Green, red, and white all have quite a few good two-drops; blue is loaded with evasion creatures and cards that allow you to capitalize on an early advantage (like Into the Void). But more importantly, there aren't that many spells that cost three to five that really punish players for filling up their decks with cheap, aggressive creatures.

So if you fall behind early in Avacyn Restored Sealed, it's very likely you will be dead before you are able to take over the game with your relatively powerful but expensive spells.

Make sure you have a plan for the early game... or else!

If you're playing in an Avacyn Restored release event this weekend, don't expect to be able to kick back and wait until your bombs can take over the game for you. There are going to be a lot of decks out there capable of killing you quickly, so make sure you can hold off that initial onslaught—or kill them first!

I'll have more to share about the speed of the format once I've gotten a few dozen more games under my belt, but until then, let's take a look at the Sealed Pool I opened this past weekend.


When I began going through my pool, my blue—highlighted by three copies of Scrapskin Drake, an Into the Void, a Peel from Reality, and an Amass the Components—immediately stuck out at me. But I still needed to find a second color to go with it.

I really wanted to play with my two copies of Lightning Prowess, but I just didn't have enough good cards to build a blue-red deck.

While Barter in Blood plus three copies of Undead Executioner were quite appealing, the rest of my black was pretty underwhelming—so I was able to set it aside as well.

That left me to choose between my white and my green.

Both of these colors had a lot of high-quality cards, but if I played the white I would have had a huge hole in my early game. Because while I knew my three Scrapskin Drakes were going to be very strong offensively, if I were playing against an aggressive deck (that didn't have many cheap fliers), they would end up being irrelevant on defense.

And even when I was working under the assumption that this was going to be a fairly slow Sealed format, I wasn't willing to play a deck that would often be incapable of playing a blocker before turn four.

After definitively deciding against playing blue-white, I briefly toyed with a green-white deck (which didn't look half bad), before ultimately settling on the following blue-green deck.


While my deck was definitely powerful, it was a lot less interactive than I would have liked it to be. If I developed a lead, it was generally easy for me to seal the deal. But in the games where I fell behind early, I just had no way to catch up. 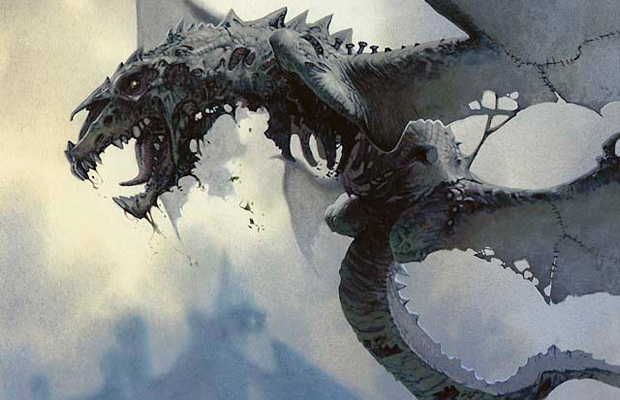 Scrapskin Drake is a resilient, efficient, offensive creature. But if you're on the draw against an aggressive red deck that just opened on a Kruin Striker, you're going to wish you had a creature that could actually block.

My three Scrapskin Drakes made up a huge part of my early game and, consequently, I lost a couple of games where my opponents got off to aggressive (but fragile) starts. If I had the ability to sideboard out some of my Scrapskin Drakes on the draw, I definitely would have done that in at least two of my matches—but without any other relevant cheap creatures in my pool, I had to shuffle them up every game.

So if you have any Scrapskin Drakes in your next deck and you're worried about getting overran early, don't be afraid to sideboard them out for a blocker.

I'm still not sure how I feel about Fettergeist. There were games where I drew Fettergeist and it was absolutely amazing. But every time the board got cluttered, I wished that it were any other card in my deck.

If you're off to an aggressive start, you will generally want to wait until you've played out the bulk of your spells before casting Fettergeist (lest they rot away in your hand as you pay a bunch of mana to keep Fettergeist alive every turn). If you've fallen behind early, then Fettergeist can do a lot to give you an immediate presence—but the upkeep cost can make it difficult for you to continue your recovery (particularly if your opponent is content to let the board get a bit cluttered). 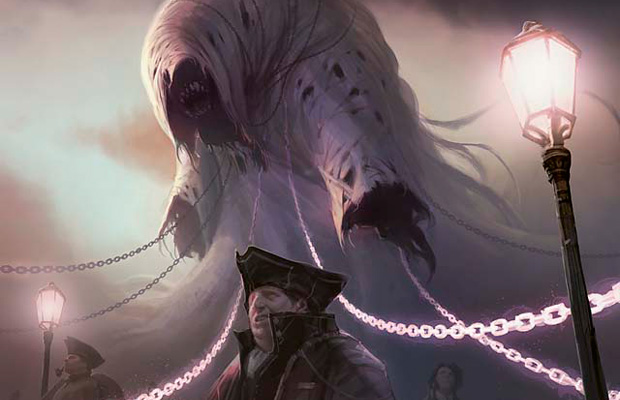 But any time you and your opponent have been slogging away at each other in a long-winded battle of attrition, Fettergeist is going to be a steal of a deal.

At least for the time being, I'm going to put Fettergeist into all of my sealed decks, and I'm going to look for any opportunity that I can to draft it.

While Fettergeist might have some very real limitations in Sealed, if I can draft a creature-light deck around it (or a hyper-aggressive deck), then it will consistently be an all-star.

As I was building my deck, I was pretty confident Druid's Familiar was going to be one of my best cards. But it managed to outshine even my lofty expectations, as I don't think I even came close to losing a game where I cast it on turn four. 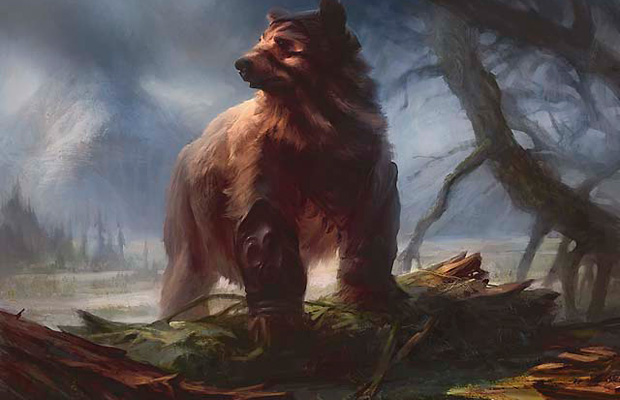 It simply isn't every day that you get to spend four mana to add 6 power to your side of the board.

I think all of the soulbond creatures in the set are going to end up being noticeably better than I expected them to be. The fact there are relatively few removal or bounce spells in this set significantly lowers the odds you will get blown out by your opponent killing one of your soulbond creatures during the middle of combat.

Heck, even Flowering Lumberknot, which I had thought was unplayable last week, could turn out to be a key card in soulbond decks everywhere over the next few months.

Even though there isn't that much removal in Avacyn Restored, you still shouldn't expect every creature you play to live forever. Everyone you play against should have the ability to deal with a finite number of your creatures.

So while you might not need to worry about your opponents slicing through your army like butter, you still shouldn't expect any single one of your creatures to stick around indefinitely.

What did you play at the Prerelease?

Do you still have the deck you played last weekend? Then post your decklist to the forums, and let me know what cards really stood out for you.

I'm going to do my first Avacyn Restored drafts this weekend, and I would love to get some suggestions for cards I should be looking out for!

Posted in Limited Information on May 2, 2012