f you are like me, you played a lot of Sealed over the last few weekends. Gatecrash has fully arrived, and we are all scrambling for cards, packs, and glory.

Sealed is an important format to master. Sealed Deck victories often dictate who attends the next Pro Tour. The format for Limited Grands Prix Day One is Sealed Deck. As much as I love to draft, I get a lot of enjoyment out of Sealed as well.

I want to take an introductory look at how I view Sealed Deck Limited. We will dive deeper into these concepts in future columns, but for today, I'll keep it broad. 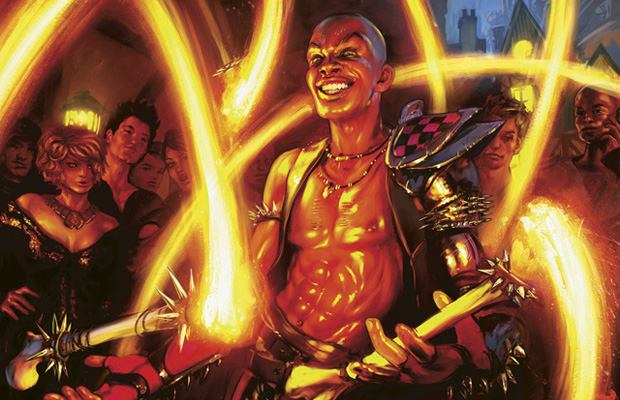 Many people seem to think that Sealed Deck is a luck-based, non-skill-intensive format. I hear people say things like, "Open a bunch of bombs, win the PTQ," or "Whoever gets this pool is guaranteed to Day Two this Grand Prix."

Frankly, this drives me nuts.

I don't know where the notion started that Sealed Deck success is just based on your pool, but it's false. If we are going to improve, we have to start by abolishing the idea that Sealed is purely luck-based. It is too often used as an excuse to focus on things which do not matter. 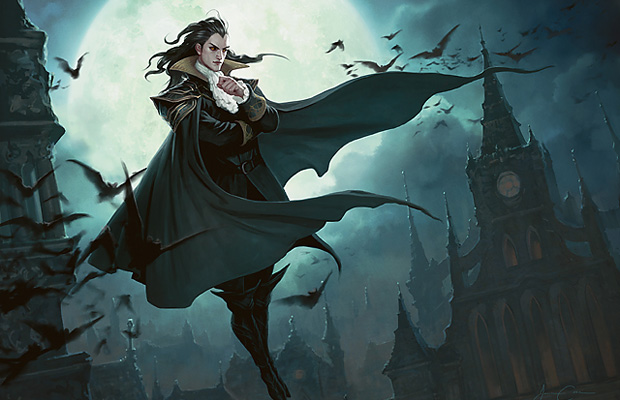 I remember Grand Prix San Diego 2011. I opened what I thought was an insane pool, with Bloodline Keeper and Olivia Voldaren, along with some great removal spells. This was my second GP and I was hopeful of making Day Two with this excellent pool. I missed the cut by one match, finishing at 6–3 on the day. I got somewhat unlucky in two of my matches, but I made a mistake in another and lost as a result.

Later that day, I checked this very site for updates on who did well in Day One. I noticed Owen Turtenwald was undefeated (again) and took a look at the deck he went undefeated with.

Here is Owen's 9–0 Day One deck from San Diego:

1 Moan of the Unhallowed


Calling the pool bad would be excessive—it was an okay pool. But it wasn't bomb-laden and he had to run some pretty mediocre stuff to keep the color count to two.

Going 9–0 with this deck speaks not only to Owen's skill at Sealed Deck, but also hammers home the point that there is, in fact, skill in it. This is certainly not the deck that people dream about the night before a big Grand Prix.

We have established that to be successful at Sealed one must be skilled. While this is true, there is, in fact, an appreciable amount of luck in Sealed Deck. This cannot be denied, and it shouldn't be. The key is that we not make it our focus. Great Sealed players can succeed with even a mediocre pool. 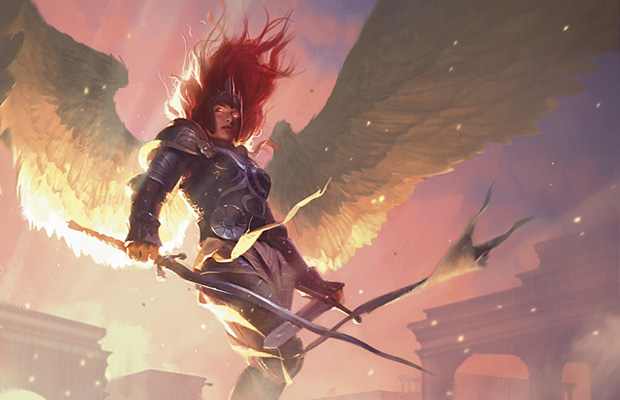 People open bombs. Bombs are the big splashy rares and mythic rares that end games. They are in the set for a reason, and with six booster packs per pool, bombs are going to show up. Most people also put a very high premium on playing their bombs.

This is often incorrect.

Bombs are fantastic, and they can help you win games, but I have seen people do some convoluted things to try to fit bombs into their decks. Heck, I've done it myself.

Wild splashes for a single card are usually a net loss. If your bomb has a double-color mana cost, and that color isn't one of yours, it's almost always incorrect to include it in the deck. 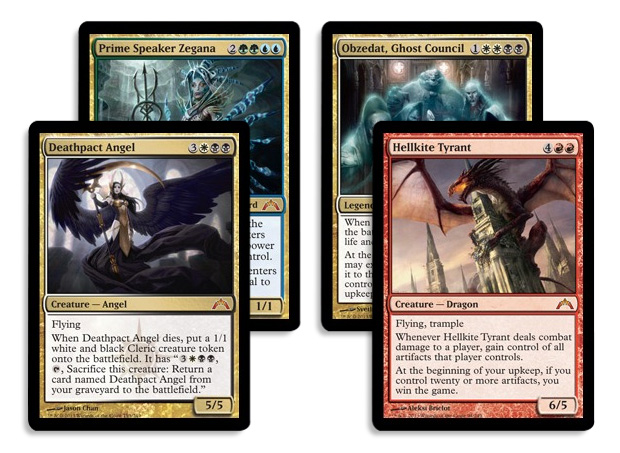 
If we know that most everyone is playing the bombs they open—even if it's incorrect—we need to have a plan to beat these cards. The simplest way is to just have solid removal in your colors. This is, of course, out of our control, so sometimes we have to get creative. 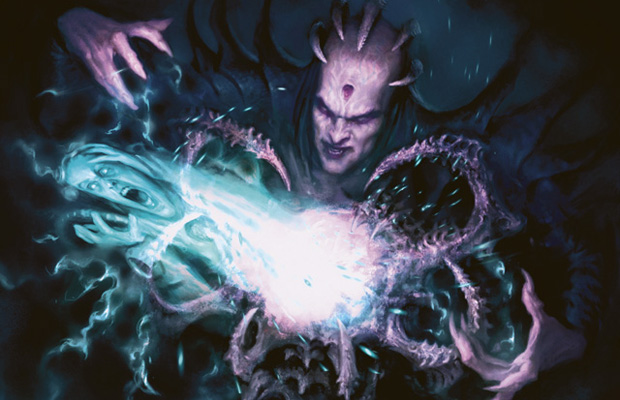 Playing counterspells and hand-destruction spells is the most common way to find an answer to opposing bombs in the absence of playable removal. Even though these are often not good enough to include in our decks, we have to make the adjustment in Sealed Deck if we have no other options. During the course of a tournament, we will see bomb creatures and we simply have to have a strategy to combat this.

While a generalization, it's generally true that Sealed Decks are slower than their Draft counterparts. In Draft, we can craft a deck to the speed and consistency that we want, within reason.

In Sealed, however, we often have fewer tools from which to build our strategy. We are forced to include cards we wouldn't normally play, just to make it to enough playables while staying within our color constraints.

While I do agree that Sealed is generally slower than Draft by about a turn or so, I think this is format-dependent. There are aggressive builds available in many formats, and our deck needs to accommodate this. Assuming that the format is slow is a great way to get beaten down in the first five turns of a game. 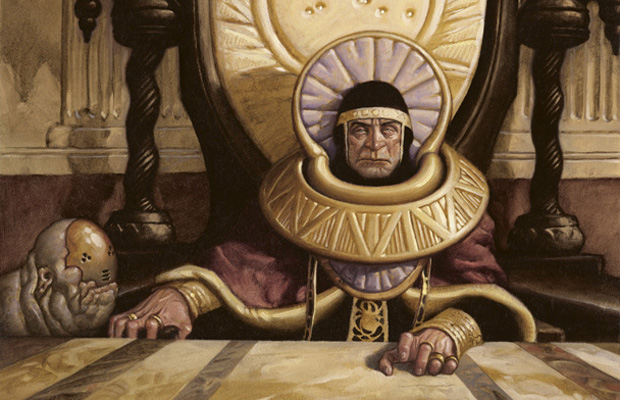 I used to work in the corporate world. I'm glad I left, but I took some valuable lessons with me. When it comes to managing projects, the people in charge would explain it like this:

You can get this project done, but you only get to pick two of the following things:

They called this the "Iron Triangle." These are the walls of a triangle that houses "Quality." What they were saying was that if you cut one of the walls a bit short, the others would need to be expanded to make up for the shortcoming. 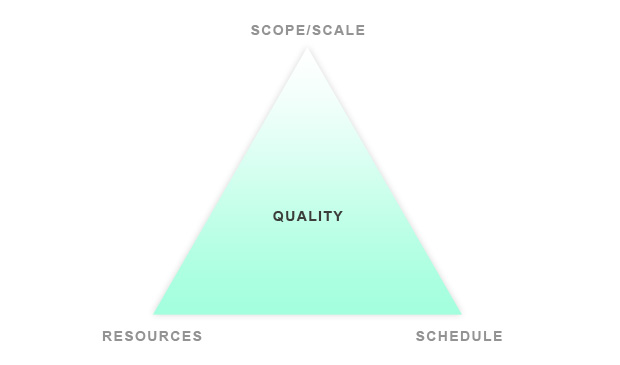 Want to do this project for the cheapest amount possible? Sure, but it's going to take forever and you won't get much done.

Want to get a ton of stuff done in one project? No problem! But it will cost you a lot of budget and a lot of time.

You want this project done in record time? That costs extra, and we will need to minimize how much we actually do.

You can see why I left.

But there is a valuable lesson here for Sealed Deck–building. We face similar constraints when we stare down our eighty-four-card pool.

Ours is more of a two-sided affair, though. 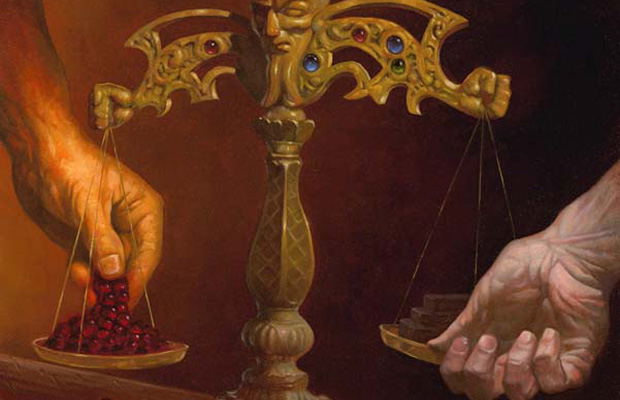 On one extreme end, we could simply take the twenty-three most powerful spells in our pool, add lands of varying color, and hope we get there every game.

The other end of this spectrum is taking all the cards of one color (and colorless too), adding seventeen of the same basic land to the deck, and letting it fly.

The key is finding the correct balance. I have found that most formats support solid two-color decks, often with the ability to have a reasonable splash color as well. This is the sweet spot on the power vs. consistency continuum. You want to have enough power in your deck to finish games, but you don't want to overreach with it such that it becomes impossible to resolve your spells.

I have learned a lot from doing the podcast and from doing coverage at Pro Tours and Grands Prix. One thing that has stuck with me is that everyone has a different opinion when it comes to Magic. Whether it's the latest banned and restricted announcement, a new card fresh off the presses, which deck to play for a given tournament, or how to build a Sealed pool, everyone has his or her own ideas about this great game.

This is very important to remember when you are learning about Sealed, as you will hear many differing opinions. My approach—and the approach I recommend to you—is to listen to them. Ask players who you think are better than you, and listen.

Then, take the information you were given and assimilate it into your own personal experience. You can easily throw out the pieces of knowledge you know to be untrue. But pondering the new information and adding it to your repertoire is what will take you to the next level.

The best players always have their own views on things like this. And the very best know that listening to others openly is a great way to enhance their stance on a particular topic.

Oh, and anyone who tells you he has it all figured out?

Yeah, don't listen to that guy.