Posted in Limited Information on September 26, 2012

he original Ravnica was one of my favorite Limited formats of all time, so whenever Ravnica/Guildpact/Dissension drafts are available on Magic Online I end up losing a lot of sleep...

Fortunately for me, and countless other guild-loving drafters (go Izzet!), the Return to Ravnica Prerelease is this weekend. And while I might not be able to go crazy with any of my old favorites—like Gelectrode—this weekend, I'm excited to find new cards (like Pyroconvergence) with which to dominate my opponents.

Win or lose, Prereleases are a lot of fun, as well as great opportunities to learn about the new set (and Limited in general)... but that doesn't mean you need to go in unprepared!

In fact, there's one thing you need to do today (or maybe tomorrow morning if you're reading this article late at night) if you're planning on playing in a Return to Ravnica Prerelease event this weekend. And that's to preregister for the Prerelease tournament you want to play in.

To ensure you can play in a Prerelease event this weekend, you need to call the store you want to play at and reserve your spot. If you don't call ahead to sign up, you might find yourself in the unfortunate situation of being unable to play Return to Ravnica Limited until the set officially goes on sale next week.

Not Your Normal Prerelease!

Once you've signed up for the Return to Ravnica Prerelease, you're going to want to take a close look at the Return to Ravnica Card Image Gallery. This page contains images of every single card in Return to Ravnica. No, you don't need to memorize every card in the set to be able to compete this weekend, but even a passing familiarity with the set will give you a big leg up against all of your opponents.

Studying the complete set list will also allow you to make a more informed decision when selecting your guild. Now, normally, you would wait until after you opened the six booster packs for your sealed deck to choose your colors—but this time around you've got some extra incentive to pick your colors before you play. 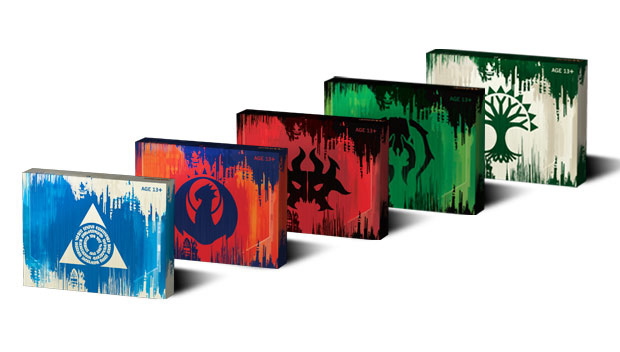 Oh, and another thing: At the Return to Ravnica Prerelease, you're allowed to play your Prerelease promo card in your sealed deck!

If you want to learn more about what to expect this weekend (and to get more information about the guilds themselves), you should definitely read Tim Willoughby's Return to Ravnica Prerelease Primer.

Personally, I'm going to play Izzet. I'm happy to play blue-red in Limited even when there isn't a (obviously) good reason to do it (because I love the color combination so much). So if I'm going to get a guaranteed Hypersonic Dragon for my deck simply by choosing Izzet, the decision is kind of a no-brainer for me. 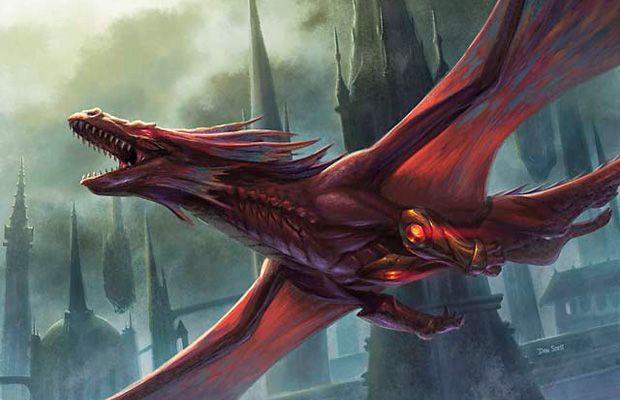 So you've taken a close look at the set, picked your guild, and signed up for the Prerelease. Great.

But if this is one of your first few times playing Sealed Deck (or you've been away from the game for a while) then there are a few more things you should keep in mind when you sit down to play this weekend.

While Constructed decks need to contain a minimum of sixty cards to be tournament legal, you're only required to play forty cards in your Sealed Deck and Booster Draft decks.

Sure, it might be tempting to add more cards to your deck (particularly at a Prerelease when you're still trying to figure out which cards you like or dislike), but do yourself a favor and stick to exactly forty cards. You're allowed to make as many changes to your deck as you want when you're sideboarding or between games—and even between matches (note that Prereleases are the only tournaments where you're allowed to change your deck from match to match)—so you can use those opportunities to try new cards in your deck.

If you try to play with all of the cards you think might be good, you're going to be a lot less likely to draw the cards you already know are good (or the lands you need to cast them, for that matter).

If you want to cast your spells in a timely manner, you should play seventeen or eighteen lands in your deck.

While you might be able to get away with a lower total percentage of lands in your deck when you're playing Constructed—(some of the best decks in Standard right now only play twenty-one or twenty-two lands) you're able to do that (and win) because Standard decks have much better mana, more card drawing and/or mana acceleration, and a lower overall curve than do Sealed Decks.

So while you can get stuck on two lands for a couple of turns with your Delver deck and still be in great shape (since the bulk of your spells cost one or two mana), if you run into those kinds of land problems in a Sealed Deck game, it's unlikely you're going to survive (since the majority of your spells will end up costing three or more mana).

In most formats, I would recommend you play two colors, or two colors with a light third-color splash. But because there are so many good multicolored cards in Return to Ravnica, it's going to be worth considering solidly three-color decks any time you have the mana-fixing to support them.

While a six-Mountain, six-Forest, five-Swamp mana base is going to lead to a lot of mana problems, if you have a Golgari Guildgate, Rakdos Guildgate, and Gatecreeper Vine, you should be in a very good position to play a solidly three-color deck.

As a general rule of thumb, you want seven or more mana sources for each of your main colors and two to five ways to get your splash color of mana.

Minotaur Aggressor is an okay card. If you don't have many other good options at the top of your curve, it's a fine finisher. But if you already have three other six- or seven-mana spells in your deck, you should just leave that Minotaur Aggressor in your sideboard in favor of cards you can actually cast.

Around fifteen to eighteen (or more) of your spells should cost four mana or less. And every card you include in your deck that costs five or more mana better pull its weight.

But just as it's important not to play too many expensive spells for fear that you'll die before you can cast them, you don't want to force a bunch of cheap, but ultimately irrelevant, spells into your deck just because they're cheap.

Trained Caracal, for example, just isn't worth playing 98% of the time—even if you're in white and you need cheap creatures. If your opponent has a bunch of Brushstriders that you need to block, then sure, you might want to reach for those one-mana 1/1s sitting in your sideboard—but if every creature in your opponent's deck has 2+ toughness, your 1/1s just aren't going to be worth a card.

Make sure your deck has a plan!

So you've built a forty-card deck with good mana and a good curve. Great! Now you just need to make sure your deck has a way to win.

While it doesn't really matter what your plan is (you could swarm your opponents with cheap creatures and finish them off with burn, control the game and win with an Archon of the Triumvirate, stall your opponents just long enough to kill them with fliers, or just play gigantic creatures turn after turn and stomp your foes with them), you need to be able to envision a way that you will win your games.

If you don't have a plan, you're going to be in a lot of trouble... and you aren't going to learn very much from your wins—or your losses.

Posted in Limited Information on September 26, 2012