Posted in Limited Information on June 4, 2014

remember my first foray back into Magic quite vividly. I had been playing older, more serious card games for years since I left Magic and found it a fun and challenging break from the grind I had grown accustomed to. It didn't take long for my brain to start reworking problems that I had never even addressed back in the day.

You see, I used to be quite bad at Magic. I'm pretty good now. I've beaten Pro Tour Hall of Famers and champions alike in side drafts. I've truly figured out many Limited formats and felt so comfortable in them that I knew just when to bend the commonly accepted "rules" of pick orders—and even when to break them. I still have a long way to go to get to where I want to be, but looking back at the path I have taken, I've come a long way. 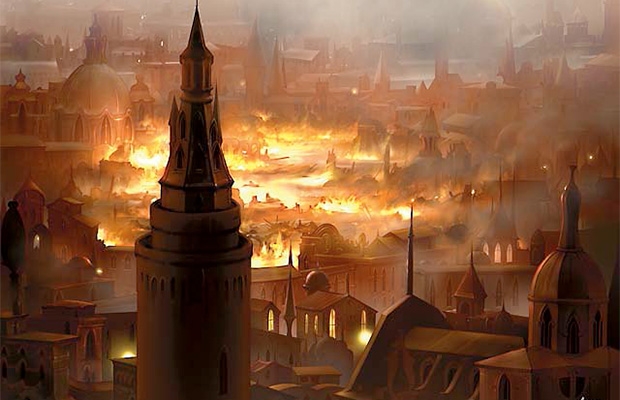 I've still never played on the Pro Tour. I like to blame this on the fact that I do coverage at many events and being gone many days of the year means missing most PTQs. I wish I had more time to play, but ever since quitting my corporate job almost two years ago, I've been scrapping to make a career in the big bad world. And the career I chose is talking, writing, recording, and commentating this lovely game that we all share in common.

Still, it really burns me that I haven't gotten to play high-level events in a while, and that it likely won't change for the foreseeable future. This path I am on now is better for me, though. I get to support myself, be a real adult, but do it covering something I find so incredibly fascinating and cool.

When I first learned to play again, I was ready to leave the old casual Magic me behind. Yes, the Snake Basket/Ashnod's Altar/Liege of the Hollows deck would have to be relegated to a dusty deck box somewhere in the closet. My gamer brain had developed too much to consider any other option but being a Nuts & Bolts Spike.

Of course, I had no clue what that was at the time.

Thankfully, Ryan Spain taught me what it was, and taught me a lot more than that during my early Magic development. Ryan's overall philosophy for me was to draft decks that attacked early and often.

This made a lot of sense, as the correct cards needed are fairly easy to identify in the draft portion. Additionally, it would keep me out of super-complex control mirror matches. Those would have to wait for later.

The Power of Their Draw Step

Of all the things taught to me during that time, one rang the most clearly: Deny your opponent draw steps when possible.

These aggressive decks I was drafting usually got out to a quick start, and I quickly realized that the best way to lose with them was to let your opponent hang around for a long time. The later the game went, the worse my draws got (I was playing a lot of two- and three-drops) and the better my opponents' draws got (they were playing more four- and five-drops than me). This made perfect sense, and I set out to deny my opponent draw steps at every opportunity. 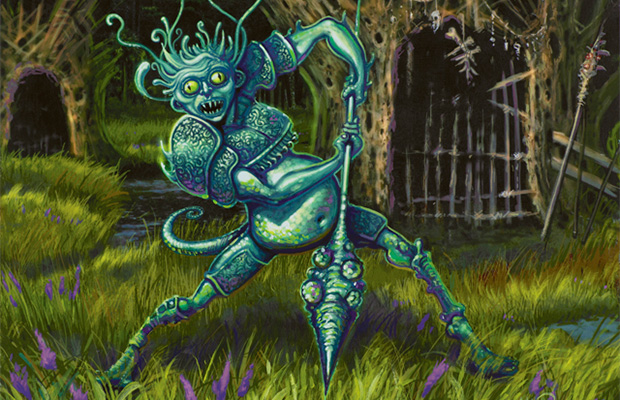 I may have been a bit overzealous with this.

I was actually just kind of reckless, if I'm honest. I had my credo and I was going to follow it to the bitter end. And most of my ends were bitter during this time. Much of that can be blamed on simple things like rules knowledge and reading the board correctly. But as I improved in those areas, I realized that I needed to reassess my stance on the top of my opponent's deck.

I eventually understood that I had come to—perhaps irrationally—fear the card my opponent may draw. I still think this approach is correct as a baseline, but I needed to do some serious adjusting if I was going to be a successful Limited player.

Snap Back to Reality

My first step to a more balanced place was surprisingly simple. I somehow had neglected a simple fact: I also get a draw step every turn.

Assuming that I was drafting solid decks with no dead spells, every draw step my opponent took had roughly the same effect on the game as the one I did. Somehow this fact eluded me for a really long time.

While I still preferred my decks to be assertive, I started drafting the typical midrange-style decks you usually see in Limited. And I was drafting some pretty good ones, too. I needed to have more faith in the cards in my deck and worry less about the ones on top of my opponent's deck.

If things weren't going to spiral out of control simply by me letting my opponent draw some cards, I could stop it with the hasty, risky, and sometimes ill-fated attack steps.

Sometimes I threw away creatures just to get some damage in. Not lethal damage, mind you. Just some damage. I'm sure I won a few games I shouldn't have with this style, but when I zoom out a bit, I'm positive I was giving up more than I was gaining with it. After my realization, I was able to see the game under a whole new lens. What if I went hard in the other direction? What if both of us drew all of the cards in our deck? Now I was thinking about inevitability and how to slow a game to such a crawl that such things mattered. What if every card in my deck was put there with the express purpose of enabling further draw steps?

It's exciting to think about, even now.

I had leveled up. It has to be the best feeling for a developing gamer to experience.

The real best part is when you sit down across from someone to battle, and that person is still in the stage you were in previously. You can see what your opponent is doing, and why the person is doing it, but you know why it's wrong and your opponent doesn't. Some people never make it past a certain point. I always wonder, when I play against really good players on my various coverage gigs, if they are looking at me and thinking similar things.

One lingering fact of this tale is that I still get to keep the knowledge and experience I gained from my old days. If I am in a game and I need to cut my opponent off of as many draw steps as possible, I know how to do that.

I can be selectively reckless.

And that is a great gear to have at your disposal. I see people under the lights of the feature match area make the opposite mistake I used to all the time. They are in situations where they simply must press their advantage and take on some extra risk in order to win, but they stubbornly sit back and hope the top of their deck is kind to them.

The most common scenario is when you have assembled a nice little army and it has beaten down the opponent to a medium life total. Your opponent has one big blocker; it's bigger than your creatures. He or she has one card in hand, and you have none. If you can kill your opponent in two attacks—even while losing your biggest threat on the first attack—it is probably time to go into aggro mode and bash face. Why? Because the cards you can draw are not likely to help you get rid of the big blocker, and almost any spell your opponent draws will help him or her stabilize further. If your opponent draws any creature or removal spell, he or she is in much better shape and your window of opportunity will quickly close. This is the time to deny your opponent any additional draw steps that you can.

Let's go another level deeper and figure out how to actually make these kinds of decisions.

The real key is to carefully consider what the mix of spells looks like both in your library and your opponent's library. You won't have perfect information on your opponent's library, but if you have played a format enough, you'll have a good idea of what he or she is trying to accomplish. You will have close to perfect information on your own library (it's okay to forget a few cards here and there; you are human, after all).

If you determine that the spells left in your deck give you a good chance to pull ahead in the game, your tendency should lean toward less risky plays. If you decide that it's not getting any better from here, well it's time to ratchet up the attacks and the risk.

Compare this to what kind of spells your opponent is likely to draw. Is your opponent playing some red-white aggressive deck where his or her library is all 2/2s and pump spells? What about a slow deck with a lot of card draw, removal, and bombs? Your decision to get reckless or not will vary a lot depending on what your read is on the situation.

And trust your read. We are always working with incomplete information in Magic. It's okay to make a reasonably informed decision and be wrong. Make your decision with the information you have, and live with the result. Even if it goes awry, that doesn't mean your decision was wrong. Stick to your guns, and over the long term it will pay off.

That's how I feel about leveling up. What has been your biggest level-up moment?

Posted in Limited Information on June 4, 2014