The Start of a Race

Posted in Limited Information on December 28, 2010

The decisions that you make on your first three to four turns can have a tremendous impact on the way that the rest of your game will play out. If you decide to race when you should instead be playing a more controlling game, then you can easily give up 6, 8, or even 10 points of damage to a meager army of small threats before you realize that you should be on the defensive.

he why is often far more important than the what. Answering what you would do in a certain situation doesn't necessarily explain much about your underlying thought process. Two people can come to the exact same conclusion about what to do when presented with a certain set of circumstances, but their reasons for making their decisions could be completely different.

This is why I'm far more concerned with why you would make a play than what that play might be.

Last week's bonus exercise begins after you won Game 1 of your Sealed match with a six-card hand against what appeared to be an aggressive red-white deck that couldn't quite get anything going. The only spells that you saw out of your opponent's deck before winning on the back of an unmolested Vampire Nighthawk were one each of Goblin Shortcutter, Kor Aeronaut, Highland Berserker, Apex Hawks, Veteran's Reflexes, and Join the Ranks.

You sideboarded into the following version:

Your opponent chose to play first, and on your opponent's third turn your hand consists of:

Your board consists of:

Your opponent's board consists of: 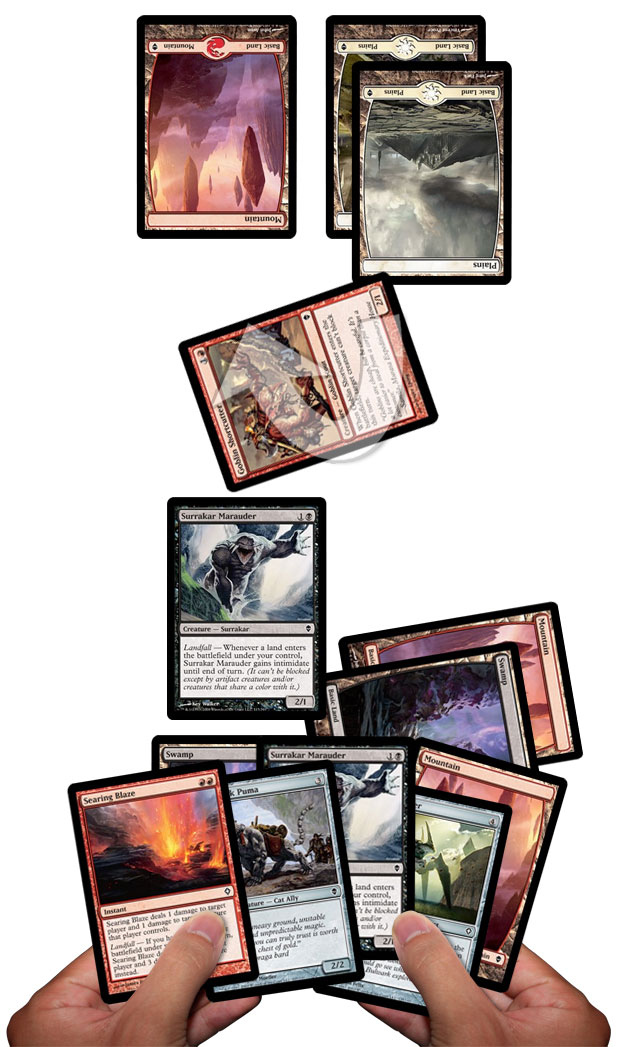 Do you block? Why?

Before I get to my answer, I want to clear up some misconceptions.

Is Your Opponent Making an Aggressive Attack? 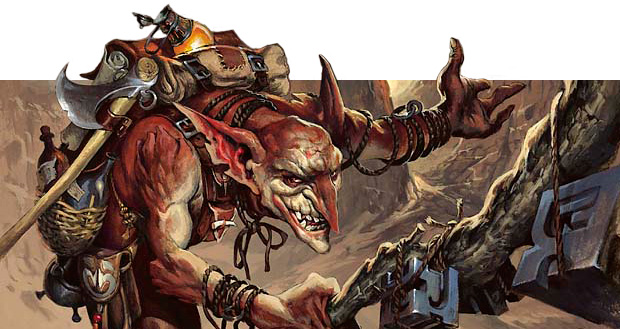 Do you care if your opponent casts Slaughter Cry here? 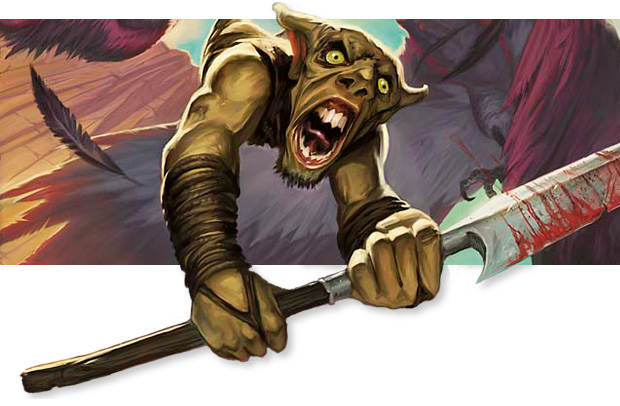 Actually, yes you do. But you don't actually care enough for it to alter your play.

In many scenarios you are happy if your opponent uses their combat trick on an early turn. It's generally not that big of a deal to trade your two- or three-drop for a good trick; in fact, you are often happy with that exchange. It will prevent your opponent from being able to make a game-changing play several turns later.

What Your Hand Tells You

I do not block here.

Before I get into why I wouldn't block, I need to mention that if my hand and my deck were slightly different, I could very well see myself blocking. The simple fact that Surrakar Marauder is a better creature than Goblin Shortcutter isn't a good enough reason to not block. Not by a long shot. And the fact that you are still at 20 life isn't a good enough justification either. 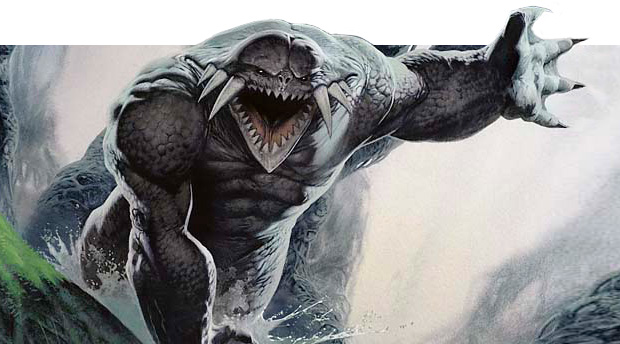 If you have a slow hand in a deck with a really good late game and you are presented with this trade, you would be crazy not to take it—even though you are still at 20.

While there are a number of completely legitimate lines of reasoning that explain why you shouldn't block here, the one that seems most relevant to me is the fact that you know that you have all of the tools for a very good aggressive start, whereas your opponent might not have what it takes to deal you 20 quickly. If for some reason you knew that your opponent had an equally aggressive draw (say you had cast a Duress or a Peek-type card on your first turn), then you would be completely justified in blocking.

One player in the forums identified the best case scenario being if your opponent doesn't have any follow-up plays and explained this as a situation in which blocking would turn out very well for you as you would have an enormous advantage. While I agree that the best-case scenario for you in this position is for your opponent not to have any follow-up plays, and I also agree that you would have an enormous advantage if you traded and then began casting formidable creatures for several consecutive turns, it does not follow that it is correct to block if your opponent doesn't have follow-up plays. In fact, if I somehow knew that my opponent didn't have plays to make, then the last thing that I would want to do is block here. Instead I would want to bury my opponent as quickly as possible, so that he or she wouldn't have an opportunity to draw out of this bad position.

I'll Race Against the Other Racers 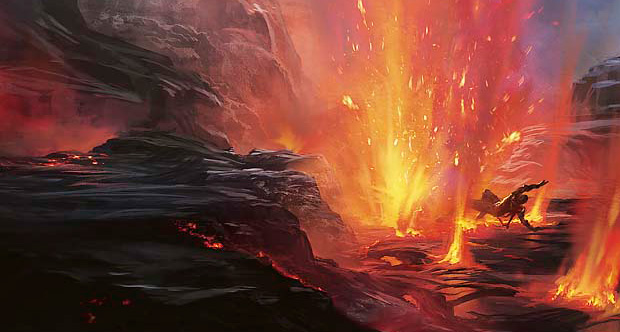 While you are usually able to focus more on your opponent's life total during the early stages of a game against a slower deck, when you are racing to 20 against another aggressive deck, you need to pay just as much attention to your own life total as you do to your opponent's. Even on turn two.

However, the fact that you will (likely) be able to determine whether or not a trade should take place between your opponent's Goblin Shortcutter and your Surrakar Marauder in the future means that you can comfortably plan on trading some hits now even if you decide you have to make that trade later.

So once you've decided not to trade because you've realized that you have the proper tools in your hand to win a race, what should you plan on doing next turn? (Alternatively, and often more effectively, you would want to roughly outline your subsequent plays before you choose whether or not to block.)

When you are trying to understand the terms of the race that you are engaging in, you must look at both the short- and long-term implications of your potential plays. While you would normally look to make the plays that would knock your opponent down to zero the quickest against a slow deck, mana efficiency is often the most important factor when playing against another quick deck. 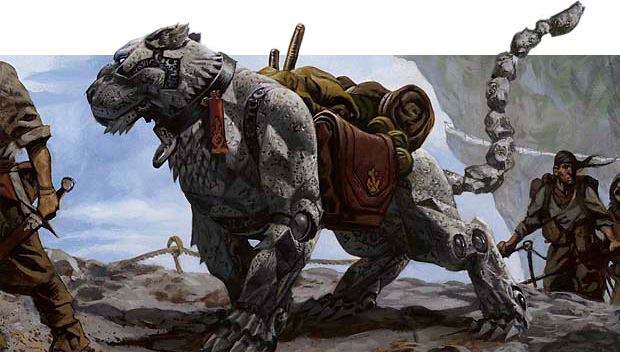 If your opponent does not do anything to advance his or her board, you will likely be better off casting your second Surrakar Marauder with plans on casting your Hedron Rover the following turn.

While there are situations in which casting either one of your creatures would be correct, casting a Searing Blaze on your next turn would be a very poor play. Yes, it is the play that provides the greatest immediate advantage in terms of board position and life totals—if you knew for some reason that you were going to have to discard your hand at the end of your next turn, then that's probably the play your would make—but you can't just look at the next turn when determining your plays. You have to look further into the future.

Your Searing Blaze is likely to go up further and further in value with each passing turn, as it will allow you to destroy something quite formidable (possibly knocking off a Shatterskull Giant, or even an Emeria Angel at an insane profit) while still leaving you free to cast another relevant spell on the same turn. Your opponent's Goblin Shortcutter, on the other hand, will still be just a vanilla 2/1.

So, in short, if you are worried about falling far behind in the race, cast your Stonework Puma, leaving yourself the very real option of casting two relevant spells on turn four. If you see yourself getting ahead in the race, capitalize on that advantage by casting a second Surrakar Marauder. Unless your opponent plays something extremely threatening, like a Warren Instigator along with an Adventuring Gear, then you should plan on waiting on your Searing Blaze. 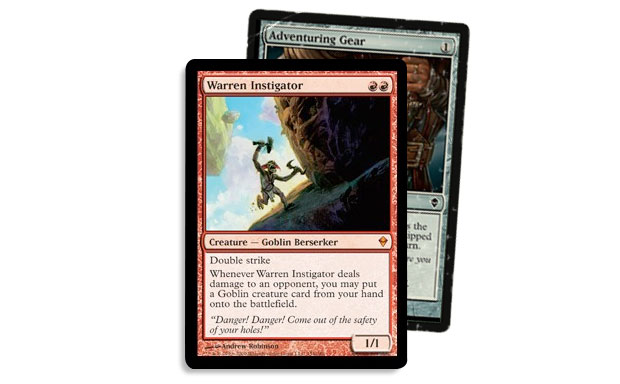 Posted in Limited Information on December 28, 2010