Take What You're Given

Posted in Limited Information on June 7, 2011

ro Tour Nagoya is this weekend. Some of the finest players in the world will get a chance to show off their skills at New Phyrexia/Mirrodin Besieged/Scars of Mirrodin booster draft and their newest concoctions for the relatively unexplored Scars of Mirrodin block constructed format. 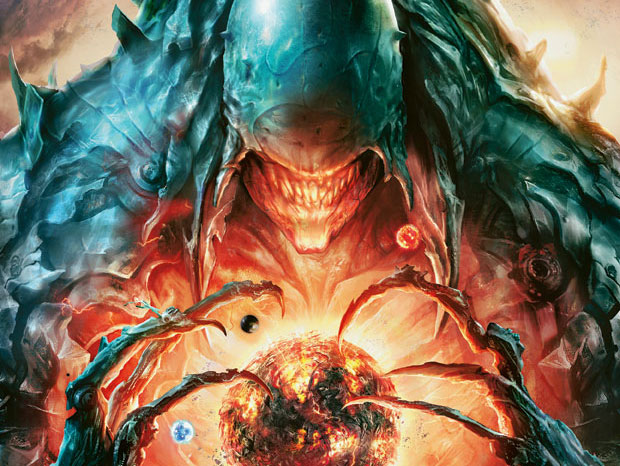 While players might not have had a chance to compete in any high profile Scars of Mirrodin block constructed events during the weeks leading up to Pro Tour Nagoya, there have been some fairly large New Phyrexia limited events including a recent Magic Online Qualifier for Pro Tour Philadelphia. Fortunately for us, we can view each player in the Top 8's entire draft through the draft viewer as well as their final decklists.

One of the great things about Magic Online events is the wealth of information available to players after the event. If you're preparing for a constructed tournament, be it live or online, you'd do well to check out the Decks of the Week.

After some technical difficulties caused eventual champion goodbey to first pick a basic Plains, he went on to draft a strong green-white-red deck full of acceleration and fatties.


While goodbey's draft deck didn't end up being all that exciting—it was, after all, just a big green deck with some acceleration and a handful of removal spells—he wound up with a very efficient deck that was more than capable of taking down the tournament and earning goodbey an invitation to Pro Tour Philadelphia.

Let's go over some fundamentals!

Goodbey decided to move into green when he got passed a fifth pick Brutalizer Exarch. He did this despite the fact that he didn't have a single green card in his first four picks. Now, if you already have a decent amount of experience drafting, this might not seem at all strange to you as you have no doubt had your fair share of drafts where you waited until well past your fifth pick to start drafting cards in a color. Heck, I've lost count of how many times I've waited until the third pack to decide on a second color. But if you don't have a lot of experience playing limited, it might seem a bit strange to wait that long to start drafting cards in a color.

In fact, if you get passed a strong card like a Deceiver Exarch for your fifth pick, that's a particularly good sign that it's time to make a move into that color. If there's an equally good card in a color that you're already in, or a colorless card, then there will be no reason for you to branch out as you could instead stay on target at no cost.

But if the other options aren't appealing, then you should grab the Deceiver Exarch and see what happens during the following few picks (and beyond)....

The thing is, that at this point you are getting a signal that the color very well could be open, and that's a signal that you should act on. If you get passed some more good cards in green, which could very well happen since you already got passed a strong card fifth (meaning that either the pack was particularly strong or the players to your right are not in green—at least not yet), then you'll have yourself a nice base color.

Even if your move into green ultimately doesn't pan out, you shouldn't think of that as a wasted pick. You have to put yourself out there a bit when you're drafting. Sure, there will be times when everything just works out perfectly and you get to use every one of your early picks in your forty-card powerhouse that doesn't lose a game, even winning that one where you got stuck on two lands for a few turns. But the bulk of the time you're going to have to take some chances, and only some of them are going to work out.

But if you stay sharp on your feet, and you read your signals as carefully as possible, then you'll be able to make the most out of every draft that you play in.

It's important for your limited deck to have a real game plan at every stage of the game, and the ability to excel at one (or more) stages of play. At the very least, you need to stay competitive during the early-middle stages of the game, and a way to win should the game go long. Even if you end up drafting a hyper-aggressive deck, you're going to want some direct damage, some evasion creatures, or some other way to close out the game should your opponent survive your initial onslaught. 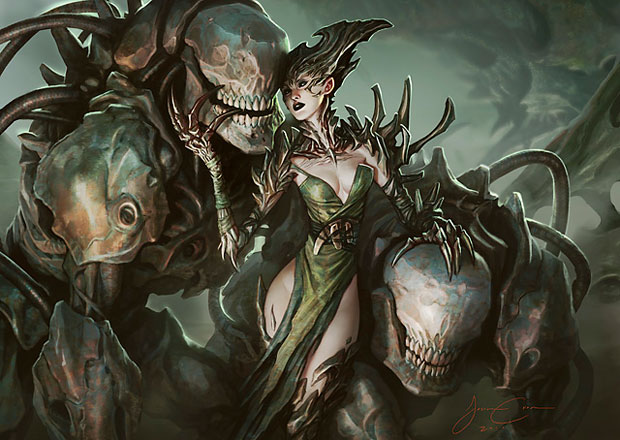 Now some people think that you need to open up some ridiculously overpowered rares, or get passed a ton of removal spells, to have a good end game.

Yes that Steel Hellkite that goodbey opened in pack 3 definitely improved his deck, but it didn't change his overall plan in any significant way.

While Maul Splicer might not be as powerful as a Steel Hellkite or a Carnifex Demon, it's still a very strong way to top off your curve. You get seven power's worth of creatures for seven mana. Even if your opponent has a removal spell, he or she will only be able to deal with one of your golems.

Would I want to spend a first pick on a Maul Splicer? Definitely not! But if I get one during the middle to late stages of my New Phyrexia pack, which I am often able to do, it'll make an excellent dragon substitute that is more than capable of closing out games on its own. Especially if you have some answers for your opponent's bombs should he or she play any.

While they don't serve exactly the same function, dinosaurs like Alpha Tyrranax and Fangren Marauder are big enough, and affordable enough, that they will often be all that you need to clobber your opponents or at least force some two for ones in your favor.

A card is considered good when it has a very powerful effect for its cost. Porcelain Legionnaire is considered a strong card because you can play it on turn two. If Porcelain Legionnaire cost as much to cast as a Thundering Tanadon then it would be borderline unplayable. Why? Because there are plenty of far more powerful things to do for 4-6 mana than simply play a 3/1 first striker. 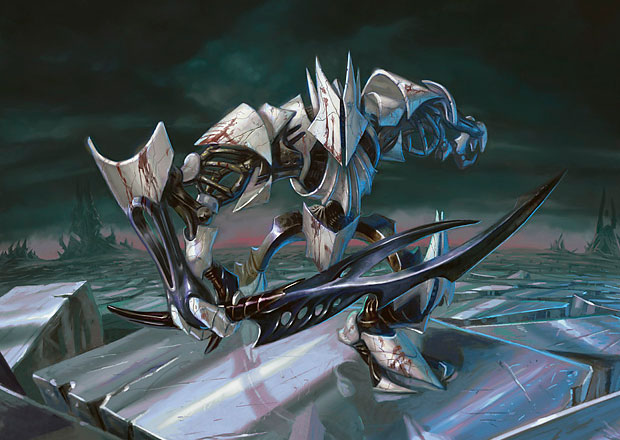 Maul Splicer is considered a reasonable card because it has the ability to singlehandedly swing the game in your favor the moment you cast it. Sure it costs seven, but if you get into a long, drawn out, battle of attrition with your opponent, then Maul Splicer should be more than enough to win you the game.

Now if you could reliably play a Maul Splicer on turn five or six, then it would be pretty fantastic. While your opponents are busy casting 3/3s and 4/4s, you can deploy seven power worth of creatures. Sounds fair, right?

If you play enough lands, and you have enough acceleration, you can reliably play your expensive spells early. This can artificially enhance the quality of your deck... Allowing you to beat players who have decks that, on the surface, are far stronger than yours.

For example, in the finals of the tournament, goodbey dispatched FoundOmega's rare-heavy black-red deck in two games.

If their games had gone on forever, then FoundOmega probably would have been able ride his rares to victory. But they didn't. Goodbey didn't give FoundOmega the kind of time that he needed to draw and use all of his absurdly powerful spells.

So while goodbey's green-white-red deck might not have been full of bombs and catch-all removal spells, it was full of cards that are very good at what they do.

Don't fret if you don't open any bombs, or if you don't get a ton of removal spells. You can still put together a very effective deck. You just need to pay attention to what's getting passed to you late, and take advantage of those opportunities as they arise. Goodbey picked up some big creatures late which he complemented with all of the acceleration and removal spells that he could reasonably get his hands on.

If goodbey had given up and simply tried to draft a mid-range deck without any real need for acceleration, then he would have wound up with something that was pretty ineffective. He would have had a deck that simply tried to do the same things that his opponents did, but worse.

Posted in Limited Information on June 7, 2011