Posted in Limited Information on November 29, 2011

ransform cards have added an entirely new element to game play. Consequently, players who are able to react appropriately are able to gain all sorts of advantages while playing Innistrad Limited.

This week, let's take a closer look at the things that you should be thinking about when you're drafting and playing with (and against) transform cards.

I'll Do It on Your Turn Instead

When you're drafting Werewolves, it becomes even more important than usual to pick up cards that you can cast on your opponent's turn. Cards like Midnight Haunting and Ambush Viper become exceptionally strong in Werewolf-heavy decks, as they allow you to transform your Werewolves while simultaneously developing your board. 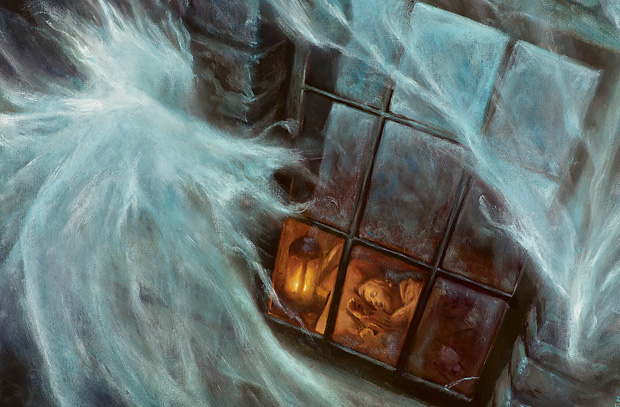 Being able to mug unsuspecting attacking creatures with Midnight Hauntings, Ambush Vipers, or Rebukes can give you a huge leg up. But if your opponent isn't attacking because you have a bunch of untapped Werewolves, then you aren't going to be able to mug anything.

If you're mounting an unrelenting assault that your opponent is desperately trying to stop, then you don't need to worry about picking up some extra equity with a good (surprise!) block or a Rebuke. But if you're in a tight race, or there's a creature that you really need to deal with, then you won't want to let your Werewolves distract you from the plays that will actually win you the game.

If you have a flashback card such as Travel Preparations in a Werewolf-heavy deck, you will have even more of an incentive than usual to cast it, and flash it back, early. That doesn't mean you should make your Avacyn's Pilgrim a 3/3 if that 3/3 isn't going to have any real impact on the game—especially when you could instead wait a while and turn a couple of Spirit tokens into 3/3 fliers. Nonetheless, the fact that using your Travel Preparations later may cause all of your Werewolves to transform back into human form should be taken (heavily) into consideration when deciding if it's time to dole out the +1/+1 counters.

"I can cast Moonmist, but it would be my second spell for the turn..." 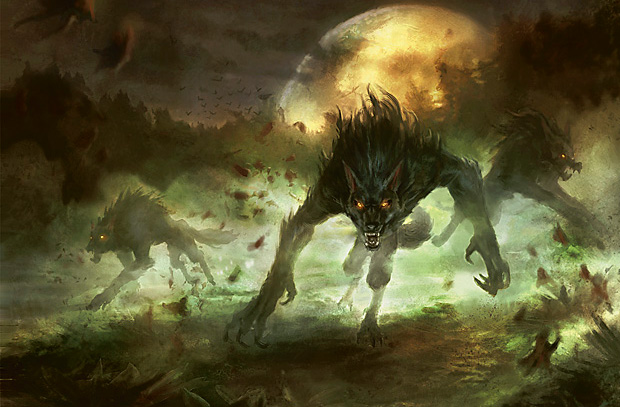 Understandably, you should be hesitant to do this. But if you can get a huge advantage by casting that second spell, and then you can take off your next turn to transform everything back, then you should probably just go for the blowout now.

Flashback cards, particularly ones such as Travel Preparations that you naturally want to cast twice on a single turn, are obviously awesome against Werewolves, but they aren't your only line of defense.

I've written about this next point a number of times before, but it's important enough (and counterintuitive enough) that I'm going to revisit it. If your opponent is playing Werewolves, it's often correct to wait to cast cheap spells such as Traveler's Amulet and Blazing Torch until you can use them to fight off Werewolves—either by delaying their transformations or by transforming them back into human form if your cheap spell is your second spell of the turn.

Also note that Equipment is weaker than normal against Werewolves (and stronger than normal with them), since most Equipment requires a fairly substantial mana investment to use. That's mana that you should be using to cast spell(s) that keep Werewolves in less hairy form.

While you have a good deal of control over when your (and your opponent's) Werewolves transform, it pales in comparison to the absolute control that you have over when cards such as Screeching Bat and Cloistered Youth transform.

When is it correct to make use of these optional transformations?

Screeching Bat requires a four-mana investment to turn into Stalking Vampire. Even if you don't have any spells in your hand to start your turn, the fact that you have to pay to transform Screeching Bat on your upkeep has some very big implications. Not only will you likely lock yourself out of the ability to cast whatever spell you might draw on your turn, but you will also let your opponent know that you (probably) don't have anything of note in your hand. 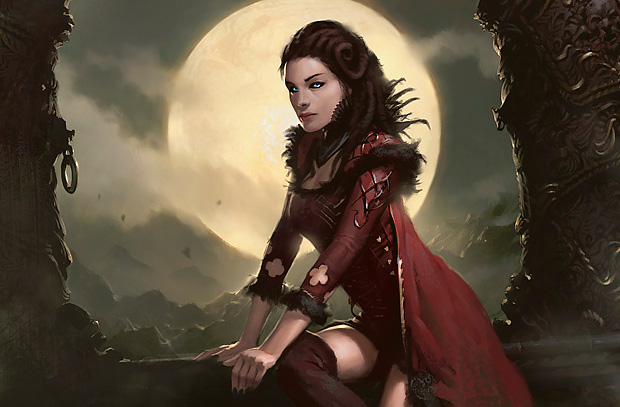 If it's late in the game and you have an abundance of mana, or if you're already way ahead or way behind, then the impact of spending the mana to transform Screeching Bat on your upkeep will be greatly diminished.

If you're so far ahead that your opponent can't afford to play around anything, then it won't matter that you're handcuffing yourself for a turn, and revealing that you don't have any relevant tricks in your hand, by spending the four mana to transform Screeching Bat into a 5/5. Your opponent is going to do everything possible in an attempt to survive.

If you're already way behind, you'll need to figure out if you have a better chance of winning by drawing (and being able to cast) something extremely relevant, or by transforming your Bat and hoping that your opponent doesn't have anything to blow you out with.

If things are reasonably even, and you would only gain a marginal advantage by transforming your Screeching Bat (but you would fall way behind if you took a turn off and your opponent had an answer such as Silent Departure or Bonds of Faith), then you're probably going to want to wait.

If your opponent has a reasonably benign board, you don't have any other spells that you want to cast in your hand, or you actively want your opponent to do something to kill your Stalking Vampire (thus clearing the way for whatever game-breaking bomb is sitting in your hand), then by all means, transform away and let your 5/5 do some work!

The fact that you have the option to transform Cloistered Youth without spending any mana each turn means that you can delay your decision for as long as you want. However, there are some very real costs associated with not transforming Cloistered Youth. 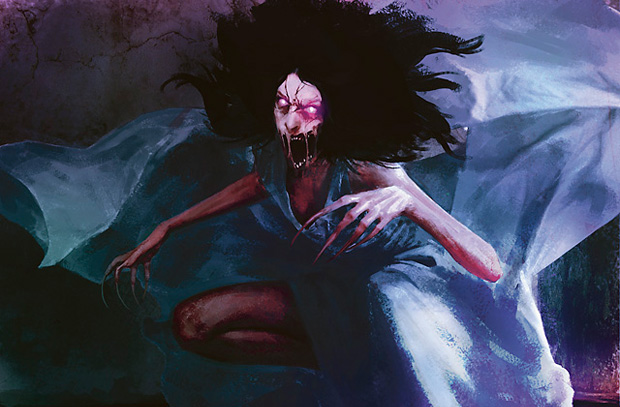 With each passing turn, the relative impact of a 3/3 on the game will (likely) decline. If you transform your Cloistered Youth on turn three, you may very well hit your opponent for 3 to 9 damage with Unholy Fiend before your opponent has to kill it with a Brimstone Volley or trade a Festerhide Boar for it. But on turn seven, there are all sorts of creature that can easily overshadow a 3/3.

If it's turn three and you have the option to transform your Cloistered Youth, your default should be to do so. There are, however, some notable exceptions.

If it's Game 2 or 3 and you know that your opponent's deck is full of cards that are specifically good against Unholy Fiend, then you might want to hold off on transforming it, particularly if your hand is set up to thrive in the late game. (Maybe you should have sideboarded it out?)

If your opponent just stuck a Grave Bramble that you have no (short-term) way to deal with or get past, then you aren't going to want to transform your Cloistered Youth. While it isn't quite as cut and dried, if your opponent just resolved an Avacynian Priest, you might think twice before committing yourself to losing 1 life every turn when your opponent could just tap your 3/3.

Unless you're looking for a specific card (or type of card), then you will often want to activate cards like Merfolk Looter at the end of your opponent's turn so you can get as much information as possible before making a decision on what you want to discard. 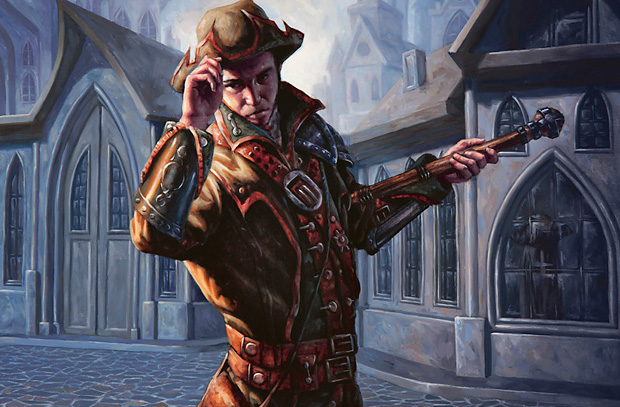 Civilized Scholar, however, has the potential to discourage delayed actions, because of the fact that it can turn into a Homicidal Brute that lacks the ability (or the inclination) to help you filter through cards. If you have a bunch of mediocre creatures in your hand that you want to upgrade, then you should (almost always) loot on your own turn since looting and discarding a creature on your opponent's turn will leave you unable to loot again on the next turn.

Do you want to block (or at least represent the potential to block) with Homicidal Brute? In that case, you almost certainly will want to wait until your opponent's turn to activate your Civilized Scholar. If you have a fistful of extra lands, then you will need to figure out if it's more important for you to try to draw into an extra relevant spell now, or if you'd prefer to wait until your opponent's turn to loot since doing so will allow you to represent a potential 5/1 blocker.

Don't Fall Asleep at the Wheel!

Oh, and one more thing before I go.

Be careful not to fall asleep at the wheel and accidentally cast two spells in one turn when you have an army of Werewolves. Sure, it might be tempting to cast and Flashback your Geistflame to take out your opponent's Avacynian Priest, or to draw two cards with Think Twice, or to win a combat with Ranger's Guile before summoning a postcombat Orchard Spirit. 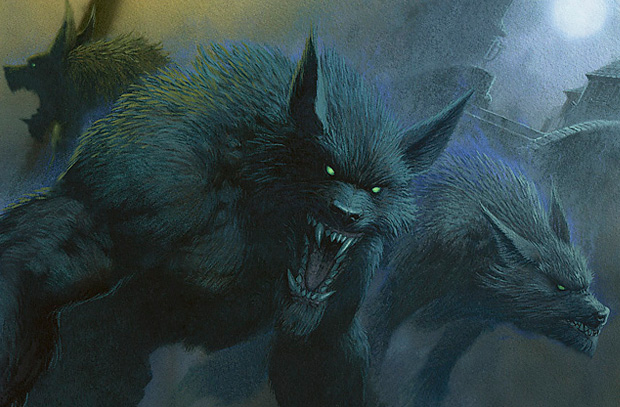 As long as you're extra vigilant when you have Werewolves, then you should be fine. But if you fall asleep when there's a full moon out....

Posted in Limited Information on November 29, 2011