Posted in Limited Information on August 29, 2012

eturn to Ravnica previews begin next week, and while you will certainly need to do your fair share of adjusting to the new set, there is a lot you can take with you when you begin exploring the next Limited format.

But in order to maximize your chances for success from the very first time you open up a Return to Ravnica booster pack, you are going to need to distinguish between format-sensitive information you've picked up over the last few months and timeless Magic knowledge. 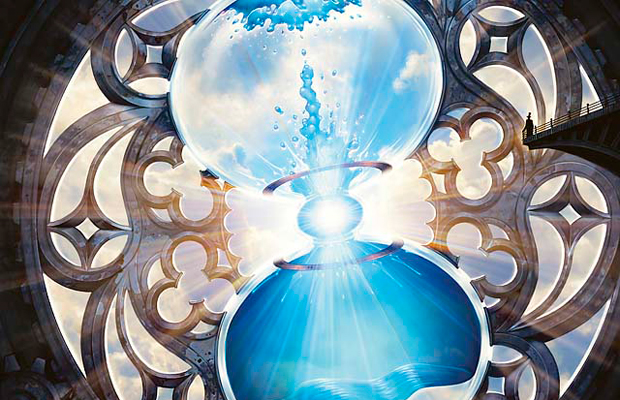 Format-sensitive information, such as a knowledge of what types of decks are viable and what kinds of creatures you need to kill, is absolutely crucial for your success over the course of a format's lifespan. However, you shouldn't make the mistake of assuming that everything you know about the format you're playing now will also hold true when you're drafting the next set.

While the majority of the winning Magic 2013 Limited decks were two colors, or two colors with a light third color splash, it is far from a given that you should try to draft two-color decks in Return to Ravnica Limited. In fact, because the upcoming set has a strong focus on multicolored cards, you might find that the best Return to Ravnica draft decks contain an average of three (or more) colors.

Be warned, though, that you shouldn't expect your mana to magically work for you just because you're about to start playing a multicolored set. Regardless of the format, as soon as you realize you are drafting (or might end up drafting) a three-color deck, you should make it a point to grab enough mana fixing so you can actually cast your spells in a timely manner.

Additionally, you need to keep in mind the fact that card values are determined within the context of each Limited format.

Yes, a cheap and effective removal spell like Searing Spear would be a great pick in just about any Limited format, and Vampire Nighthawk is a great addition to any deck that can reliably find the two black mana necessary to cast it, but aside from the very best cards (which can still fluctuate wildly in value relative to one another depending on the context) nothing is safe.

Similarly, the fact that artifact removal spells like Smelt aren't worth main decking in Magic 2013 Limited doesn't mean they won't be worth playing in subsequent Limited formats. Shatter was an absolute all-star in Mirrodin Limited because there were a ton of good artifacts running about—and it cost twice as much as Smelt does for the same effect.

Cards can also fluctuate in value depending on how easy it is to kill a creature in a given format. Top soulbond creatures like Druid's Familiar would frequently dominate Avacyn Restored Limited matches, but in a format where people have easy access to removal and bounce spells, even the best soulbond creatures could be considered a liability.

Sure, Dark Favor is relatively easy to come by in most Magic 2013 drafts, but had there been fewer removal spells in the set then Tormented Soul + Dark Favor might have become the best strategy in the format.

Heck, even two-mana 2/2s and 2/1s with no abilities can undergo serious fluctuations in value based on the format. Goblin Pikers were considered borderline unplayable in Magic 2011 because the format was dominated by slower control decks, but a year later when people were drafting Magic 2012, the very same two-mana 2/1 was considered an absolutely crucial card because of how aggressive the format was. 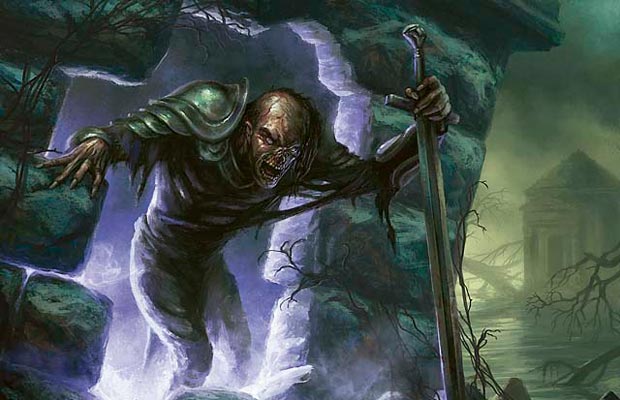 But even though specific cards and types of cards can shift dramatically in value depending on what they're surrounded by, that probably doesn't mean the roles you need your cards to play for you has changed in any significant way.

For example: Finishers, the cards you sculpt your game plan around so they can ultimately win the game for you, are still going to be relevant regardless of the format.

As you are drafting, and then building your deck, you need to have an answer for the question "How am I going to win the game?" No matter how effective your deck is at getting an early lead, or stabilizing the board, you need a way to close out games.

Abundant supplies of removal spells, evasion creatures (such as Welkin Tern), spells that set up a huge finishing blow (like Sleep), oversized creatures (such as Vorstclaw), big burn spells (like Volcanic Geyser), dedicated win conditions (such as Sands of Delirium), and—of course—gigantic bombs (like Nefarox, Lord of Grixis) can all fit this bill.

In Magic 2013, it isn't particularly difficult to find suitable finishers. As long as you remain aware of what your deck needs to actually put itself over the top of your opponents, then you won't need to rely on opening a bomb like Thundermaw Hellkite (not that you would complain if you did) as you can get a lot out of cards that might otherwise end up sitting in your sideboard.

Veilborn Ghoul rarely ends up in the main deck of my Magic 2013 Booster Draft decks. But when I do start it, it's probably the single most important card in my deck. Yes, Veilborn Ghoul can be a big liability at times (spending fifteen mana to "trade" with a Captain's Call isn't exactly a bargain); sure, any creature with more power than Kraken Hatchling can trade with it; and just about every removal spell in the format will knock it off the board for a little while—but any time you're able to wear down your opponent's defenses it will only take five hits with your Veilborn Ghoul to snatch a victory.

No, you don't want to play Veilborn Ghoul in a removal-light deck full of expensive creatures, but anytime you find yourself with a low curve and some good all-purpose removal spells, you'd be hard pressed to find a better finisher than Veilborn Ghoul. 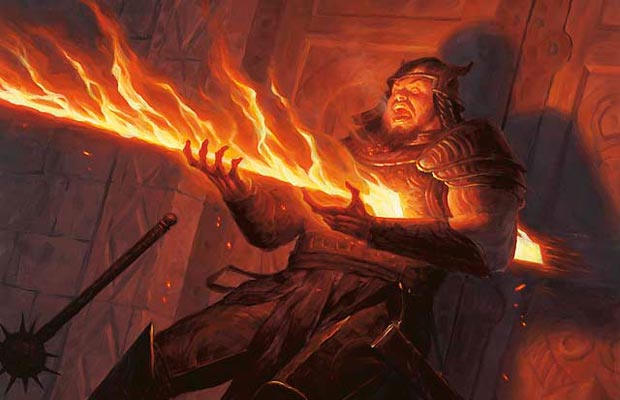 Cheap, high-quality removal spells like Searing Spear, Murder, and Oblivion Ring are always going to be great additions to your Limited deck. But there's a limit to how many five- and six-mana creatures you need (regardless of how good they are).

So when you're drafting a format that has a lot of good expensive creatures (such as Magic 2013), you will be able to wait a while before you start picking plus-sized creatures, as you will know that you will eventually get passed cards that are worth filling out the top of your curve with.

However, in formats where big creatures are scarce, you won't have that same luxury. Instead, you will need to go out of your way to draft the cards you plan on closing out the game with while you wait until later to grab the little creatures and combat tricks you will fill out your curve with.

When you're going through the early parts of a pack, just make sure the cards that you're drafting are actually going to be substantially better for you than something you could count on snagging eleventh or twelfth pick. If the card you're about to take doesn't fit that bill, then there's probably a better option waiting for you. 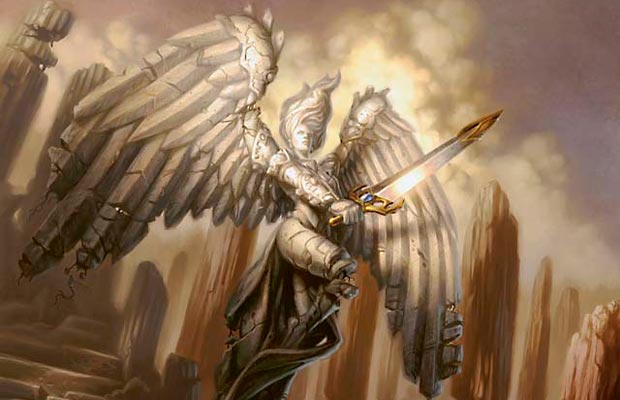 Respect What Your Opponent Is Trying To Do

No matter what format you are playing, it's absolutely crucial for you to respect what your opponent is capable of (particularly when your deck is good). It can be very easy to ignore what your opponent is trying to set up while you are doing what you can to enable your ideal path to victory.

Don't autopilot your way into a bunch of avoidable losses because you won't let yourself make a "bad trade."

When it's in play, Wind Drake is a better creature than Walking Corpse, but that shouldn't stop you from blocking an incoming Walking Corpse with your 2/2 flier. Any time you're behind in the race, and you don't have a way to neutralize your opponent's "worse" creature anytime soon, then you should be happy to make that type of trade.

Just make your play decisions based on the potential that the creatures in question are demonstrating in this game, and not an abstract idea of how good certain cards are.

If you already have some good finishers on hand and you know you're going to save yourself 8 damage by making a block now then, just do it. Even though your creature might be "better" than your opponent's creature, you shouldn't be willing to lose just to prove that point. 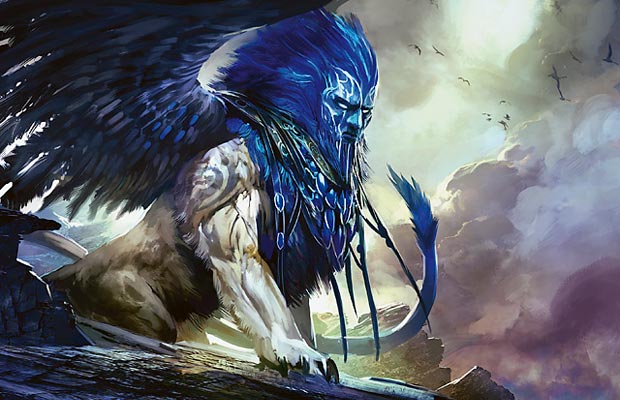 Make Sure Your Deck Works

No matter what format you're drafting in, you need to make sure your deck works the way you want it to. You need to play enough lands so you can cast your spells (usually about seventeen), draft some good mana fixers if you want to play three (or more) colors, keep your curve fairly low (so you can kill your opponent quickly or survive until you get to a stage in the game where you can thrive), make sure you have a good plan for how you're going to win, and (whenever possible) find cards you can use to disrupt your opponent's game plan.

If you're able to do all of these things, then you should be in a very good position to win.

Posted in Limited Information on August 29, 2012