Posted in Limited Information on October 28, 2015

I've met many awesome Limited players in my time. Traveling in the circles I travel in, and as often as I do, like minds tend to gravitate towards each other. I've given the advice here numerous times that you should listen to what other players say, and then process and accept the good parts while selectively dismissing the less useful parts. I do this myself, of course, as I wouldn't give you advice that I don't take.

One of the best Limited minds I've had the good fortune to become friends with is Kenji "NumotTheNummy" Egashira. Kenji is a popular Magic streamer and has even started doing coverage. 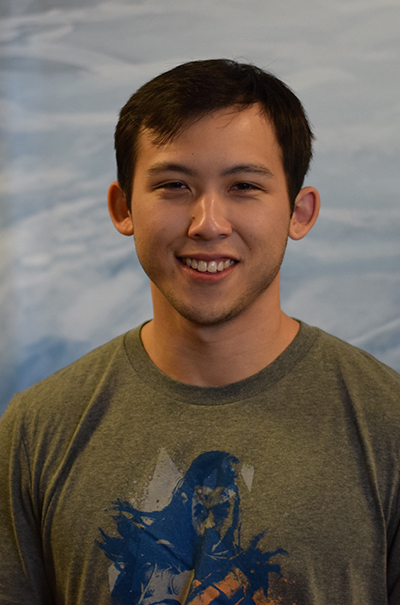 Here's the funny part: He lives about five minutes from me. I've known Kenji for years, in fact. When I first came back to Magic and discovered Booster Draft, I would go to my local card store and draft at FNM and on Sunday afternoons.

Occasionally some guy named Kenji would show up, beat everyone in the store, and then disappear again.

I asked Jeff the shop owner who he was and why he didn't come around more often. As it turns out, Kenji was still in college at the time and was going to school on the other side of the state. He'd come home to visit his family, and he'd draft with us while he was in town. We became friends and I always looked forward to our battles.

Fast forward a few years and he had moved back home. He was working some jobs to fill the time, but wasn't sure where he'd end up in his career yet.

Life takes some weird turns sometimes, and both Kenji and I found ourselves making Magic content for a living instead of pursuing the office jobs we seemed destined for. Kenji is a prolific drafter, and I thought it would be interesting to sit down and interview him for this column. There is a lot to be learned from someone who plays Magic every day for a living and who drafts as much as Kenji does.

Marshall: First off, how long have you been playing Magic?

Kenji: Oh man. Well, it was around sixteen years ago. I'm 26 now. I think it was around Tempest block? I wasn't really playing at the time, though. It was more that my older cousin was into Magic, and I liked looking at the cards as I looked up to him.

How long have you been streaming?

I've been streaming for about three or three-and-a-half years.

When did you first discover Limited?

Maybe a year or two after I found the game. I started going to FNM at my local shop. I was so young, and terrible, but it was fun! I'd go every week. I even played some Standard back then.

I want to focus in on the sheer volume of drafting that you do. You have to be one of the most prolific drafters in the world. How many times would you say you draft a normal format?

Probably around two hundred. I drafted Theros two hundred times, and I do the same thing for every format, so I assume around there.

What do you think you gain over the average player who doesn't draft nearly as many times as you do? Do you feel like those things stand out to you more because you have such a pattern going in your head?

Absolutely. You know, it's strange. You draft a format a few times, but you don't really get a feel for it. You'll start picking up some things, some interactions, but once you start drafting in the tens, the twenties, even over a hundred drafts, you've drafted all of the combinations multiple times already. It's not even a guess, you can almost know what your opponent will have in their deck based on what colors they are and what they've already played against you.

Walk us through your Draft lifecycle for a set. What happens when the set first comes out?

I used to be the guy who would be all over the Card Image Gallery, the websites, the podcasts, all of it. By the time the set actually came out, I'd have a pretty firm grasp on what it was all about.

But I don't do that anymore. I haven't done that in a year or two now, in fact. Nowadays, I just jump in fresh. I like that experience a lot more. I think my stream viewers like it more, too.

So you just jump in cold into a new format, figuring things out as you go. No studying up at all?

These days, I want to give a more unique experience to my viewership. I don't want to go in and do the same thing that 50 other pros have already done. I want to be the more casual guy who has his own take on it. A new spin that viewers can look forward to.

Okay, so after some drafts, you start to get a handle on the new set. What happens in the next stage?

I know it's bad to do this, but I'll sort of force some of the strategies. I figure that I'm going to be doing so many drafts anyways, I'll have to learn every strategy at some point so I may as well just grind it in.

I'll try to get each color combination on lockdown. What are the core pieces? What are the really key components?

Sometimes it doesn't work out. I'll force an archetype and end up with a really poor version of it. But then at least I'll understand what you cannot do.

I agree that forcing an archetype is bad strategy. But you're saying since you are going to be drafting so much, you'd rather sacrifice some early drafts to help set the framework for a lot of future drafts?

It's all building blocks. It's the experimental phase.

How long does it usually take for you to get super comfortable in a format?

Probably within the first few weeks. By that time, I've easily done four or five drafts per day. By then, even if I haven't drafted a deck, I'll have played against it at least. I'll have experience with every archetype and I expect to be comfortable at that point.

What's the next stage? Grind mode?

I feel like when a set first comes out, I have a firm grasp on the power level of the cards and synergies. When it first comes out, I tend to do extremely well. People are trying out new things, but I have an idea of what is great, and can just crush it. Then, as time goes on—usually a few weeks later—things tend to plateau out. Other people recognize which cards and archetypes are good, and my win percentage starts to fall off. What does the endgame of a set cycle look like?

I'll start branching out. Perhaps a bit further than I should. I'll start going with crazy combos sometimes. Frequently this is just to entertain the stream, as they've watched me do each of the regular archetypes multiple times already. They want something fresh and unusual. Even if it's bad, it's entertaining.

Ease of access. I can just sit at my house and draft any time. I can log in at 3:00 a.m. and a draft will fire. Same goes for 3:00 p.m. It's a lot easier when you are drafting online, since you don't have to remember all the cards you drafted. The program sorts them for you, and you can build as you go, which makes the process smoother.

Given how much you draft, a great Limited format for you is one that you can draft many, many times. What's your favorite Limited format of all time?

Invasion Block Draft. That's Invasion, Planeshift, and Apocalypse. IPA. There's a lot of nostalgia for me with that block. It was out when I started playing Magic more seriously as a kid. Still, it's a really fun format with a lot of insanely powerful cards. I also like that you are incentivized to go three colors, which I find fun.

Let's bring things back to the present. Where are you at on Battle for Zendikar?

I'm still pretty sold on blue-red, but I also like blue-black. Either devoid or ingest; I like Mist Intruder and Benthic Infiltrator in either deck. Anything that's ingesting is A-OK by me. Though, I do think that the white-blue flyers and awaken decks are very powerful as well. There are a lot of options in this format, but those are my go-to decks. I like drafting the blue cards. What are the traps? Any archetypes or colors that we should avoid?

Well, a lot of the pros say that green is untouchable or unplayable. I don't agree at all. I think green can be very, very good. If it's open, I'll jump in. Snapping Gnarlid and Oran-Rief Invoker are strong two-drops. Eyeless Watchers can produce multiple tokens, and Tajuru Warcaller or even Tajuru Beastmaster can finish things off.

I think green isn't as bad as the pros say it is. That said, I don't think it's as good as the other colors. It's probably the worst color, but I'm not going to ignore it.

I'm not a huge fan of the Allies deck. The three-color version can be strong, but overall I haven't been that impressed.

Thanks for taking the time to chat with us, Kenji!

It's always fascinating to delve into the mind of a player who has such a different experience with Limited than most players. I draft a lot. But Kenji is insane. My guess is that the folks in R&D plan on people drafting the format somewhere between one and ten times, maybe up to fifteen. Even if my guess is off, I'm certain that they aren't designing sets such that they will be drafted two hundred times or more. When you push those boundaries that far, you can learn a lot as it turns out.

Posted in Limited Information on October 28, 2015