With that in mind, let's take a look at an undervalued card in every color from Dark Ascension or Innistrad.

During one of my first Dark Ascension-Innistrad Booster Drafts, I grabbed a Gavony Ironwright when there were only two or three cards left in the pack—then promptly left it in the sideboard of my white-blue deck. The only time I boarded it in was when I wanted a 4-toughness blocker against a deck that had multiple Ashmouth Hounds and a Kessig Wolf. The rest of the time, it just sat in my board collecting dust while I shuffled up a number of way-less-impressive cards. 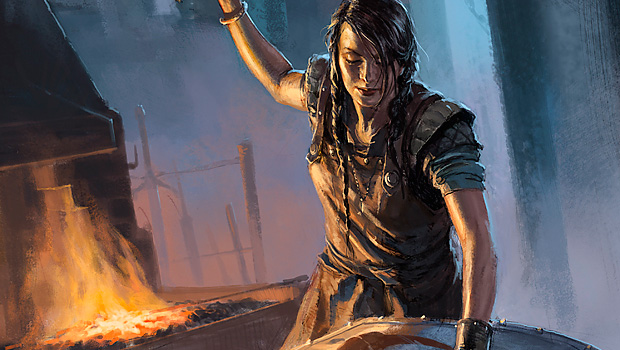 When I think back on this sequence of events, I'm dumbfounded as to how I, and the seven other people at the draft, were able to completely overlook what has turned out to be one of the best fateful hour cards in the entire set.

While many players have wised up and are happy to first-pick a Gavony Ironwright, there are a lot of other people who will simply ignore it entirely—and that just isn't okay.

In addition to being a good blocker, if Gavony Ironwright ever "turns on," every creature you have is going to be virtually impossible to defeat in combat.

Would this be good enough for a five-casting-cost creature? Maybe, maybe not. But the amount of upside that you get for only

makes Gavony Ironwright a great addition to almost any deck that can cast it.

If you have a Fiend Hunter, there are few better cards to complement it with than Saving Grasp. With this two-card combo, you get to permanently exile two of your opponent's creatures—and then keep a third one hidden under your Fiend Hunter.

Will you always get a Fiend Hunter to go with your Saving Grasp?

But even if you don't, Saving Grasp is a great tool against removal-heavy decks—and an absolutely amazing option against decks with lots of Claustrophobia and Bonds of Faith.

I had considered putting Falkenrath Torturer in this slot because of its valuable role as a sacrifice outlet in White-Black Human decks and Black-Green Morbid decks, but I think enough people have wised up to the Torturer's usefulness in recent weeks that I don't need to go into depth about it. 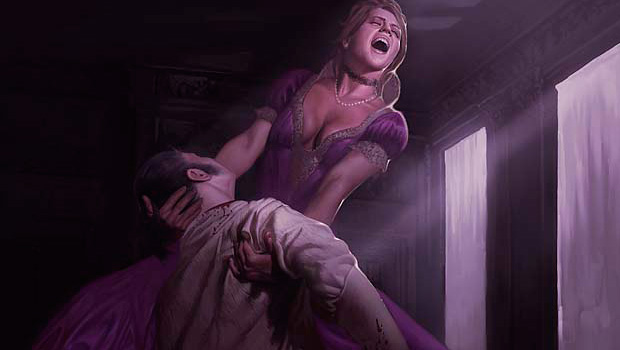 You won't always want to main deck Gruesome Discovery, but if you're on the play—and you have enough high-power creatures that you will be able to force your opponent to trade with you on turn four or five with some degree of regularity—then you're doing yourself a huge disservice if you leave Gruesome Discovery on the sidelines.

So while Gruesome Discovery isn't cheap enough to warrant inclusion in a lot of slower decks—and you will often want to leave it in your sideboard if you're on the draw, or if your opponent's deck is really fast—there are enough situations where Gruesome Discovery can be absolutely backbreaking. With that in mind, you should look to pick up a copy toward the end of your Dark Ascension pack.

A card doesn't need to be flashy or complicated to be grossly misevaluated. Because there are so many high-quality 2/2s in the format, Riot Devils serves an important role in a lot of red decks. If I don't look to shore up my early game with Riot Devils, and similarly high-toughness creatures, then I feel like I'm just asking to get clobbered to death by Loyal Cathars.

While Kessig Wolf is a better three-drop than Riot Devils in aggressive Werewolf decks—anytime I'm playing a blue-red control deck, I'm going to actively look to fill out the lower end of my curve with Riot Devils.

No, I don't advocate picking Riot Devils early—but if you're getting toward the end of a pack and you need some more cheap creatures, then you could do worse than to add a Riot Devils to your pile.

Because there are so many good cards in Dark Ascension and in Innistrad (including cards like Riot Devils, which will often go as late as tenth, or even thirteenth), it isn't difficult to find twenty-two or twenty-three playable cards to fill out your deck (at least as long as you aren't wavering between three or four colors throughout the entire draft). If you're able to stay on target through the draft and you aren't in the exact same colors as your neighbors, you shouldn't be surprised to end your draft with somewhere around twenty-five to thirty-five playable cards from which to build your deck. 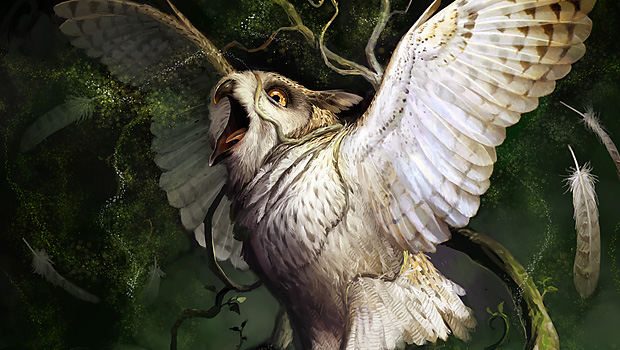 Since you generally don't have to worry about simply getting enough cards for your deck, you have the freedom to focus on other things. Like drafting really good sideboard cards.

If you're playing against a White-Blue Flier deck, or a deck with Falkenrath Noble and Bloodgift Demon, then Crushing Vines is going to be a first-pick quality card for you.

Add to all of this the fact that most people have valid targets for Crushing Vines (it's not hard to find a piece of equipment or a flier to kill), and you have an argument for why Crushing Vines should see a lot more main-deck play.

But leaving that argument aside, the fact that players will frequently take cards they end up cutting from their decks—or cards that are only a smidgeon better than other options—over things like Crushing Vines, which are absolutely amazing in about a third of your matches, is just plain crazy.

The lesson here? You shouldn't be afraid to take sideboard cards over marginal main-deck cards. 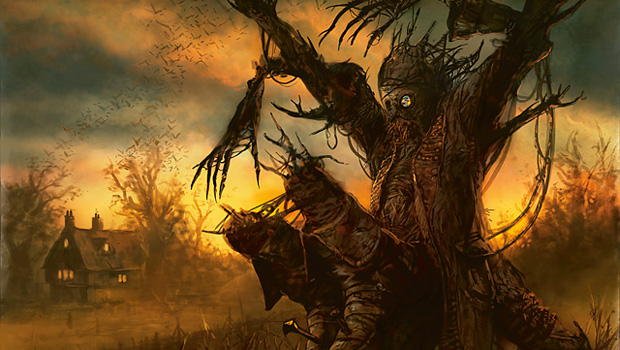 While I don't hold One-Eyed Scarecrow in quite as high regard as Sam Black does (and then again, few do)—I think he has a very good point. The ability to blank otherwise devastating cards like Lingering Souls and to minimize the effectiveness of things like Mausoleum Guard and Voiceless Spirit (a 1/1 first striker shouldn't be that big of a deal for you)—while simultaneously giving you a blocker for Loyal Cathars, Spectral Riders, and Highborn Ghouls—makes One-Eyed Scarecrow an invaluable addition to all but the most aggressive of decks.

Should you be first-picking One-Eyed Scarecrow? Probably not—but if you ever get the chance to pick one up over anything nonessential for your deck, you should probably go ahead and grab it.

It's important to note that you don't want to play Haunted Fengraf if you have colored mana issues. If you're already worried about your ability to cast Loyal Cathar and Claustrophobia in the same deck, you simply shouldn't be looking at this card.

But if you don't have any, or many, color-intensive spells in your deck—and you're looking for a way to get a little bit more oomph if your games go long—then you should look no further than Haunted Fengraf. Heck, I've even played particularly mana-hungry (but not color-intensive) decks where I was actively happy to run Haunted Fengraf as my nineteenth land.

Additionally, there are cards, most notably Harvest Pyre (which I think has gone from being completely overrated to seriously underrated over the past few months), that allow you to manipulate your graveyard and ensure you get back the creature you want with Haunted Fengraf.

I wouldn't advocate taking Haunted Fengraf over anything of note. That said, if you have one at the ready during deck construction, then you should at least think about playing it, as there are quite a few situations when it's strictly better than just another basic land.