I'll start by introducing myself as a Magic player, then we'll get to the nitty-gritty.

My name is Jacob Van Lunen, I'm from New Jersey, I'm a dog lover, and my favorite food is lobster bisque. I started playing Magic in 1996. It may sound corny, but Magic saved my life. When I was younger, I was overweight and over-talkative. At school I was made fun of and beaten up. There was a light at the end of the tunnel, though: Every Friday, after five days of abuse at school, my mother would drive me to Time Warp Comics and Games. It was at Time Warp where I met many of the people who are still my best friends today. We'd draft and play Sealed, and some of the older players would drive us to get food afterward. Despite all the abuse I took back then, I look back on that period of my life positively. I was playing Magic for fun, and it was really fun.

I remained a casual-only player until about two years ago when I was in college. I really enjoyed Ravnica Limited and started going to local tournaments to play Sealed Deck and Draft. That summer, a few of my friends and I drove down to Atlanta for Nationals after one of us, Steve Miggles, won Regionals. While in Atlanta, I won the $3000 Amateur Limited Challenge and since then I've been absolutely in love with competitive Magic. 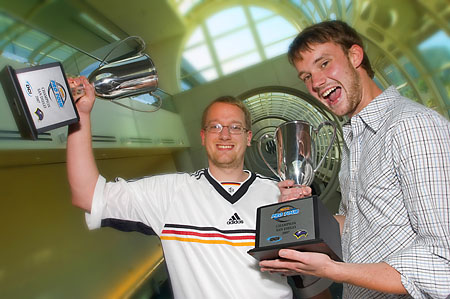 I grinded the PTQ scene for the next 8 months until my friend Chris Lachmann and I finally won a two-headed giant qualifier. We showed up to our first Pro Tour with a plan, but we were absolutely horrified. After the first day we had already dispatched two Hall of Famers and sat on a 6-0 record. We followed through and ended up winning our first Pro Tour. I still can't successfully describe how amazing it feels to win a Pro Tour. My parents were watching the live webcast and after we had won my mother called me, hysterically crying on the other end of the phone, "You did it!"

Today, I'm here to talk about my favorite format, Sealed Deck. I've had the pleasure of working on Constructed decks with Zvi Mowshowitz and the honor of drafting with Jon Finkel, but, for me, nothing quite meets the feeling of cracking packs, setting them into piles, and working with what I have in front of me. One thing I've learned is not to judge a book by its cover; I've made Top 8 with decks I thought were awful and I've gone 0-2-drop with decks I thought were amazing. Sealed gives you the opportunity to play long games with a lot of combat math. In other words, Sealed gives you a chance to play some real Magic.

And there's nothing more fun than real Magic.

To start I'll give you four basic guidelines to Sealed Deck.

1. Have a reliable mana base, but don't be afraid to get greedy.

You should probably be playing 17 or 18 land depending on your curve. Once you've laid out your deck you should think about the following to arrive at a proper mana base. Cards with smaller mana costs are more color-intensive than those with larger costs. For example, Safehold Sentry costs

and ideally you want to be playing it on turn two. With some quick math, you can figure out that a deck playing Safehold Sentry should have at least six Plains. To illustrate the same concept, one can play a card like Scuzzback Marauders with four or five Forests or Mountains and still cast it on turn five somewhat reliably.

You should try to stick with only two main colors, but sometimes it isn't really feasible. In that case, don't panic—just get as greedy as you can with the removal or bombs you've opened and start splashing. Splashing a color or two—playing one or two off-color lands that enable powerful off-color spells—is a lot more sensible in Sealed than in Draft, because the games are likely to go much longer.

2. Try your best to preserve a reasonable mana curve.

You may be playing a lot of powerful spells, but if you don't do anything until the fifth turn it's unlikely you'll be winning many games. You should try to have at least six spells you can play before the fourth turn and at least ten you can play before the fifth. (Having six two-drops and four four-drops is fine; this is Sealed Deck, so we can't always have our cake and eat it too.)

3. Remember that card advantage is very important in slower formats.

If you can save your instant-speed removal for two-for-one situations, you can get a massive advantage over opponents who choose to shoot first and think later.

4. Play as many of your bombs as you possibly can.

I already touched on this in point 1, but I can't stress the importance enough. Play your bombs unless you have a very good reason not to.

Normally, just these basic guidelines are enough to make a reasonable Sealed Deck from your pool. But Shadowmoor Sealed Deck adds a unique twist. 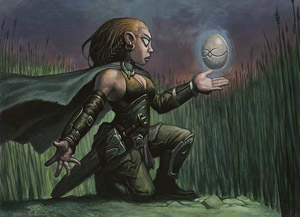 Shadowmoor Sealed is a tough egg to crack. Every time I sit down to build my deck I see the people around me scrambling to organize their cards. It can be confusing, with such a great deal of the set being multicolored. Legs pump under tables as the clock for deck construction ticks down. Why does it take so long to build these sealed decks? The answer is actually very simple:

People are unorganized creatures of habit.

Most people make a pile for each of the five colors and then a sixth pile for their multicolor cards. This is a mistake. Does your Safehold Duo belong in the same pile as your Helm of the Ghastlord? No. Each of the hybrid symbols merits its own pile. For the sake of simplicity I'll explain the twelve piles you should set out upon your canvas when you open your packs.

You can put your color-dependent Scarecrows in their adjacent hybrid piles, for example, Watchwing Scarecrow should be in your white-blue pile. 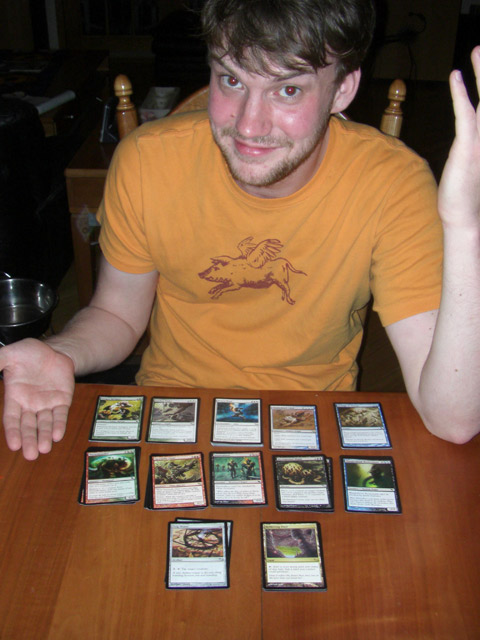 Congratulations, class! You've just shaved 10 minutes of organizational time off your Shadowmoor Sealed construction. And because of the way we've organized our piles, choosing our main colors should be pretty simple. To see how many playables we have of each color, we can just do some quick math. Just assume that the number of cards in each pile is its variable's value, and you can figure out the number of playables you have in each color.

Of course, some of the hybrid cards will be more powerful if you're playing both colors attached, so make sure you shave off the fat before you fill out your registration sheets. Generally speaking, though, this should give you a pretty solid guide for playability of each color.

Ladies and Gentlemen, Start your Engines!

It's June 21, 2008, and you've just sat down in your assigned folding chair at Grand Prix–Indianapolis. You've registered product, and the judge hands you your Sealed Deck. The clock starts and you open up...


If you organized your cards with my system and removed the cards you definitely don't want to play, your piles should look something like this.

(Notice the lack of one-drops. In a format like Sealed Deck, it's likely that these will be dead cards if they aren't in your opening hand. Cards are very valuable in Sealed Deck, and that is not a risk I'm willing to take.)

Reflecting Pool (This might be good depending on the amount of double mana symbols we play—Incremental Blight, Furystoke Giant, or Prison Term.)

Based on the math from earlier, you'll find the following.

There's little doubt that Furystoke Giant and Incremental Blight are our most powerful spells, but our white playables give us a pretty nice curve without much effort. Let's see what a white deck that makes use of our more powerful spells would look like. I like to set my creatures into a curve to see if my deck will tick properly, so let's start there.

Wow, this deck looks pretty good. I chose to play the Sootwalkers over my Mudbrawler Raiders because it's far more likely my 3/3 will get unfavorably blocked by white creatures than by blue ones. Because of our Morselhoarders and Manamorphose we probably don't even need to play any Swamps for our Incremental Blight. I know we have more on-color playables, but a card like Incremental Blight is powerful enough to win almost any game in which it is played. To be a successful Sealed Deck player, you have to be willing to take risks like this where the rewards are so game breaking.

Now it's time to make a mana base. We have fifteen white mana symbols and fifteen red mana symbols, so the mana can be split somewhat evenly, because we've chosen to play thistledown liege (a triple

spell in this deck) and most of our earlier plays are white I think it'd probably be correct to play more Plains than Mountains. A lot of our spells have multiple mana symbols in them, so I think playing the Reflecting Pool is worthwhile. 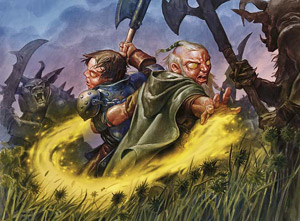 As I've said before, games of Sealed are likely to go long, making tight play extremely important. So stay sharp.

Before you make each play, ask yourself, "Is there anything wrong with this play or anything more right about another play?" I've found this to be really helpful in bringing my ability up a notch; it prevents you from going on autopilot and reminds you of the game state.

No matter what happens, remember that it's just a game. If you lose a round, even to your own play mistake, stay calm. If you're frustrated, you'll play worse. Worse yet, you won't have fun.

See You in Indy?

I'll be at Grand Prix–Indianapolis with my girlfriend on June 21, so feel free to come say hello. If there's enough time between rounds, I'll be happy to look at your Sealed Decks and give you some feedback. There's $40,000 to be won and 16 slots that'll qualify for Pro Tour–Berlin. If I've learned anything from Magic, it's that anyone can be a champion. So make the trip, make some friends, and give your own Pro Tour dreams a shot.