e are going to get our hands a little dirty this week. I often receive questions via various Internet delivery methods. Many of the questions are about the current Limited format or maybe a tough pick someone had to make. This week, I'm going to address one type of question that I get fairly often from newer drafters. Before we dive in, though, remember that all levels of drafter can benefit from a thought exercise now and again.

It's important to discuss all levels of strategic topics. Even if you have been drafting for years, it's just proper maintenance to revisit the inner workings of your decision process from time to time. It acts as both a refresher and a reminder to keep you from going off track with your fundamental Limited concepts.

We'll be discussing the value of a card this week. 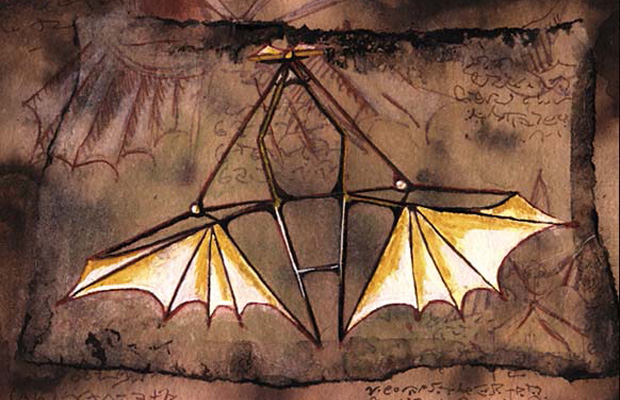 I've seen this every time Ornithopter or a similar card is printed. I'll be at Friday Night Magic or drafting on Magic Online and someone will play an Ornithopter. For those who haven't seen this lovable contraption, here it is:

Not much to look at really. It has flying, is a 0/2, and costs zero mana. Seasoned players simply look past it, or maybe pause to reminisce about the younger days of Magic. But they certainly don't pick it in Draft, nor do they play it in their deck.

Newer players, though? They love it. They can't get enough 'thopter action. The only real question is how many they can fit into a deck. When pressed as to why they want to play so many Ornithopters, they will explain, "Because it's free!"

At first glance, it's hard to argue with them. It is free to cast, after all. So why don't we run as many as we can get? The answer is both simple and complex at the same time, and it's called opportunity cost.

Opportunity cost is a phrase that economics students love to toss around. Here is a definition for it:

"The opportunity cost of a choice is the value of the best alternative forgone, in a situation in which a choice needs to be made between several mutually exclusive alternatives given limited resources."

Besides containing both the word "value" and the phrase "limited resources," this is a rough sentence to digest. To break it down into terms more relevant to our spellslinging needs, I would say this:

Before we sink our teeth in a bit deeper, let's diverge a little and talk about what a good card is and what a bad card is, in broad terms.

We discuss card evaluation often in this column, you and I. It's one of the core skills of a good Limited player, and it represents the greatest room for improvement for many players. If your card evaluation skills are fundamentally strong, your drafts and sealed deck builds will be better, and therefore you will have stronger tools to work with in the actual matches.

This begins with solid, fundamental card-evaluation technique. So it's important, and it's something we work on every week in this column.

Great. But let's take a look at it from a very high level.

If we were to spread all cards out on a massive spectrum of power level, we would see a few things stick out immediately.

At one extreme end — the cheap end — we would have cards like Ornithopter, Hunted Ghoul, Memnite, Merfolk of the Pearl Trident, and Sanctuary Cat. At the other end of the spectrum, we would see things like Emrakul, the Aeons Torn; Blightsteel Colossus; Enter the Infinite; and Omniscience.

In the middle is everything else from Grizzly Bears to Grave Titans.

First thing we notice: the extremes are generally undesirable.

Cards that are very cheap are usually very low-impact as well. Poor Ornithopter is the poster-child for this. It simply doesn't do enough on the board to justify playing, at any cost. Even free.

On the other end, the expensive spells do a heck of a lot to the board but almost never actually hit said board. Why? They are simply too expensive. The fact that these cards rot away in your hand while you attempt to build up the mana to cast them restricts how good they can ever be. Drawing one of these super-expensive mega-bombs is akin to taking a mulligan — never a good thing.

While we know that there are many forms of good and bad cards in this game, the extreme ends of the mana cost spectrum are usually excluded from the group of playable cards. Referring back to our Ornithopter discussion above, we can see that Ornithopter falls directly in one of these categories.

Let's link this up with the opportunity cost discussion. 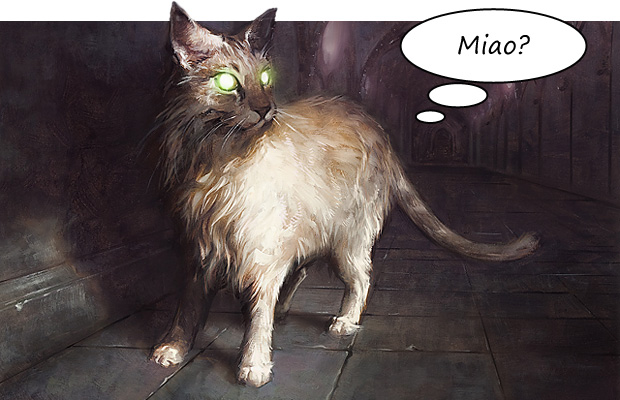 Emrakul is a better card, but Sanctuary Cat is the Kyoots! The choice is obvious.


We have determined that Ornithopter (I am using Ornithopter as the example card, but you can substitute any card in this category) isn't high-impact enough — regardless of mana cost. And we are trying to explain why this player shouldn't put it in his or her deck. We could stop there. We could just say, "It's not good enough as a card, so we shouldn't run it."

That would be fine, but it wouldn't tell the whole story. The real reason we shouldn't run it is because of opportunity cost.

As our amended definition says:

The real issue here isn't the Ornithopter; it's what the Ornithopter is replacing. In order to really show the player why he or she should take it out of his or her deck, we have to look to the sideboard and figure out what the player should run over it.

The original definition of opportunity cost provided the following as the stage for when using this tool is appropriate:

"...a situation in which a choice needs to be made between several mutually exclusive alternatives..."

It took me a while to realize that "mutually exclusive" just means "when you have to pick one or the other" or "when you can't have it both ways." It's that simple, really. And this sentence describes Limited Magic perfectly.

Every card you choose to put in your deck results in a different card not being played. You can't have it both ways; you must choose between two things, and the person who makes this decision better, more often, will win more.

If you think that the discussion in this article is to point out that Ornithopter is bad, you have missed the point. Ornithopter Awareness is just stage one of this lesson.

As you move up the scale, you will be able to apply this logic to situations that are much less obvious, even to the seasoned player. The key is to know the mechanics behind why cards like this are almost never playable, not to simply know that they aren't.

As you progress up the ranks you will see cards like Fog effects and pure lifegain spells in a different way. Fog can do some things, and gaining life is usually cool, right? Not when they are replacing solid cards in your deck. What about cards like falter effects (cards that prevent one or more of your opponents' creatures from blocking) or win-more cards (cards that generally only are good when you are winning the game anyway)? What about clunky combat tricks, poorly costed creatures, or conditional alternate-win conditions?

Every time a card of this nature makes it into your deck, you are choosing to play it over another card in your sideboard. Sometimes it will be correct, and sometimes it will not, but as long as you have the knowledge to understand what decision you are actually making, you will be better off and will win more games of Magic.

There are exceptions, of course. There is a time and a place for almost every card. Even Ornithopter.

It's up to you to decide when an exception is warranted. You have to approach this decision from a position of logic and reason and make the determination as you see fit. What we have discussed today will account for the majority of situations, but finding the exceptions is part of being a successful Limited player.

I have a challenge for you.

The next few drafts you do, I want you to treat the deck-build portion like a mini boot camp. You are the drill sergeant, and the cards are your would-be soldiers. You are preparing for the heat of battle, with lives (and booster packs) on the line. If this were real life, only the best squad of twenty-three soldiers would see the battlefield. Even if you really liked a couple of them, if they weren't up to snuff they would end up at home scrubbing toilets while you marched off with your chosen team.

Remember, every soldier that you take with you is replacing one that has to stay home. Choose wisely, and try to bring the best possible group with you to your first match. Be ruthless — it's your well-being and theirs you are protecting here.

I think you will see your decks improve steadily with this approach. And hey, winning is always fun, right?