Whenever You Need It

’m wary of including too many expensive spells in my draft decks. When you load up your deck with powerful but mana-intensive spells, it becomes very easy for you to lose before really getting a chance to play. Sure, your hand and your deck might be full of “great cards,” but if you die before you get the chance to cast them, then that doesn’t really mean anything...

I like building decks (in Limited and Constructed alike) that are full of cheap, easy-to-cast spells that put my opponent under serious pressure early.

Sure, I always want to have a finisher or two in my decks, but if I don’t get anything that’s particularly exciting I’m not going to try to force any expensive but underpowered (for their cost) spells into my deck.

However, these decisions have their own costs associated with them. While I’m happy to play aggressive decks in (just about) any format, there are, of course, problems that will (frequently) rear their ugly heads for me. Yes, I’m often able to kill my opponents before they stabilize, or as soon as I draw that last burn spell, or if I have an unanswered evasion creature...

But if I stumble by missing a key early land drop, or I draw into a string of lands during the middle of the game, or my opponent has some well-timed answers, I can be in a lot of trouble.

So how do I mitigate these problems and maximize my chances to win games where my opponent is able to keep up with me early?

Well, one particularly easy way to do it is by drafting cards like Vitu-Ghazi Guildmage...

Good All the Time

My preview card for this week is a cheap, cost-effective creature that just so happens to have the potential to singlehandedly take over any game where it’s in your deck.

Two mana is a completely reasonable price to pay for a 2/2 creature with no abilities. If you load up your deck with enough aggressive creatures and removal spells (and/or effective combat tricks) you’ll be able to win a striking amount of the time—even if your opponent’s deck is full of mythic rares.

Toss the ability to make multiple 3/3 tokens a turn onto that body and you’ve got yourself a powerhouse of a creature I am actively hoping to open, so I can first-pick it.

Draw Vitu-Ghazi Guildmage in the middle of the game and you can immediately craft a plan around it. If you’re worried your opponent has a removal spell, you might want to wait until you have the mana to play it and make a token in the same turn (so you at least get some additional value out of it). If you’re not that worried about your opponent killing it, you can cast it right away and begin making 3/3s the second you hit six mana (or even sooner if you have a token to populate).

Draw Vitu-Ghazi Guildmage late in the game when you already have a ton of lands on the board and it can hit the ground running, allowing you to quickly overwhelm your foe with your Centaur army. 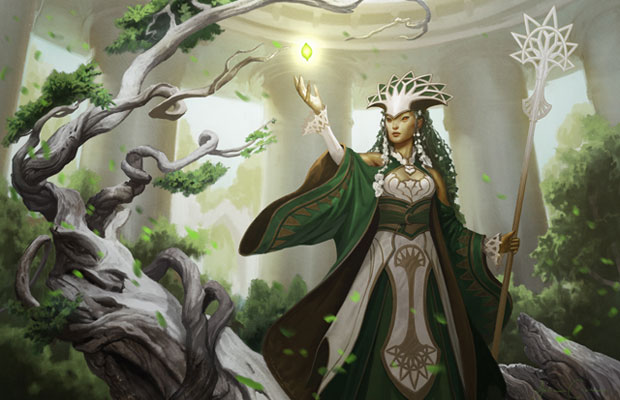 What To Do and Coming To Terms With the Situation

Just because you can play a creature doesn’t mean you have to. If you know something can win the game for you and you aren’t likely to attack or block with that creature earlier in the game, you can wait to cast it.

The fact of the matter is, Vitu-Ghazi Guildmage will win you stalemated games... but only if it survives.

So if you don’t have much early pressure and you aren’t worried about your opponent overwhelming you with an aggressive start, it might very well be worth it for you to wait to cast your Vitu-Ghazi Guildmage until after you’ve lured the removal spell(s) out of your opponent’s hand.

However, you need to be careful not to condition yourself to treat Vitu-Ghazi Guildmage like a six- (or eight-) mana creature all of the time.

Sometimes, you will need to trade your awesome creature for your opponent’s 2/1 with no relevant abilities. Other times, you will be able to punch in for 6 damage with your Vitu-Ghazi Guildmage and ultimately kill your opponent before you even have the chance to make a token with it. 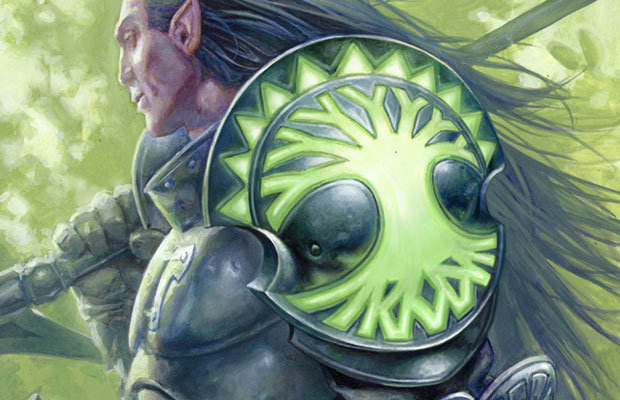 Do you have a lot of expensive spells in your hand?

If your mana is going to be tied up during the later stages of the game, your Vitu-Ghazi Guildmage should be fairly expendable. If you just need to survive long enough to win the game with your hand full of overpowered spells, you should make sure that you get the chance to cast them!

Do you have a lot of other cheap creatures you can cast?

If you can put a bunch of early pressure on your opponent without casting your Vitu-Ghazi Guildmage, you will probably want to wait to cast it. If you can use some of your other cheap creatures to act as lightning rods for your opponent’s removal spell(s) early, you’ll be able to take over the game with your Centaurs late.

Is your opponent playing a deck that doesn’t have a lot of removal? 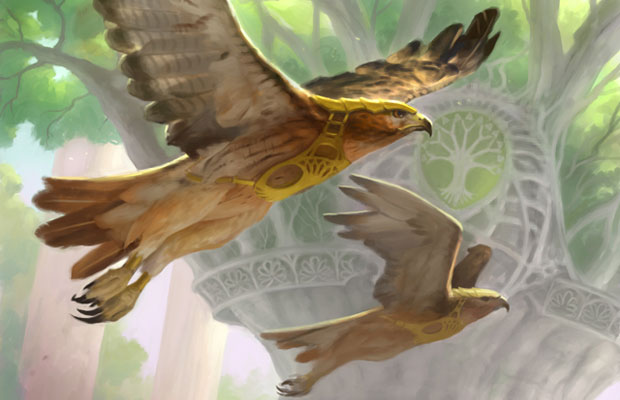 Eyes in the Skies | Art by James Ryman

While I’m primarily focused on the one combination of Vitu-Ghazi Guildmage + lands that will allow you to generate a bunch of Centaur tokens, there are already a couple of cards in the Return to Ravnica Card Image Gallery screaming to be copied by Vitu-Ghazi Guildmage’s populate ability.

Slime Molding (which, much like Vitu-Ghazi Guildmage, happens to be good early and late) is probably the best complement available at the time that I’m writing this article, but it certainly isn’t the only option.

Sure, it might not be that exciting to make 2/2 Knight tokens with Selesnya Charm, but there are way worse things you could do if you’re stuck on four mana. And it might seem a bit underwhelming to invest your mana into putting birds on things after casting Eyes in the Skies—but if the ground is cluttered, it shouldn’t take you long to peck your opponent to death with your army of flying 1/1s.

When the entirety of the set gets previewed, I’m sure you’ll find additional good tokens to copy—but even if you don’t end up getting any of those as-of-yet-unseen token generators in your deck, you shouldn’t worry. Vitu-Ghazi Guildmage can do plenty of work all by itself. 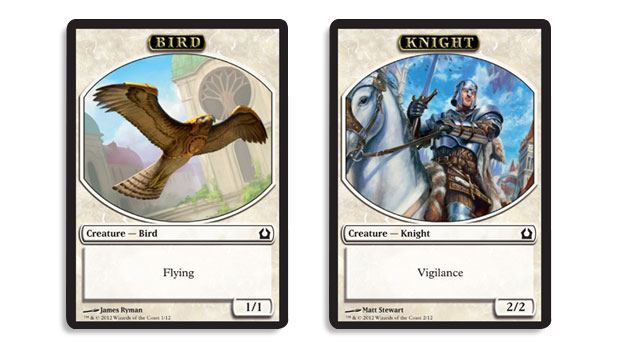 I’m confident that Vitu-Ghazi Guildmage will be a Limited powerhouse, but I’m curious if it has what it takes to make it in Constructed.

Is Vitu-Ghazi Guildmage good enough to build entire decks around? (This is probably a bit of a stretch, but maybe you can play it alongside Cackling Counterpart and Acidic Slime...)

Will Vitu-Ghazi Guildmage fit into aggressive decks as a card that gives you a bit of extra reach?

Or will Vitu-Ghazi Guildmage have to wait a while until it can shine in Constructed?

If you have an idea for a deck that can be built with Vitu-Ghazi Guildmage, post your decklist on the forums! Maybe you can convince me to play a non-red deck in Constructed for the first time in a while...