ello, and welcome to Magic Academy! This week we’ll look at the actual in-game protocol used in Organized Play events and elsewhere. 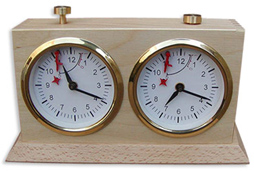 In tournament Chess players’ turns are so defined that it is possible to use a clock to measure how much time usage each player is responsible for. Simply, it is either your turn or it’s not, and the turns take a fair amount of time. In Magic, priority is much more difficult. For each player’s turn there are several of what play like mini-turns, since both players have chances to respond to each others’ spells at every phase and step and, in addition, each player has varying strategic incentive to play their spells during particular phases. While it is possible to manage this very efficiently on Magic Online, with a digital set of stops and a clock that can effectively count increments of only a few seconds, in a physical game a system of mutually understood efficiency is used.

Earlier, Ted Knutson explained the formal structure of a turn ("The Dynamics of a Turn"). Once you have that important first step understood, you'll need to know that in actuality, players don’t typically announce every step of their turn, pausing for their opponent to respond. Here’s what a typical turn of paper Magic actually looks like in practice.

Example: “Go; at the beginning of your upkeep, I’ll use my Icy Manipulator to tap your Forest.”

Example: “Wait; after you draw your card, still in your draw step, I’ll make you discard with Piracy Charm.”

As long as your opponent has cards in hand and mana untapped, or effects they can use on board, you should wait for their confirmation that they have no responses after playing a spell. If they are tapped out, and have no potential on-board effects, you can be more liberal about waiting; if they have some sort of unexpected response, they will stop you. Do remember, of course, that sometimes there are cards that can be played via alternative costs without mana (such as Commandeer), but don’t worry about it too much, unless you know your opponent to be playing one of these cards.

Technically, your opponent has a chance to play spells during your first main phase after you are done playing your own spells. However, since this rarely comes up, you don’t normally have to wait for this, or confirm that they do not have a spell to play, and can expect that they will stop you if necessary. Let me stress that there is rarely a reason to do something at the end of another player’s main phase, rather than inside their combat step, which is where tapping potential attackers is generally done, but it does occasionally come up in obscure situations.

For example, if you didn’t want your opponent playing Giant Growth in combat (after they see how you block for optimal use), and your opponent only had one Forest up, it would be wise to tap it at the end of their First Main Phase. If you waited until the Beginning of Combat Step, they could add a mana that would last them until the end of the Phase!

Be careful not to move so fast that your opponent doesn’t have a fair chance to stop you if needed. “Attack with Shivan Dragon—” “Wait, I’ll tap it with Master Decoy.” “Oh yeah.” Careful, if you rush to attack and tap your creatures too quickly, and your opponent stops you to play an effect, they will have the extra information of knowing how you intended to attack. Few players “declare their attack” every time, but it’s a good idea when you sense the possibility of an effect.

Declare Attackers: The protocol for this step is a bit counter-intuitive. Since spells aren’t regularly cast during this step, once you actually tap your creatures and say “attack”, if you don’t follow it up quickly, your opponent will assume that they have priority, and that if they wish to pass it they can immediately move to the Declare Blockers step and start blocking.

So, if you have an effect to play during the Declare Attackers step, say so immediately after you tap your creatures to avoid any confusion.

Example: “No taps? Ok, attack with my Shivan Dragon and, before Blocks, Dark Banishing your Suntail Hawk.”

Conversely, if you’re the one being attacked, and your opponent isn’t doing anything, you can generally go ahead and block safely. If you sense the possibility that they’re still thinking about playing a pre-Block effect, ask “Any effects before Blockers?” 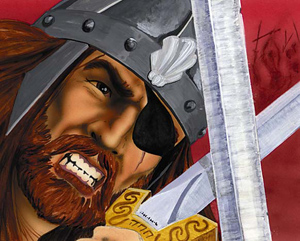 Declare Blockers: Especially in Limited games, but even in Constructed, this (and the following) step tend to be interactive places. Take your time here. If you have an effect, play it, and wait for a response. If, as the active player, you don’t have any effects, you can ask your opponent, “damage on the Stack?”, which indicates that you’re ready to proceed to the next step if they are. They’ll either agree, “damage on the stack”, or stop you “wait, I have an effect before damage...”

If it is obvious that Damage is ready to resolve (IE, turn 2 and two 2/2s are trading, or after an Opponent plays a trick and then is tapped out), go ahead and start resolving it.

Example: “No effects.” “After damage is on the stack, but before damage resolves, I will Unsummon my Yawgmoth Demon.” “Ok.” (Buries Shivan.)

“And at the End of Combat, I’ll use Desert on your Savannah Lions.” “Ok.” (Buries Lions.)

Same rules apply as with the first Main Phase, for the most part.

There are different reasons (both are fairly marginal... I outlined a case for the first Main phase earlier) that your opponent might want to play spells after you do during these phases rather than inside your Combat Phase, or during your End Phase. They don’t come up often, and expect to be stopped if your opponent wants to do something here after you’re done. 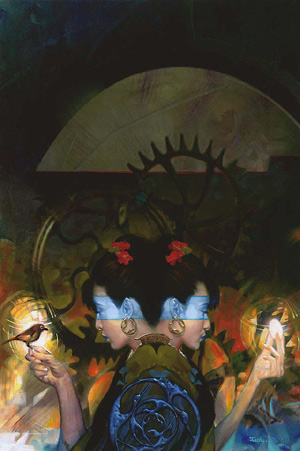 End of Turn step: Of course, barring any mandatory effects, or an opponent’s intention to play a spell or ability, you can end your turn whenever you wish simply by saying “go”, or “done.” Careful; once you vocalize your intention to end your turn, there’s no turning back if your opponent doesn’t do anything either.

While sometimes you will want to play an effect during your own End of Turn step, it is rare. If you wish to do so, announce that as you come into the phase. Generally, this step is reserved for your opponent, who now has a chance to play instants knowing that you can no longer play sorceries or creatures, and that they will get to untap soon.

Example: “Go.” “End of turn, I’ll ping you with Prodigal Sorcerer.” “19. Go.”
Cleanup step: Like the Untap Step, spells and effects can not be played during this step. It basically just happens. Note: if you’ve discarded because of maximum hand size, you’re in the Cleanup step, and it’s too late for your opponent to play any End of turn effects assuming they let you get to the point of discarding. If you need to discard because of the maximum hand size rule, it’s good to announce “I’m ready to discard. Any effects?”

So, to recap, with numbers 1-5 representing approximate frequency level of action on the step, this chart should help indicate where you should regularly pause for your opponent, and where it is more reasonable to proceed unless stopped.

Opponent’s frequency # only accounts for the spells/actions they generally want to initiate here, and not how regularly they respond to spells during this step (which depends on your number).

A few sticky issues to be aware of:

Hand-Off Attackers: I’ve seen this come up several times in high level play. The rule is, if you tap a creature and take your hand off, the attack is final. However, what happens if you tap a few creatures to attack, and then hesitate, with your hand still on a last one, as you decide whether or not it’s coming in too? This is a murky area, and occasionally an opponent will mistakenly think priority has passed to them. To avoid this issue and so many others, just be clear. “I’ll let you know when I’m done declaring attackers.” Or, “is that everything? No other attackers?” “Yep.” “Okay, I’ll play Simian Grunts...”

“Ok”: Ok can be an ambiguous word in Magic. You play a spell… your opponent says “ok…”, and you begin resolving it but, wait, “No, I just meant okay, to acknowledge that you’ve put it on the stack”, or “I meant, Ok, I’m going to counter that.” It’s a short casual word that we use without even realizing it.

Confirm: If you’re ever not sure where exactly you’re at, even if your opponent is thinking, you can always ask “what phase are we in?”

See you next week, when we’ll get back into the thick of strategy!