Seven Steps to a Better Mana Base

ello, and welcome to Magic Academy! This week we'll lay out some steps for building a mana base using the principles laid out in Introduction to Mana Base, Part 1 and Part 2. 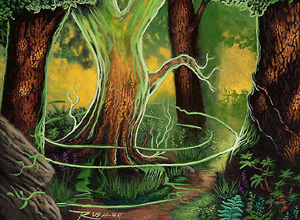 One important note before attempting to offer any sort of system for building a mana base is that mana bases resist systematic approaches. A deck's mana base is highly specific. It depends on a wide variety of factors - unique cards in the deck, unique ways that these cards interact, potential cards available in the format, and other decks in the format, to name a few. For this reason, any guide to building mana bases must be sufficiently general. Rules of thumb can help to an extent, but if you're aiming to get it right there is no secret formula.

Each mana base presents a new and specific challenge… but these challenges can be approached mathematically and are solvable. In this way, it's a bit of a grind. Many pros love testing draft theories or throwing new deck ideas together but dread having to work out a deck's mana. Others find it comforting; where theories can go awry, and metagame calls can make or break tournaments, working on a mana base improves a deck in a straightforward way.

Where to begin? While a deck eventually exists as 60 cards, mana and non-mana cards working together in unison, deck ideas tend to begin with non-mana cards. When a player is sparked to make a deck, it is usually by the potential of something like a powerful combo or approach to beatdown, etc, and rarely by a certain mana base. The mana base accommodates the rest of the deck.

This said, much compromise exists. Supporting Gravepact, Chlorophant, and Dawn Elemental in the same deck will, in most formats, be too obviously difficult to even be worth trying. When building a mana base, a player puts together a group of non-land cards, the support of which seems at least reasonable for a format (though of course chances can always be taken for the sake of seeing how far you can go), and then assumes the mana will generally work out.

Often, beyond the level of reasonable support, mana does figure in beforehand; a particular accelerant may be attractive (i.e., this deck will work as long as I can make use of the Invasion sac-lands), a particular nonbasic land's ability may be attractive (decks have been based around Scrying Sheets), and particular mana considerations might just be obvious (if you're only playing four Elvish Warriors in green, it might just be obvious to include four inferior cards in another color instead in the interests of mana). Basically, the non-mana cards kick it off, and then both aspects of a deck are alternately compromised until they work together as best as possible.

1. Make sure your deck is at least reasonable for the format.

In deep formats the multi-lands available can facilitate even extreme color requirements. In shallow ones (such as Block constructed, or Standard without Ravnica's multilands), fewer options exist, and you must be more sparing. In Extended, supporting Elvish Warrior and Foul Imp in the same deck (for example) might be feasible. In Standard, or a smaller format, this would be an obvious problem.

Do a quick check before even getting started that your non-mana cards look like they could work with any mana base you would be able to put together.

2. Determine, roughly, how much space you have for mana. 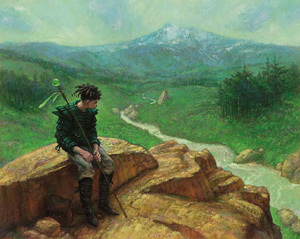 About how much space should we allocate to lands; do we need to trim any cards from our list, or should we add any?

Here are some considerations:

Often, players include the acceleration they know they want to use in a decklist, even before they approach the rest of the mana, and tweak it as necessary later on. 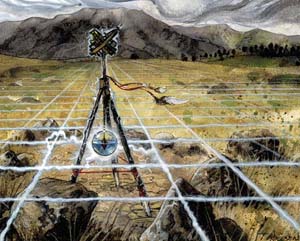 Yes, novelties crop up every now and then - decks that play fewer than 16 land, or more than 30 - but most decks play between 22 and 26 mana sources. (22 is the low end of cheap, dedicated aggro decks without acceleration slots, and 26+ is the higher end of control decks that make use of acceleration.)

Also keep an eye for anything specific about your deck (i.e., a certain card or cards), that inclines you to play more or less land.

Get a feel for about how many spots you should have for mana (and trim or add as necessary).

About how much colored mana will we need of each color to support our various spells? What proportion of lands should we play that provide each color? How many, and which, multi-lands will we need to use, if any? Will we have room for colorless-mana lands with abilities?

Here are some considerations:

Also be sure to factor in spells that provide incentive for playing a certain color of mana, such as Frozen Shade.

The basic principal behind fulfilling color requirements is this: You want to be able to play all the spells in your hand. What this means is that, even if you only play two white spells in your entire deck, when you draw them, you want to be able to play them. If you played a proportional amount of white mana, the odds that you'd draw both the mana and the spells would be slim. Instead, we play enough white mana to be able to play the spells most games, even if we end up not drawing them. A white card in hand with no white mana in play is (basically) useless. A Plains in play but no white card in hand still does something significant.

Considering we see either 7 or 8 cards by our first turn, and we play a 60 card deck, if we want to see a Plains, on average, every game, we should play at least 8 - fewer when we consider a splash card's mana cost is usually high, but more if we want to have a buffer.

8 mana sources is on the low end of what you need to support even the smallest splashes. Even if you only play 1 actual Plains, you could also play 4 Rampant Growth, and a few Signets, or take any number of other approaches.

Conversely, considering the same information, even for a main color with plenty of cards and mana symbols, 16-24 sources might be more than enough support.

Again, remember to take specifics of the deck into account.

Get a feel for about how many mana sources you'll want dedicated to each color. (And remember, some mana sources can satisfy all colors at once - at a price!)

Now that you have an idea of the amount of slots you have, and the amount of color you need, take a first shot at putting together a mana base.

A goal you set for yourself might look like this: I have 26 slots for mana, and I want to devote 3 to acceleration. I want to fit in 10 white sources, 20 blue sources, and 13 red sources. What would this look like?

Make sure you consider all of the lands available in the format, as well as acceleration and fixing. If a land is a particularly good fit (for instance, Karplusan Forest in a R/G deck), you can put it in right away. If you're overloaded with "particularly good fits," evaluate what actually works best.

i. Which multiland to use? (Adarkar Wastes, Hallowed Fountain or Azorius Chancery)

The specific deck plays a huge part here. All of these lands produce blue and white mana - which one's drawback is easiest on your particular deck? Often, the cards' power levels are close enough that a compromise is the best solution - an Adarkar Wastes and a Hallowed Fountain in an opening hand gives you more options than two of either.

ii. What mix of multilands to use? (Adarkar Wastes, Shivan Reef, Battlefield Forge)

Sometimes, if the deck has no real specific demands, these lands will be basically interchangeable. (Adarkar Wastes + Mountain vs. Shivan Reef + Plains). And, again, having a Shivan Reef and an Adarkar Wastes in hand gives us more options than having two of either; all things being equal, mixing is good.

iii. Which basic land to use? (Mountain, Plains, Island)

If you find your mana requirements very easily satisfied, you will want to consider either adding nonbasic lands with abilities or incorporating a splash color that affords your deck increased power and versatility.

Take a step back and look over the mana base in relation to the deck. Is it working?

Any number of things can be adjusted. You can either take another shot at the lands themselves or head back to the core decklist and try to make it more tenable. 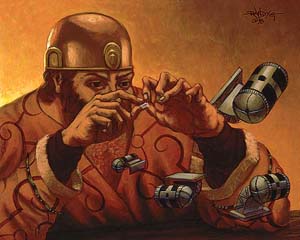 Try again and repeat as necessary.

The final step can take place after some actual playtesting. Do certain issues continue to come up? Is a certain card consistently stuck in your hand? When you notice these things it's time to head back to the drawing board for tweaks.

Join me next week for our final chapter in this series: a mana base walkthrough using these principles with an actual deck. Post your rough decklists in the forums and I'll choose one to tackle.