What is the Metagame?

Writing articles in sequence is an important part of this column, but from time to time we like to throw something in somewhat out of order to keep the column interesting, show newer readers the kind of depth coming down the road, and, most importantly, open up whole new paths for exploration for those of you who are ready for something more advanced. Given that, this article will reference more topics that we haven't covered yet than 'normal' articles, but hang in there, as when all the dust has cleared we'll certainly cover all of it, and you'll know a hell of a lot more about the game in the process.

everyone, and welcome back to Magic Academy! I hope you enjoyed your holiday. Today we're going to look at what is termed the metagame.

The metagame, essentially, refers to what everyone else is playing.

A game of Constructed Magic has (at least) two players. At least 120 cards are active. While you have full control of the selection of your own cards, your deck never exists in a vacuum. One half of a game of Magic is a constant, and the other is a variable that changes with every opponent. The consideration of this variable, in deckbuilding, is a consideration of the metagame.

Let me give you a basic example. Every week Elliot plays against Shawna, with her Goblins deck, and Kendra, with her Burn deck. Here, it is clear that, rather than playing a deck that is good in a general sense, it is most important to play a deck that is good in the specific sense; whatever beats Goblins and Burn the most. That this fact motivates the deck Elliot choose to play, the cards he choose to play in it, and the amount of them he chooses to include, is a consideration of the metagame.

In tournament situations, the metagame is rarely so clean cut. Fields are larger and less defined. Rather than a small amount of friends playing a few exact decks, it's a mass of strangers playing decks that fall somewhere between predictable and unpredictable. 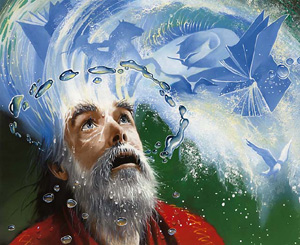 What exactly happens in these big, real, cases? Let's say that I suddenly announce a new Constructed format, Core Set Only Constructed, and open it up to a large number of active and interested tournament players. At first, collectively, players will not have a sense of the natural best configurations of cards – the strongest synergies and most effective strategies. As one player makes a breakthrough, so will others. With time, and often word of mouth, these naturally good decks become better known, until sometimes it is thought that a format's best decks are mostly evident. We can call this factor format definition.

Another factor is also playing out. Beyond just learning more about a format itself (a collection of cards), a player also becomes increasingly aware of the specific decks other players are making. This motivates him not just to design a better deck in terms of stronger general strategy, but also to factor in what these other players are doing, so that he can beat it. This is called skew.

These are the two primary scales used to assess a metagame.

A metagame can be defined, undefined, or somewhere in-between. 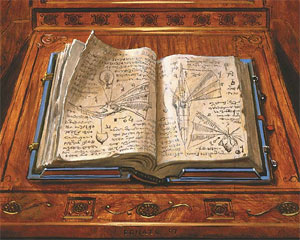 A defined metagame is one where it is generally clear what decks will be played, and the proportions in which they will be present. This can be by word of mouth, tournament trends (if a deck did well in a largely publicized tournament last week, you can expect to see it this week), or by the sheer obviousness and strength of a potential strategy. Elliot's case is an example of a perfectly defined metagame. A more realistic example would be a late-season National Championship tournament. Since these tournaments happen week by week, the influence of “tech” (defined in our Magic slang dictionary as “secret cards or information that help a player win”) is diffused, and players are able to generally predict what they will see at their own tournament by what was at last week's tournament.

An undefined metagame is one where it is unclear what specific decks will be played, or the proportions in which they will be present. This is generally seen in new formats:

A middling metagame is one where the decks and proportions of them are only somewhat predictable. An example of this would be the Standard-format State Championships after a new block is released. Many familiar decks are still viable and will be played, but there will also be some surprises.

Beyond having a sense of specific decks that will be played, it is also possible to have a sense of general trends. This is skew. 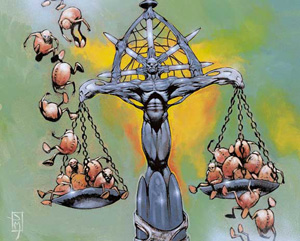 There can be skew in a specific sense. For example, after a few years of playing in the tournament, I observed that more players at Canadian Nationals play controlling decks than the general metagame would seem to predict. Or, at a Pro Tour, the highest level of tournament play, you can expect to play against at least as many combo and control decks as the metagame would predict, since top-notch players will not shy away from them no matter how complex, whereas Pro Tour Qualifier or casual players might; PTQs and casual tournaments skew away from the most complex decks.

There is also skew in an overall sense. This is what tournament players often mean when they refer to “metagaming”: the consideration that others know what you might do to adapt to a given metagame, and the subsequent attempt to go one step further. I might notice, from weekly PTQ Top 8 lists, a general increase in the number of control decks doing well. This indicates certain information to me about next week's potential field: it will skew in the direction of more control decks (since they are doing well), and decks built to beat these control decks (played by other players who have observed the trends). With this in mind, you might attempt to bias your deck towards beating both. The metagame – what everyone else is playing – can change a lot in even just one week if enough information is available!

Your assessment of the metagame, whether it is defined or otherwise, will inform deckbuilding decisions. Let's look at what exactly different assessments for a local tournament would suggest.

Defined Metagame: (You pretty much know most of the different decks people will be playing, and about how popular each deck will be.)

Here you will want to prioritize making your deck good in a specific sense.

You are able to make a laundry list of decks to beat, and cards to beat (e.g., your creature deck might only have to be robust against Wrath of God, and not Wrath of God, Wildfire, Earthquake, and other mass removals spells that may not be played in a specific field). You will also be able to playtest against the expected opposition to see how your deck is doing in a very relevant sense.

This information will allow you to make:

The better the grasp of a metagame you have, the more calculated a risk you can take by playing an extremely specific deck. For instance, at last year's Pro Tour – Honolulu, Tiago Chan played a Blue-Red Howling Mine / Burn deck that had less than a 5% win rate – ludicrously low in the world of tournament Magic – against aggressive Red decks, a relatively common archetype. However, it had a high win rate against control decks. Tiago was able to assess the field (it was defined thanks to prolonged availability on Magic Online and having been used at the World Championships a few months earlier) as having a low enough quantity of aggro red decks, and a high enough quantity of control decks, to justify playing this deck. He took it all the way to the Top 4 before finally meeting a red deck.

In short, the more defined a metagame, the more you will be able to hone your deck.

Undefined Metagame: (You're not really sure what people will be playing, or what will be popular.)

In the case of an undefined metagame, you're going to want your deck to be good in the general sense. This means, you'll want it to be good along the general principals of Magic (robust against a number of strategies, very efficient mana curve), and not as an exact reaction to a set of specific decks.

Middle-ground Metagame: (You have a rough idea of what people will be playing.)

In this case you'll want to combine principals from the other possibilities.

On the one hand, you should be able to make educated decisions and craft a sideboard that has some specific functionality, on the other you will likely be unable to go to extremes.

Specific Skews: (You're playing in a tournament at a store where players really like combo decks.) 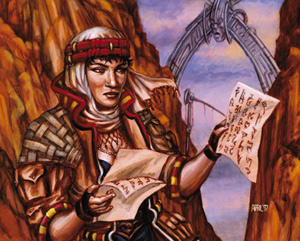 Here, your general sense of a metagame (say, what Standard is like now in general), especially if undefined, is modified for a specific case.

You don't know exactly what combo deck they might show up with, but you can factor in an increase in combo decks. This means that you should bias your deck towards combating general combo decks, but should avoid combating any particular one (if it would mean the inclusion of a different card).

Meta Skews: (Last week all the burn decks did really well, and everyone knows it.)

Effective management of this factor involves an awareness of and ability to process recent trends, as well as the ability to process the fact that certain other players are also aware of these trends (this is the aspect of mind game involved).

If you're aware that burn decks are going to increase in popularity, you'll want to bias your deck/card choices towards beating burn. If you're aware that others are also going to do so, and you're able to predict how, this is another thing to keep in mind. You might even think that because of the sheer prominence of the first fact that no one will even bother with burn at all anymore and move straight to the decks (or deck) that beat it, and so you would focus especially on beating these decks, etc. If Rock's popular, do you play Scissors, Paper, or even Rock?

One thing to remember here is not to overcompensate. Firstly, the way information travels and is processed in a short time in Magic varies. Some will have little or no information about recent trends, some will react to them in unpredictable ways, and others, despite knowing, will opt to stay with a deck they know as they know it. The metagame skews gradually. Even in the most extreme cases I don't think any one deck has occupied more than 40-50% of a large tournament. In general, that percentage is much lower. Playing a deck that only has a good matchup against the big deck is an insufficient strategy.

That's it for this week. Join me next week for a more detailed look at some of what we talked about today.