We have some big announcements covering the digital Premier Play system, how that plugs into the highest levels of tabletop play, as well as new opportunities we have in store for both MTG Arena and Magic Online. Check out The Digital Premier Play Path article for all the details!

If you want to get an early tabletop taste of the set, head down to your local game store for the Prerelease events April 22–28 to play in-person Sealed matches! 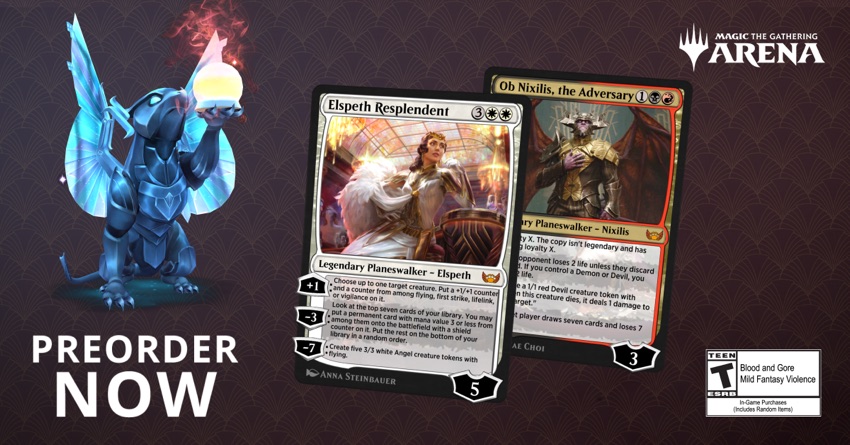 Whether you're a competitive or casual player, don't miss your opportunity to get a head start on collecting the new set by grabbing one—or both!—of these preorder bundles for Streets of New Capenna before they disappear on April 28:

The Tinkerer's Cube is happening now through April 28. Draft three 14-card packs for Best-of-One and Best-of-Three matches with a chance to win gold and Historic individual card rewards! This is a Phantom event, so drafted cards are not added to your collection.

Find out more, plus the full card list and updates, in the Tinkerer's Cube article.

Early Stream Access: Get a Peek at Streets of New Capenna Play!

Catch your favorite Magic streamers playing with Streets of New Capenna before it comes out! Tune in to Twitch on April 26 for a 24-hour celebration of the new set and follow @MTG_Arena for the latest on #MTGCapenna!