When we launched the Wide Beta for the new Magic Online game client in September of 2012, we knew there was a lot of work remaining before we could replace the current version. For those who have downloaded the Wide Beta, played some games, and given us feedback, thank you. Your input has been, and continues to be, very valuable. Our latest survey and feedback results show that we are moving in the right direction and we are excited about the future of Magic Online.

During the downtime on Wednesday, April 24, we are deploying our next major update to the Wide Beta client. Check out Ryan Spain's article tomorrow for the details, but with adjustments to the Duel Scene, Chat, and Trade, plus improvements to stability and performance, this update gets us closer to our ultimate goal of removing the Wide Beta tag and shutting the door on the current version of Magic Online once and for all.

Back when we announced the Sneak Peek, Ryan Spain outlined our three-stage transition plan—Sneak Peek, Wide Beta, New Client Launch—and right now we are in the home stretch of Stage Two. Our plan is to transition from the current version to the new version of Magic Online in the middle of July, before the core set release. With the progress we have already made and the development plan in place, we believe a July switchover is a reachable goal and are excited for a future where we are only supporting one version of Magic Online.

Right now, one of our biggest hurdles is getting players to try the new client. We know that, of the players who try the Wide Beta each week, nearly 70% of them use it as their primary client. Unfortunately, only 30% of Magic Online players have given the new version a try. For a transition to the new client to be successful in July, we need more players to try the Wide Beta and give us their feedback, which leads us to...

A Spotlight on the Wide Beta

Before the Wide Beta began, we launched a Sneak Peek of the new client so players who were interested in the future of Magic Online could check it out. This limited trial of the new version of Magic Online really showed off where we were headed and gave us great feedback that helped us prioritize the work we needed heading into the Wide Beta. 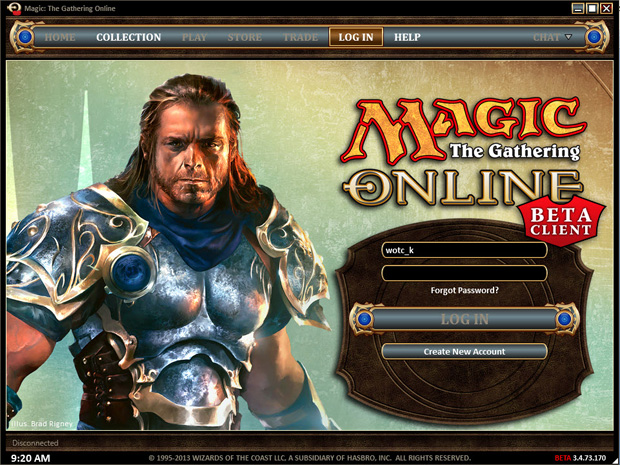 As we move forward, we want to encourage even more players to download and play the Wide Beta in preparation for the upcoming switchover. This also ensures that players have ample time to let us know what they like or dislike about the new version.

Since the new client has been available to the general public as a Wide Beta for several months now, we obviously won't be able to repeat the Sneak Peek experience. Instead, we are hosting a Wide Beta Spotlight starting after the downtime on May 8 to last until May 10 at 10:00 a.m. Pacific.

The current version of Magic Online will be available starting at 10:00 a.m. on Friday for those who still prefer it, and those players will still have the same amount of time to play in the Dragon's Maze Prereleases as they did with Gatecrash.

We don't want players to wait until May 8 to try the Wide Beta, however. You can download the Wide Beta client right now (or after the update on Wednesday, if you prefer) and get started learning the new features and layout. This lets you familiarize yourself with the ins and outs of the new version so when you join a Dragon's Maze Prerelease event you can focus on the awesome new cards and not on learning the Wide Beta interface.

If you need a little extra incentive to try out the new Magic Online, players who have downloaded the Wide Beta version can use the following Magic Online promo code to get a full-art Dryad Militant: WBSpotlight 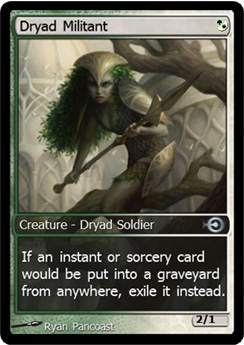 Just head to the store in the Wide Beta version of Magic Online, enter the code in the bottom left corner, and click submit. Hurry, though! This promotion ends at 10:00 a.m. Pacific on Friday, May 10. Check out the full details of the promotion below.

When looking at what has been delivered, as well as the changes we know are coming down the pike, we are happy with the basic design of the Wide Beta. This in no way means we think it is perfect and don't need to make additional changes, but we do believe the Wide Beta is better than the current version in many regards.

As is the case with all software products, however, as we close in on our target release date we will have to make some difficult decisions about which features or designs are required for release and which can be postponed. Right now, we are finalizing our required feature list and will be pencils down on the first iteration of design in the next few weeks. Having a defined final list of features lets us concentrate on refining the client and getting it ready to replace the current version.

In addition, while we would like to be able to iterate on the client until it is perfect, that just isn't reasonable, and we have to draw the line in the sand somewhere. Splitting development resources for two separate clients isn't sustainable, and the efficiency gain from having the entire team focus on one version is immense. Once we have a single team again, our ability to iterate on design and deliver stable features just gets better.

After the feature list is locked down, we know our primary focus must be performance and stability, and we have already started targeting the most common crashes and most egregious performance issues. Limiting new design integration during this time frees up our development and QA teams to really tackle these issues without worrying about major changes to the client impacting their work. We hope to see great strides in the weeks and months leading up to the transition.

We will reserve time after the transition to focus on the inevitable firefighting that accompanies the official release of a new product, but we will start adding and improving features as soon as we can after launch. Since the majority of the performance and stability work leading up to launch will not require design resources, however, the design team will start working on the major feature updates that we need to tackle after we turn off the client.

This design work includes continuing to refine and update the Collection, Play Lobby, and Chat, while finishing up changes to the Duel Scene that did not make it in before the transition. We have added a couple new members to the Magic Online design team, including former Limited Resources host and game designer Jon Loucks, and we are excited to start work on this next stage of design.

As always, this process will require your continued participation and feedback. We have said it several times before, but it always bears repeating: this is a collaborative effort and we want the community as involved as possible. Your continued input helps us prioritize the issues important to the public, indentifies features that need additional work, and helps us create a Magic Online everyone is happy with.

Thanks for your time, effort, and feedback, and have fun with Dragon's Maze.


Redemption Code Promotion Terms
Offer is good for a license to use one digital promotional version of the Dryad Militant card. Offer expires at 10:00 a.m. Pacific Time on May 10, 2013. Offer is not valid for cash or cash equivalent. Offer is valid for redemption by account holders whose billing address is located in the United States only. Only accounts in good standing may take part in this offer, and each such account may redeem the code only one time. Offer is non-transferable and use of the code in unauthorized advertising, marketing, sweepstakes, or for other promotional purposes is strictly prohibited.