ello everyone. The Magic Online Wide Beta has been up and running for more than three weeks now (if you haven't heard about the Wide Beta, read Ryan Spain's article from September 4) and I just wanted to give you all an update on our development progress and what is in store for the next few weeks. Before we get into the update, however, I want to thank all of you who have downloaded the Magic Online Wide Beta and shared your thoughts with us, whether it has been on Twitter, on the forums, or through the new feedback form. This interaction is critical as we work to deliver the best possible Magic Online experience possible.

Even with all the input we have received, however, I cannot emphasize enough how important it is for players to continue to check out our progress and tell us how we are doing. We have received a lot of feedback, both positive and negative, and we have already used it to adjust design and development priorities, whether through validating design decisions or identifying problem areas that need immediate attention. As we make additional changes or add new features, this discussion with our players becomes even more important.

If this effort is going to be collaborative, however, we need to make sure that we share information as well, so players can stay up to date on what is happening with the Wide Beta. So without further ado... 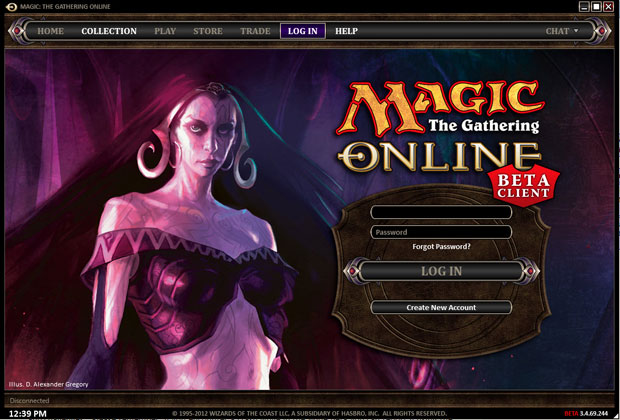 During Wednesday's downtime, we deployed the first significant update to the Wide Beta since its public release on September 4. This update focused primarily on stability, performance, and the updating collection scene.

Stability is our number-one goal as we progress through the Wide Beta. As much as we would like to add features as quickly as possible, we need to ensure that we don't introduce bugs that can crash the client or disrupt a player's experience. When we do find common issues that can cause crashes, they are added to the top of the priority list. This update fixed several issues that resulted in crashes when encountered, including several relating to chat and challenges. Please remember, if you encounter a crash while in the Wide Beta you can report it using the normal reporting process. Provide as much detail as possible.

Following closely behind stability, our second priority is performance and ensuring that the client runs as smoothly as possible. Wednesday's update includes additional performance improvements in the collection scene, especially in filter selection, to make things snappier. As we move forward, we will be looking for other ways to improve the performance of each of the game scenes, particularly collection and duel scene.

During the Sneak Peek, we asked players to fill out a survey about their experience and how it compared to the current client. We used these surveys to identify the areas that players felt were confusing, didn't meet expectations, or were not as useful as what existed in the current version of Magic Online. We addressed a few of those issues—such as red zone movement, the card preview pane, and remembering players' settings—prior to Wide Beta, but there is still much to be done. One of the areas that received a lot of feedback on the Sneak Peek survey was collection, and Wednesday's update takes the first few steps to address some those concerns.

One of the big changes is the elimination of the checkboxes for power, toughness, and converted mana cost. Instead, players will use sliders to select numerical ranges. This greatly reduces the amount of space required to display these filters and should make them much easier to use. Now, for example, you can search for all the creatures that have a converted mana cost of 6 or less, have a power between 5 and 8, and have a toughness of at least 9.

In addition, the quantity dropdown has also been changed to a slider, letting you display cards by the number you have collected. The slider can be set to show a single number or range of numbers, which is particularly useful both for deck building and binder management. Looking to fill a trade binder with all your extra cards? Set the results range to be 5–20+. Want to see what cards you don't yet have a play set of? Set the range to be 0–3. 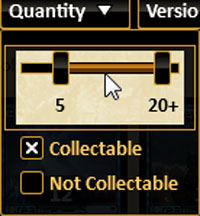 Beyond adding sliders, we have started adding additional functionality to filter selections to make it easier to use. Now, when you highlight a filter, the entire row is clickable. In addition, you can right click on a filter to deselect it and select all the other options in the filter set. We have also moved the search field inside the filter area and made it so when you clear your search term it does not reset your other filters.

One Step at a Time

Moving forward, we will generally focus on one or two scenes at a time. Our priority based on the Sneak Peek surveys looks something like this:

This general framework lets us target work in an ordered way, but is not set in stone. We will adjust the priority of certain features or bugs as we receive additional feedback from the community. For instance, even though the next update is collection focused, we are currently redesigning how searching a player's library works because we have received so much feedback on it.

Our next major update is scheduled for the end of October, after the Return to Ravnica release period is over. During this time, we will continue to focus on the collection, since there is still a lot to be done. Areas we really want to address with the next update include the long-awaited return of list view, adding quick filters for color, improved text search functionality, and redesigning the deck-importing system. We will also be tweaking some styling issues and working on improving card display.

After collection, we will be targeting the duel scene and play lobby. There are lots of things on our radar here, including looking at additional ways to address how often cards move on the battlefield, how we treat the non-battlefield zones, and ensuring players are clearly informed of where they are in the turn. We also want to look at ways to improve the multiplayer experience, including how we treat the command zone.

When we look at the play lobby, we want to ensure players can find games as quickly and easily as possible. We are looking at ways to redesign the basic flow so it is even easier to start a game. In addition, we will be adding more information, like user names of all players in an open play match and the game results display, so players can make better decisions about which matches or tournaments they want to enter.

We will also be looking at ways to improve both chat and trade, although I want to reiterate that we'll continue using a classifieds system for the foreseeable future. Significantly overhauling the trade system is a major effort on its own and is outside of the scope of this redesign effort. That said, we will be looking at making meaningful improvements to the way we present the classifieds and how players can interact with them. The same is true of chat. While it is better than it was early on, there is still design work to be done on the chat interface.

At the risk of sounding like a broken record, we really want this to be a collaborative effort, so we can deliver a game our customers are happy with and feel like they have ongoing input in. While everyone can't possibly get everything they want, we know that by getting your feedback early and often we can create a product that is better than any previous version of Magic Online. If you haven't checked out the Wide Beta yet, please do, and let us know what you think.

Until next time, thanks for your support and see you on the Wide Beta. Oh, and here is a preview of one of the new themes we will be releasing with Return to Ravnica. Have fun! 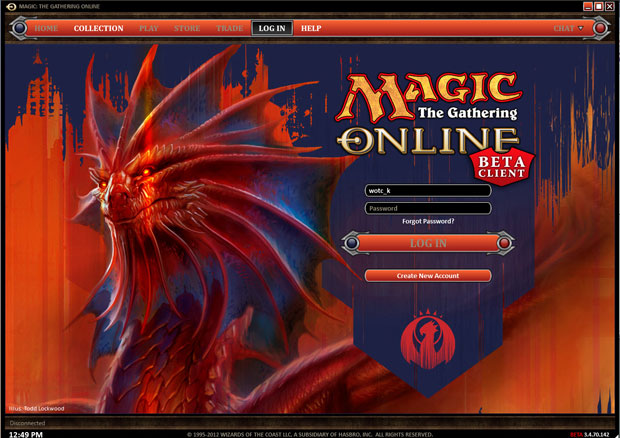