Welcome back to the core set! This revitalized annual tradition is one of Magic's oldest: a set focused on the heart and fundamentals of Magic, packed with reprints of sweet cards as well as introducing some instant classics. This year's Core Set 2020 is themed around Chandra, and you can check out all the cards in the Card Image Gallery. The Release Notes may also be of interest.

Due to the Independence Day holiday here in America, we're launching early on Tuesday, July 2. Once downtime is over, we'll have all the Core Set 2020 events you can handle ready to go. Both Sealed and Draft will be available immediately.

As with all new sets, the downtime is when legality changes. Reprints that Core Set 2020 introduces to Standard (like Overcome) are going to be legal in Standard again as soon as we're up and new cards will be playable as soon as you acquire them.

This update also brings with it the return of the London Mulligan, which has had a few UX improvements since the test back in April. In accordance with R&D formally adopting this mulligan for all of Magic, it will apply to all Magic Online games in all formats.

In addition, we're making some more tweaks to our event structures for M20's release, so make sure to check out the changes below. We're aware that some players are unhappy that the Open Play section of the Play Lobby has been restricted to single-game matches. While you can check out the philosophy of the changes with Chris Kiritz's Tumblr post, we have been discussing possible changes. As far as what those changes might be and when we would deliver them, there's nothing to announce just yet.

Pauper is one of the most popular formats on Magic Online, and we couldn't be happier that it's now formalized into a single format. With this, many cards that were printed in paper at common will now be legal in Pauper, even if they weren't printed in a MTGO set at common. You can see the full announcement here.

Magic Online has over 18,000 cards implemented and available within the system. For most purposes, this is more than sufficient to allow a full range of brewing and creativity. However, with the expansion of Pauper, we recognize that this might not be true for what this new evolution of the format becomes. There are slightly more than 300 common cards not in the Magic Online system. Most of these are probably not going to be relevant to any semi-competitive deck in the format, but Magic players tend to be a clever bunch and find unexpected uses for cards. If the format evolves in a direction that includes cards not yet on Magic Online, we'll explore ways to deliver them as quickly as we can.

Players with concerns about specific cards (or any concerns, really) are welcome to email us at MagicOnlineFeedback@wizards.com. All messages are read by the Magic Online leadership team, though, we cannot promise a response.

The Horizon of Modern Horizons

Modern Horizons events are going to continue through the first half of Core Set 2020 season. They'll last until Wednesday, August 14, and end with that morning's downtime to introduce Commander (2019 Edition) cards to the system. The Modern Horizons Bundle, however, is leaving the store on Tuesday with the Core Set 2020 downtime, so if you're interested in purchasing it, do so soon. (The individual Modern Horizons Token will remain, so players with any number of those tokens can get enough to play in more events.)

Modern Horizons cards have been shaking up Modern events, as expected. Snow lands are everywhere, Hogaak lurks in many graveyards, runes are being given, groves are waterlogged, and so on. These cards and some of their Modern Horizons kin may eventually make their way to Treasure Chests with a future set release, but that release would be sometime after the release of the fall set, code-named "Archery."

Starting with the Core Set 2020 season, we're changing how we award Prestige Avatars. Rather than count up your trophies in each League independently to see if you meet any of the various thresholds, the new system lets us award prestige avatars based on your combined play, and it does so with a pair of new trophy objects.

Some events will award Friendly trophies and some will award Competitive trophies. For events that award trophies, you'll be able to find out which are awarded in the event's prize structure. Note that some non-League events will now award trophies, so you'll be able to earn Prestige Avatars from Cube play now! You can find both trophies as digital objects in your collection, so you can keep track of what you've earned without reviewing every event or League you've entered. At the end of the season, when the next Standard-legal set comes out, we'll count up your trophies and award the avatars using a new point system.

If you get to 5 points, you'll earn this Golos, Tireless Pilgrim Prestige Avatar. 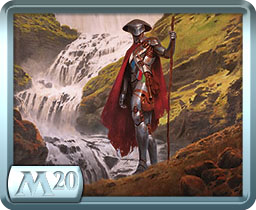 If you get to 20 points, you'll earn the Omnath, Locus of the Roil Prestige Avatar as well. 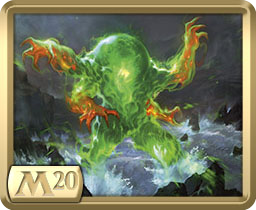 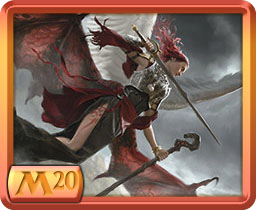 Trophy counts will still be displayed for each individual League on the Leaderboard. Players at the top will retain their bragging rights, and the Top 5 of each League will still have their avatars shown off (especially great when you can use a Prestige Avatar to demonstrate mastery over multiple seasons!). This new system is simpler and offers more flexibility in how players earn a Prestige Avatar, and we think players will appreciate being able to get closer to a Prestige Avatar from a variety of play modes.

We are generally happy with the current state of Treasure Chests. There are some small updates to the Curated list, which will be posted on Tuesday at the Treasure Chest page, but, fundamentally, they're still the same Chests you know and love.

We are changing the Treasure Avatars. The MH1 and WAR avatars are going away, replaced by a couple of smol animals. 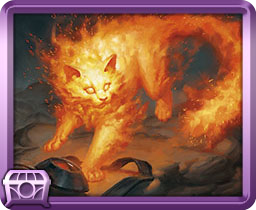 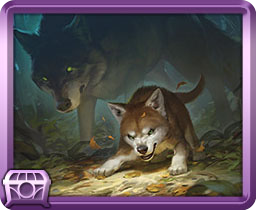 Some players may ask "Why return to a queue when Leagues are so much more convenient?" Our main goal is to ensure that players can complete each event they enter. While this change incurs the cost of needing to play up to three matches in one sitting, players are guaranteed to get all their matches for each event they enter. The new Play Lobby also means that it is easier to find each of the Draft types, and we think this discoverability will help ensure the queue has critical mass. In addition, this change marks the return of in-pod Draft play, which we know some players prefer.

Schedule: This queue will begin on July 2, at 10 a.m. PT. This queue is planned to run until the release of the next Standard-legal set in September.

There's a lot going on this season, but it's not quite as crowded as War of the Spark season was. It helps that there's no huge new exciting draftable Modern-legal set dropping in the middle of the season that we have to account for. That means there are a lot of sweet things to do over the next few months.

As always, we invite you to share your thoughts and concerns with us at MagicOnlineFeedback@wizards.com. Getting your opinions, whether sent to us via email or posted on Reddit or Twitter, is an important part of the continuing development of Magic Online.

Thanks for reading, and happy gaming!