Welcome back, Magic Online enthusiasts—we hope your summer (or winter, depending on your locale) has been full of fun and games!

To kick off Magic: The Gathering's 30th Anniversary year, it's time to travel back to the beginning with lots of familiar legendary faces—the plane of Dominaria!

Once we come up from the maintenance period, the Standard format will have rotated: Zendikar Rising, Kaldheim, Strixhaven: School of Mages, and Dungeons & Dragons: Adventures in the Forgotten Realms will exit the stage to Pioneer. This leaves the following sets legal in Standard:

Starting with this set, we are going to offer a limited-time Best-of-One League in addition to our normal Limited offerings. For this first try, it will be Draft.

Sometimes you only have time for a quick game or two between classes, during lunch, before you head out, or after the kids are asleep. If this is your style, give this League a try!

Please note that this League will only be available for the first two weeks of Dominaria United's release, so get your reps in while you can.

Structure: Draft, then play single-game matches until you reach either 7 wins or 3 losses.

More players have been joining us for the first steps of Magic Online's Premier Play.

We recently reduced the cost of Constructed Preliminary events from 30 Tickets to 20 Tickets to make them more accessible. Also, we are trying out additional opportunities to play Limited events with greater prizes at stake presenting our new Limited Challenges!

Structure: Sealed Deck of the latest Standard-legal expansion, then a fixed number of Swiss rounds with no playoff.

Booster and full-set prizes are of the latest Standard-legal expansion.

These events replace the Limited Preliminaries that were in those time slots.

As an additional step to fight win traders—bad actors who are intentionally self-pairing in some Magic Online leagues to manufacture profitable win-loss records—we are eliminating the "Join Match" confirmation step after pairing in Leagues. This will make it harder for win traders to secure the pairings they want, but players won't have the usual protection against joining a queue and forgetting about it or walking away. Once you click Play, your match will begin as soon as you are paired with an opponent, so make sure you keep an eye and ear out for the start of your match when you join the queue!

We understand that the new experience may take getting used to for regular players. We will be keeping a sharp eye on feedback regarding this change as we assess its impact on win trading.

Thanks to an increase in our card set development team, we are able to offer the Commander decks for this release—both Commander decks (the five-color Painbow and the three-color Legends' Legacy decks) will be available in the Magic Online Store on September 1 for $29.99 each.

The release of Dominaria United brings with it a whole mess of additional cards to the game thanks to our team's efforts. Mechanics such as the initiative and Backgrounds from Commander Legends: Battle for Baldur's Gate make their debut in partial form. Click below to see the full list:

Even though these mechanics are new to Magic Online, they function similarly to previous dungeons in the Duel scene and choosing a Commander in the Collection scene, respectively. Remember, you can only access The Undercity by taking the initiative while being outside a dungeon.

A Revamp of Treasure Chests

We have heard your feedback regarding card availability, particularly for cards that are only available via Treasure Chests.

All cards listed in the tables above are joining Magic Online with this release. This includes some cards featuring the initiative and Background mechanics, as well as some highly requested cards (#minscandboo, #maddeninghex) from a range of Commander sets over the past year.

To ensure we get these cards into your hands, we have added a new category within the Treasure Chests—"Treasure Chests-only" (TC-only). One of every four chests will contain a card from this smaller group in place of a random rare or mythic rare. This group also includes Dominaria United's Commander cards, the five cards from the Dominaria United Jumpstart Boosters, as well as the 20 mechanically unique Box Toppers. The idea behind this is that cards not available in Magic Online boosters should be more broadly distributed.

Meanwhile, we have been a bit too broad in the scope of what you can find in a curated slot of a Treasure Chest—many cards in there had been sufficiently given out. Also, because there used to be a chance of opening boosters and full sets in that slot, the sheer quantity of each card's representation was harder to parse.

Instead of anywhere from 24–72 slots devoted to a single card, we've simplified the slots down to single-digit quantities. Also, we've narrowed the focus to many highly desired cards from past sets and promo versions of the latest set or three. Fifteen percent of Treasure Chests will include a card from the curated list. Commander Legends: Battle for Baldur's Gate cards have been removed from the curated list and moved to the new TC-only category.

You can view updates to the Treasure Chest collation on this page. The next major update to Treasure Chests will be with The Brothers' War in November, though we do expect to do a fast-follow update to tweak individual card drop rates in about three weeks. We will announce this in the weekly blog.

As a reminder, once we come up from tomorrow's downtime, we are granting prestige avatars from both Double Masters 2022 (since June) and Streets of New Capenna (since April).

Now, let's look ahead to the new set. First up is the avatar included in the New Account Starter Kit and as part of Deck Builder's Essentials: Dominaria United—it's Deathbloom Gardener: 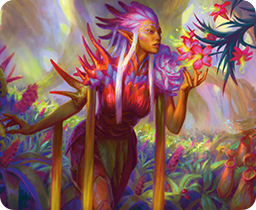 Next up are the six Treasure Chest avatars available only during this set's run: 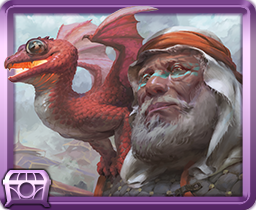 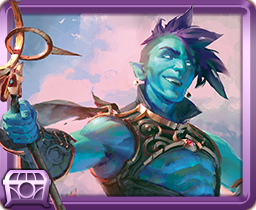 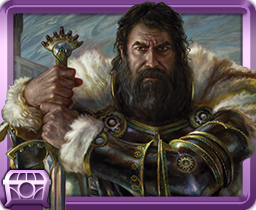 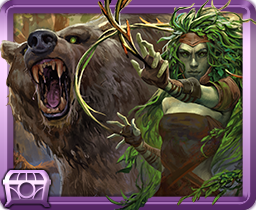 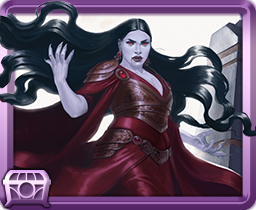 Lastly, we will dole out some prestige! As usual, you get five points for each Competitive trophy you earn in Leagues and one for each Friendly trophy. At the end of the season, you'll earn every avatar for which you qualify: 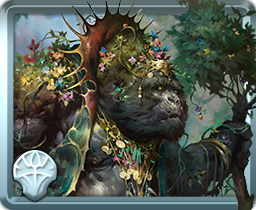 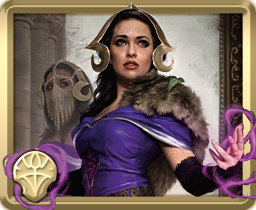 Earning at least five points gets you the uncommon Silverback Elder prestige avatar.

Earning at least 20 points nabs you the rare Lilliana of the Veil prestige avatar.

Here's a look at the schedule of events coming up between now and The Brothers' War:

We hope you're as excited as we are about our voyage back to Dominaria in Magic Online—enjoy it!