Welcome to Innistrad: Midnight Hunt—Magic Online Edition! As we return yet again to the haunted world of Innistrad, let this article be your beacon of information against the darkness of uncertainty. The clock is about to strike twelve, so we shan't waste any time!

Run with the Wolf

This is the first set of two in our incredibly spooky double Innistrad "block," and with it, we have all the usual trappings: Constructed Leagues reset, Limited Leagues end (including Modern Horizons 2), Treasure Chests update, format legalities change. This time is especially important, though. With this set, Standard rotates (or enters renewal for our MTG Arena friends). So, say goodbye to Throne of Eldraine, Zendikar Rising, Ikoria: Lair of Behemoths, and Core Set 2021, and let's welcome our new Werewolf overlords. Innistrad: Midnight Hunt events begin at 10 a.m. PT on Thursday September 16, so by the time you're reading this, you should already be able to go out there and draft to your heart's content. Awooo!

First up is day and night. Once a player casts a creature with daybound and nightbound, each player will get a reminder displaying which time of day it is, much like how monarch or ascend functions, and it will usually start off as day: 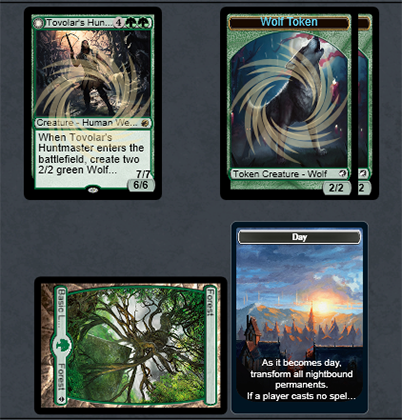 And, of course, once the action calms down, it will become night and permanents with daybound will transform to their back face: 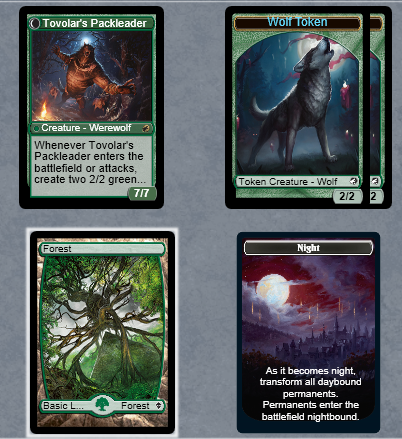 Next up, we have disturb. This isn't too terribly complicated: if you have a card with disturb in your graveyard and you have priority and are able to cast it, it will be highlighted, and you'll be able to cast the back face as the spirit it's always longed to be: 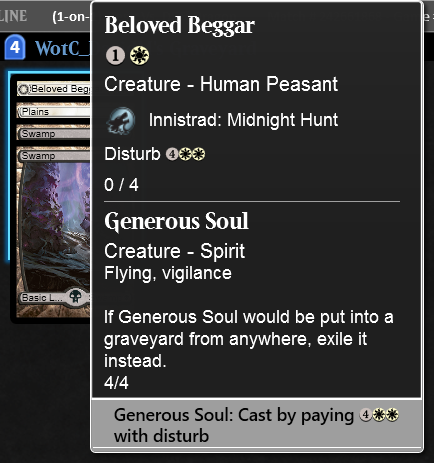 "If wishes were horses, beggars would ride."

Redemption will be returning for Innistrad: Midnight Hunt per usual so that you can turn an entire set of digital Werewolves into paper ones for playing at home! The dates this time around are:

Running with the Pack

In addition, we've brought one more card from Commander (2021 Edition), Laelia, the Blade Reforged, which some folks (me included) have been waiting quite patiently for:

We've also included the sweet basic lands from Unsanctioned for you to hunt down.

And, finally, we've brought Secret Lair's Showcase: Strixhaven to Treasure Chests, so you might find yourself opening one of these proto-Mystical Archive Cards! 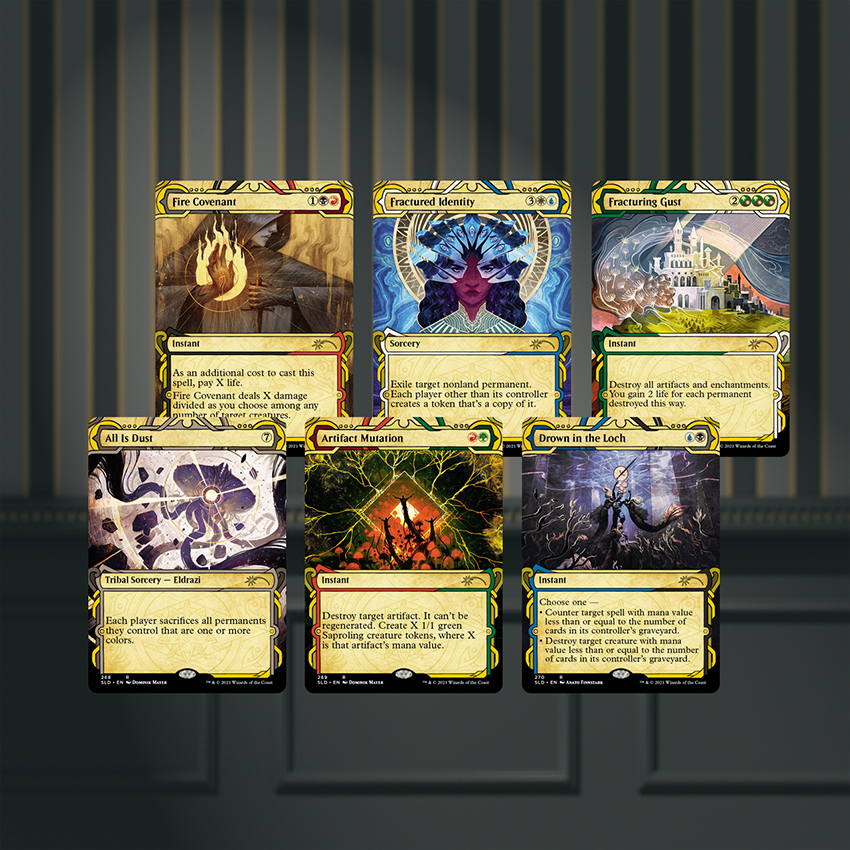 Now, let's check out the Avatars you'll be able to find in Innistrad: Midnight Hunt:

First up, we have Arlinn, Unleashed, which you can find in the Deck Builder's Essentials item or the New Account Starter Kit, both of which can be found in the Magic Online Store. 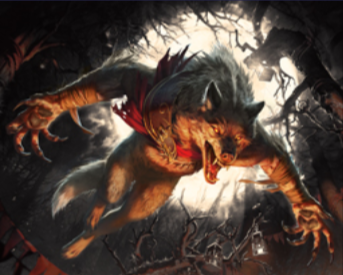 Next, we have the three prestige avatars. The prestige avatars for this set will be using the now-familiar system: you earn five points for each Competitive Trophy and one point for every Friendly Trophy. At the end of the Innistrad: Midnight Hunt season, if you can scrounge up at least five points, you'll receive the uncommon Saryth, the Viper's Fang Prestige Avatar. If you cobble together twenty or more points, you will receive the rare Liesa, Forgotten Archangel Prestige Avatar. And finally, if you have proven yourself the alpha of the pack by claiming 40 or more points, you will earn the mythic rare Tovolar, the Midnight Scourge Prestige Avatar! Violence can be death—or a way of life.

And finally, here are the avatars you can find in Treasure Chests. These are always tradeable, and while some are beautiful and some are goofy, others have issues. Watch out for those.

The Treasure Chest avatars for Innistrad: Midnight Hunt are:

And here's a preview of the alternate play experiences you can expect during Innistrad: Midnight Hunt. All events run for a week, except for Vintage Cube, which runs for three weeks. The Moxen must be drafted!

And that's all we can fit in this howling. We plan on continuing to bring you awesome Standard sets, new ways to play Magic on Magic Online, and enough cubes for the whole pack. As always, we welcome your feedback on Twitter or Reddit. We read as much of it as we can, and it truly does help us prioritize what we focus on. Whether this is your first visit to Innistrad, or your third, thank you for joining us on this lycanthropic journey.

So, rally the pack, bask in the full moon, and let the hunt begin!