All-Access On Sale Until June 25

Kreuger swept the Vintage Cube pod with mono-green, then nearly won the Modern portion as well, losing to Tom White's Grixis Death's Shadow in the pod finals. But an immediate rematch in the championship round led to Kreuger taking home $20,000 and the first invitation to next year's first Pro Tour in Charlotte!

Check out our coverage of the Season 1 Showcase on Magic.gg now, including the video coverage.

The qualifying season for the first tabletop Regional Championships begins on Saturday, July 2. On Magic Online, that means the return of Qualifier and Super Qualifier events!

These tournaments offer the same great digital prizes, as well as Leaderboard Points for those vying for At-Large seats to the Season 2 Champions Showcase. We have expanded the number of invitations awarded from these events—two from Qualifiers and four from Super Qualifiers. If you win an invite, you'll get entry to the Regional Championship in the fall served by your home country.

The schedule for the first set of Qualifiers/Super Qualifiers is shown below.

Additional events will be announced in late July or early August. For more details on these event, click here.

All-Access On Sale Until June 25

Good news. All-Access Weeks are back! From June 8–25, the Mythic Event Token will be available in the Magic Online Store, allowing players to use almost every card on Magic Online during the 20th Anniversary Series. 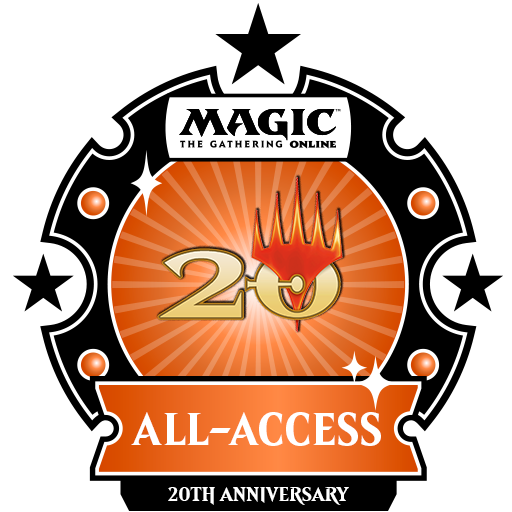 The Token is $25.00 USD, and the access will last until downtime on June 29. We'll remove all the Mythic Event Tokens from accounts and turn off All-Access during that downtime.

Note: Just like previous All-Access periods, certain cards (Secret Lair versions, Battlebond, and old-frame Power Nine) are unavailable. Also, cards with a red border in the Collection scene do not function and are not included. This includes Commander Legends: Battle for Baldur's Gate cards that are Backgrounds, or those that use the Choose a Background or taking the initiative mechanics, among others.

We're celebrating Magic Online's 20th birthday in one of the best ways we know how—tons of play! Try your hand at a variety of formats between June 9–24. They are five-round events scheduled every four hours around the clock! Earn a Finals Entry Token in both Constructed and Limited to get a spot into the 20th Anniversary Finals on June 25.

The remaining Play-Ins are now available to join:.

One of the largest prizes in Magic Online history—four regular digital sets of nearly every Vintage-legal expansion* in the game—will be awarded to the winner of the 20th Anniversary Finals this Saturday, June 25, starting at 7:00 a.m. Pacific time (14:00 UTC).

The Finals event will be available to join starting Thursday, June 23, at 10 a.m. PT, and registration is limited to 672 players. Due to a technical issue with the Constructed Entry Tokens, we will provide Rare Event Tokens Thursday morning to all Constructed Token holders—the Rare Token and a Limited Champ Token will be required to join the Finals. 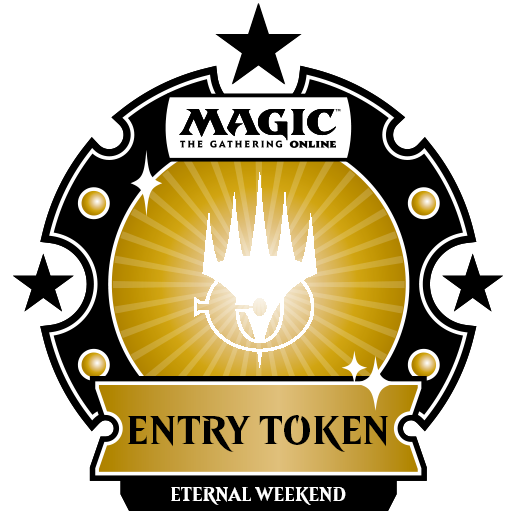 For more information, click here to read the dedicated article.

We've bookended this calendar with Moxen! Vintage Cube is back, powered up with Streets of New Capenna, and will run for four awesome weeks of cubing action. Check out the Vintage Cube page for the latest updates.

Players looking to prove their mettle against the best players in Magic Online will want to use their QPs to enter Magic Online Champions Showcase (MOCS) events such as the returning Showcase Challenges this weekend.

These MOCS events are a set of linked events designed to highlight the best players on Magic Online each season, culminating in the Champions Showcase and its prize pool of $70,000 and, starting with this season, invitations to the 2023 World Championship!

This event requires 40 QPs to enter. As with previous All-Access periods, players who have enabled All-Access are permited to compete in this round of Showcase Challenges. The Top 8 finishers from each event will earn a qualification token to enter the appropriate Showcase Qualifier in August.

The next downtime will be June 29, beginning at 9 a.m. and continuing until noon. All times listed are Pacific Daylight Time (UTC-7). This is to prepare for the release of Double Masters 2022.