Here is an old-school Magic puzzle that is quite significant. No, not because it features Clone which was just rereleased in Onslaught, but because it is the first puzzle Mark Rosewater ever had published, leading him down the long path that ended up at WotC R&D.

This puzzle appeared in The Duelist Supplement in May of 1994, before Legends was released, and features only original base set cards.

The text at the top says it all: "Your opponent is Sarah. The duel has gone back and forth with each of you taking bites out of each other's hide. You finally had the edge when Sarah took the initiative, Paralyze your Hill Giant, Weakness your Black KnightClone, and squeezed you with a Black Vise. Realizing that you cannot survive another attack of Sarah's creatures, you have decided to make your move. It's the beginning of your [first] main phase; defeat Sarah this turn without dying yourself."

The answer still works under current rules, and we'll publish that answer tomorrow! 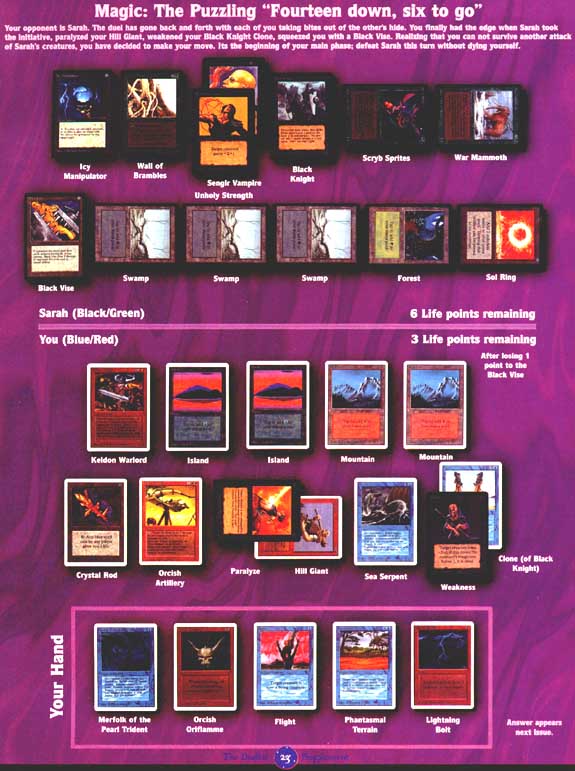