One of the fun things about working with Richard is that he's always working on new games. But you need to be careful. It always starts the same; Richard will come walking up and say, always very innocently, “You have a few minutes? I want you to try a new game.” 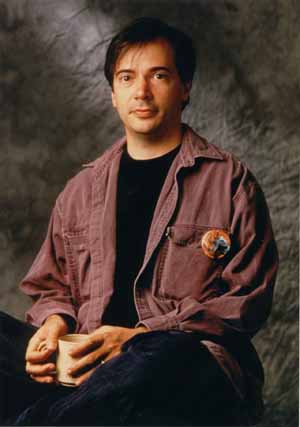 Now, for those of you that have never played a game with Richard Garfield, I know this sounds exciting, but for members of R&D, we know the hidden truth. Yes it is fun, but it's like quicksand. You see, after Richard asks, the response is always “How long will it take?”

The answer is always: “Fifteen minutes.”

But you see, in Richardese, “fifteen minutes” means “however long it will take”. But Richard's games are good. He's the best game designer I've ever met and in my line of business you meet a lot of game designers. So, you often say “Okay.”

Then the real fun begins. You see, if Richard is asking you over, that means he's still testing the game. And that means that the rules aren't exactly nailed down yet. And conveniently they always seem to change when it would benefit Richard the most. Richard claims this is pure coincidence but then this is the man that always says it'll take fifteen minutes.

So, if you're ever lucky enough to have Richard Garfield ask you to playtest one of his new games, at least you'll have some idea what you're in for.