laneswalkerPoints.com is updated and it looks awesome! Featuring the fire-topped Chandra, it is clear we are leaving the city-plane of Ravnica behind as we turn toward the upcoming Magic 2014 Core Set. I enjoyed our stay on Ravnica, but I've got the wanderlust to go explore somewhere new, and a new core set is just what I need.

What is Planeswalker Points?

Planeswalker Points is the program where Magic players earn points by playing in sanctioned Magic events. These points rank you against your friends and Magic players around the world.

I will miss my Boros on my PlaneswalkerPoints.com, but the new theme for Magic 2014 looks fantastic! Hopefully you all will adjust to the new look and feel without too much trouble. 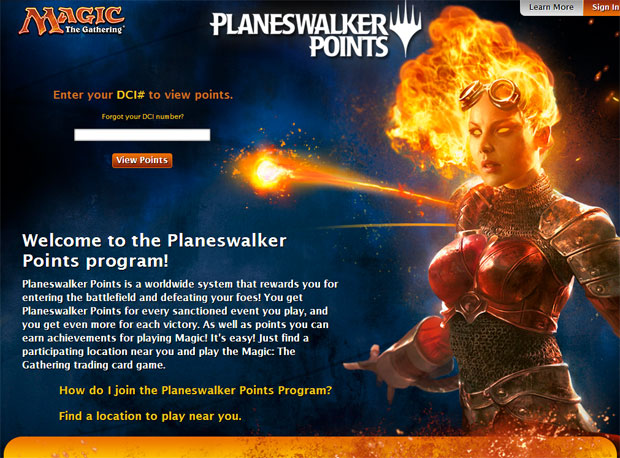 Along with the new skin on PlaneswalkerPoints.com, we've rolled out some feature updates and bug fixes, as well as the new suite of achievements. Let's take a look at the new achievements players can earn! 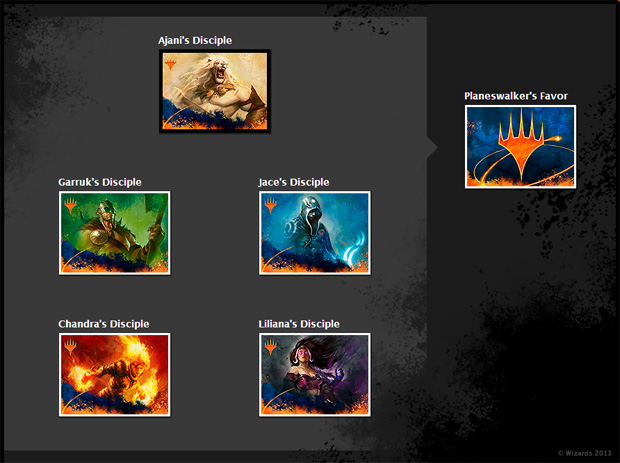 There are six achievements to earn by playing in the Magic 2014 Prerelease. Five of these are tied to the latest core set's pantheon of Planeswalkers. At the Prerelease, there are five Planeswalker achievement to pursue. For each one you complete, you'll get a card with a unique code to enter into PlaneswalkerPoints.com and earn the "Disciple" achievement for that Planeswalker. 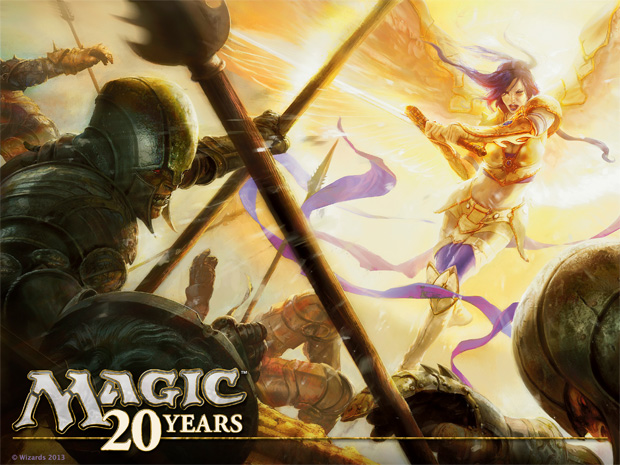 As some of you may know, this is Magic's 20th anniversary. One way to commemorate this year is to earn the "Magic 20th Anniversary Gauntlet Runner" achievement, which requires you to participate in events of all the following types, starting from today through the end of 2013:

There is a Magic Celebration on September 7, 2013, for the Magic 2014 Core Set. Magic Celebration is an event where stores provide free events to players, inviting new players especially to come compete for prizes and celebrate the awesome game of Magic. Everyone who participates in the event will earn a special achievement!

There are a handful of other achievements that we will be unveiling when their time comes and a few surprises that might pop up. Go check out the new PlaneswalkerPoints.com and see what new achievements you've earned and what level you're up to!