ast month, eight people received a suspicious email inviting them to a mysterious meeting at Wizards. Gathering together in a secure location with Graham Stark of LoadingReadyRun, and some shadowy figures from the Magic brand team, they were presented with a unique opportunity. 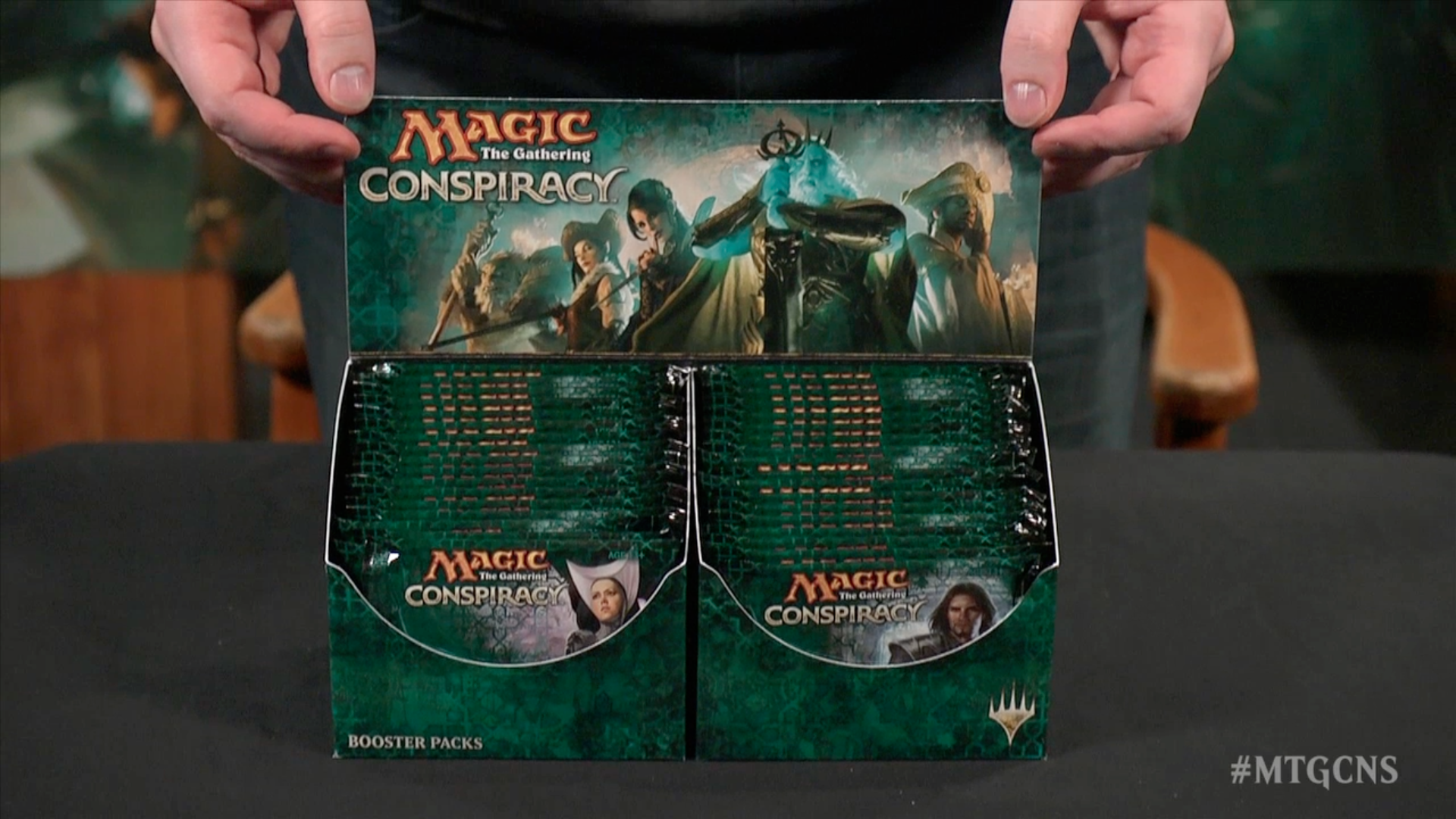 We filmed these eight people drafting Conspiracy a full two months before the release! The excitement was only slightly diminished by the necessity of signing the Nondisclosure Agreements in blood.

We premiered the video during last weekend's Pro Tour Journey into Nyx coverage, and we're happy to present the Conspiracy draft and play video here!