n Magic, calling something "the best" is a statement loaded with challenges. What's the best card? Every argument is situational when talking about cards and a given metagame. Who's the best player? A player coming off a Platinum season might miss the cut at the next Pro Tour. How does that rate against a mid-tier pro who keeps earning a handful of Pro Points at every event?

I'll leave the card debates to the hundreds of thousands of players cracking booster packs every day. But when it comes to players, that's more my territory. Let's take a look at the top four finishers at the 2013 World Championship:

And that's only looking back two months. What about the accomplishments of recent Pro Tour winners Craig Wescoe, Tom Martell, Stanislav Cifka... or last year's Player of the Year Yuuya Watanabe? Where does the argument stop?

I'd like to introduce the Magic Top 25 Pro Rankings.


Congratulations to Josh Utter-Leyton, the first No. 1-ranked Magic pro! 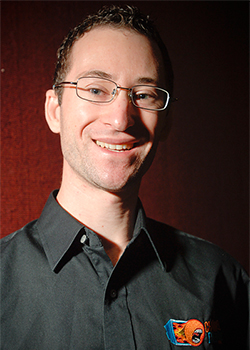 So how do these rankings work? The system tracks the pros over two seasons, blending their Pro Points from each. The rankings will be updated each Wednesday at 9 p.m. Pacific, along with the rest of that day's DailyMTG.com content. The rankings also have a permanent home at www.wizards.com/magictop25.

Developed by Erik Lauer and Lee Sharpe, the ranking formula ensures that a player's successes from the previous season matter in relation to how much of the current season has been played. It also achieves a vital goal: The Top 25 rankings will perfectly match the Player of the Year standings at the end of the season because all of the current season's points will have been awarded (meaning you're multiplying a player's previous season point total by 0). It made no sense to have a rankings system and a Pro Point system that didn't match when it came time to crown the Player of the Year.

Because the total number of Pro Points to be given out in the 2013–14 season is dependent on Pro Tour attendance (since each competitor earns at least 3 points), there will be slight modifications to a player's previous season points multiplier after each Pro Tour. But because so many points will be coming into the system and decaying from the previous year, that adjustment should be relatively invisible.

We decided on this formula rather than a simple rolling 52-week Pro Point total because the formula flattens out the spikes from past events. In a rolling model, Stanislav Cifka would plummet in the rankings 53 weeks after Pro Tour Return to Ravnica, when the 30 points he earned at that event left the system—making that week's ranking changes all about what happened a year ago, not what happened a week ago. The formula allows for his 53 points from last season to be removed gradually over time.

We also considered a subjective poll voted on by members of the community or a combination of many different objective and subjective rankings. But as US college sports have shown, those sorts of polls lead to vast amounts of fruitless hand-wringing and arguments. Having worked through years of that in my days as a college sports editor at ESPN.com, I wanted a better system for Magic. Short, sweet, and to the point—this is no bloated BCS hydra or out-of-touch coaches poll. If you do your best against the best, your ranking will show it.

With more than 10,000 Pro Points still up for grabs in the 2013–14 season, I'm excited to see how the weekly debate of who's No. 1 unfolds. Join the conversation on Twitter with #mtgtop25!

Editor's note: These rankings have been updated to fix an error in Yuuya Watanabe's point total.