You Make the Card 4 - Enchantment

Welcome back to You Make the Card, where you, the Magic-playing community, get to collectively design a Magic card. We can now announce that the card we will be making is...

While there was an initial flurry of tweets and blog posts discussing the epic battle between enchantments and lands, more involved works soon followed. Inkwell Looter made a graphic guide to the options involved. There was no attempt at impartiality.

There was also some premature, if prophetic, disappointment. Kevin Cron, in the So Many Insane Plays podcast, said, “I want a shirt that says: ‘Don’t blame me. I voted for land.’“ 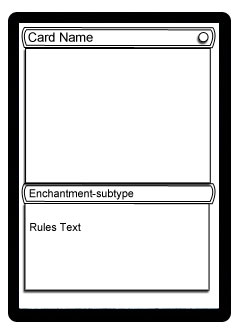 The next step is to decide what color our enchantment should be. A spell’s color affects what sorts of effects it can have. In Magic R&D we have a thing we call the “color pie,” a concept that illustrates the differences in the philosophy and mechanics of each color. Colors have access to some abilities, both not to others. For instance, blue can counter spells, but can’t destroy permanents. For a more detailed explanation of why the color pie exists, read this important article Mark Rosewater wrote. 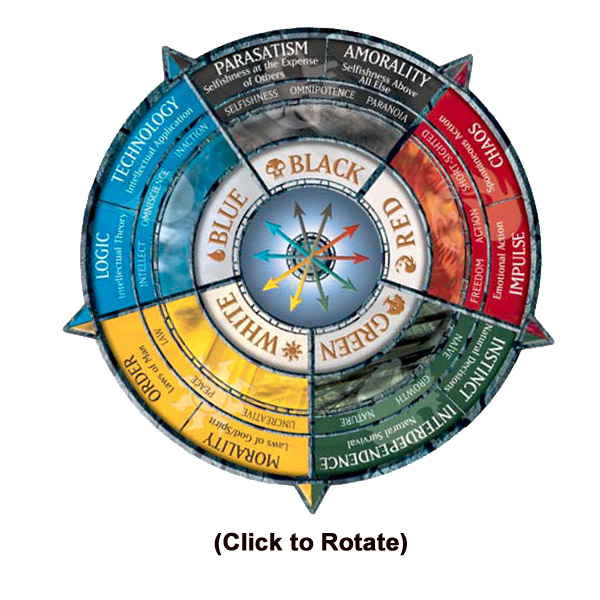 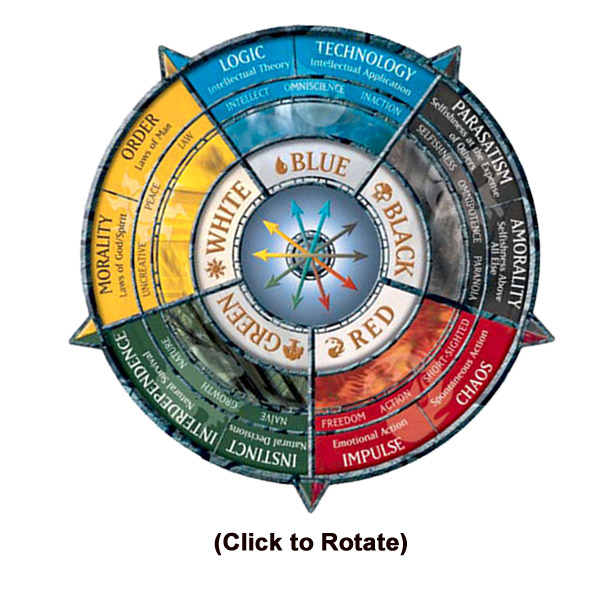 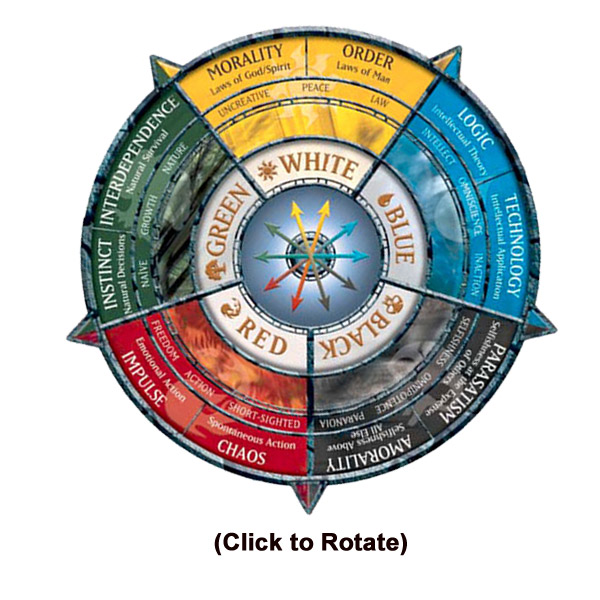 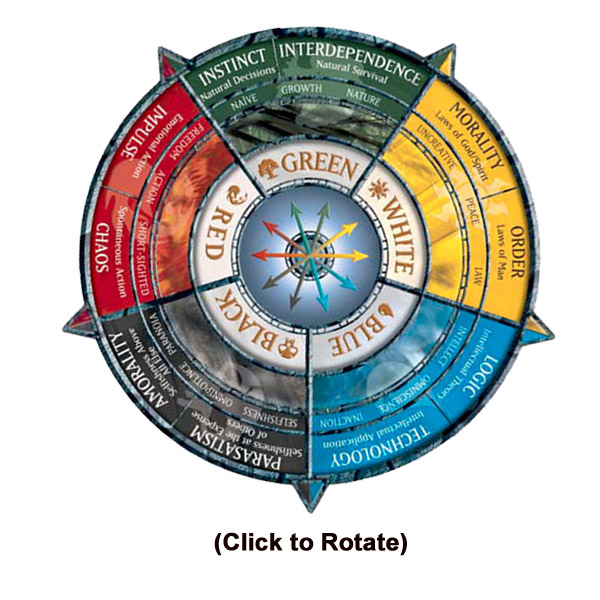 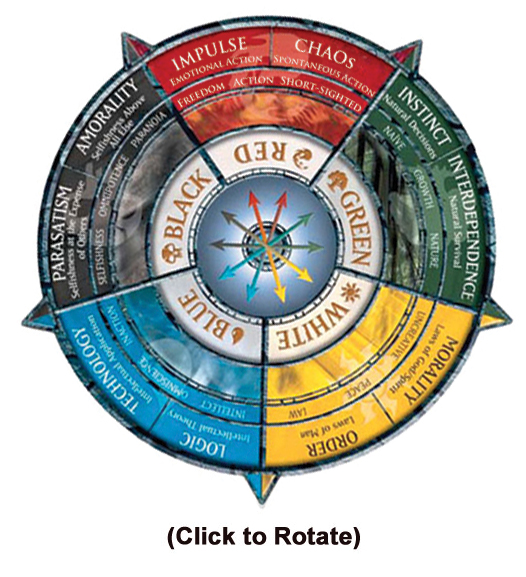 The choice of color will impact what kind of rules text our enchantment can have, so it’s important to choose carefully.

For that reason, this is one of a handful of votes where... we aren’t going to let you vote yet! We want you as a community to really discuss and talk about the options before we let you all mash the vote buttons.

So we will open the polls April 2, 2013, and they will remain open for a shorter period, closing Thursday night at midnight.

You can discuss this vote using the Twitter hashtag #ymtc3, or discuss it in this article’s thread or on the forum of your choice. To discuss You Make the Card in general, use the hashtag #ymtc.